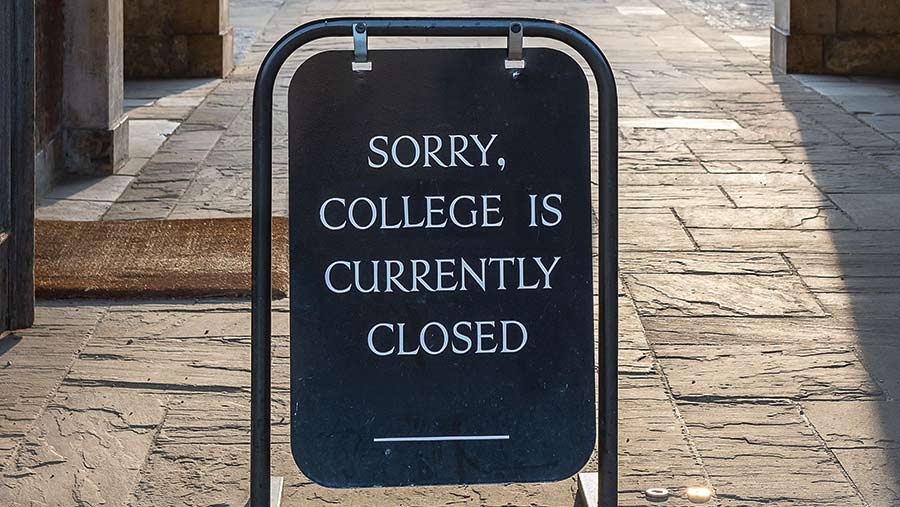 Colleges and universities around the country closed their doors as the UK went into lockdown.

This presented big challenges for students, who had to adjust to new ways of studying, faced a premature end to the academic year and found themselves having to cancel holiday jobs.

Though the Covid-19 crisis has brought practical and financial problems for young people, agricultural students are facing the situation pragmatically.

We hear from two about how they are staying positive. 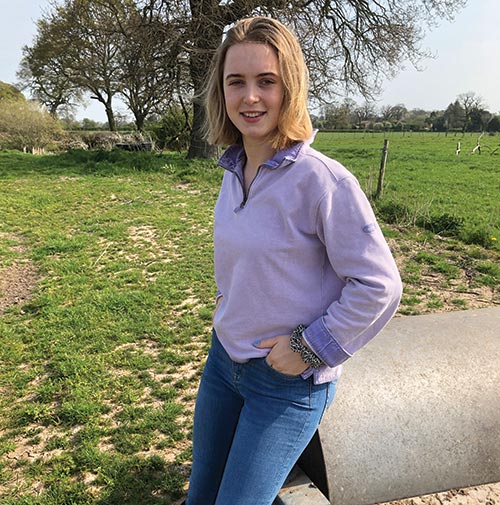 Charlotte is keeping her fingers firmly crossed her sandwich-year job will happen as planned. The 22-year-old, who’s in the second year of an agriculture with animal science degree, still expects to start her placement with a nutrition company in early June.

“As of now, it’s still going ahead, but what exactly I’ll be doing might change depending on the movement restrictions, as my role would have involved a lot of travel between farms.”

Charlotte is living with her family in Shropshire, where she’s been busy preparing for open-book exams and completing assignments using online learning material.

“Working at home has its challenges, but I set myself targets and am quite self-motivated – as long as I have regular tea breaks,” she says.

“Our lecturers have been great and they’re always at the other end of an email to answer any questions.”

Inevitably, the Covid-19 crisis meant a premature end to the academic year, she explains.

“I was living in a student house and we’ve ended up emptying that and moving out, which felt really bizarre.

“It wasn’t a task we were expecting to have to do until early June, but we’re all now working on the principle that we won’t be going back for the summer term.

“The legendary summer ball has also been cancelled, which I’m gutted about. It’s one of the highlights of the Harper year, with everyone’s traditionally in great spirits, having finished exams.

“As well as having my health, I’ve got a garden, a field and a horse, so can spend time outside, unlike so many of those who live in towns and cities.”

Charlotte says technology is really proving its worth and is taking advantage of online ways of staying in touch, such as the Zoom and Houseparty.

“Not seeing friends in-person is rubbish and doing it online isn’t quite the same, but the interaction is nice and really important to keep everyone’s spirits up.”

Another disappointment for many young people has been that they’ve had to cancel travel plans.

“I took a year out before I went to uni and, as well as working on a couple of dairy farms to gain experience and earn some money, I spent some time in the US.

“The sheer scale of the ranches over there was unlike anything I’d seen. It gave me a different perspective and I learned a lot.

“I’m someone who likes to have a long-term plan and the current turmoil won’t derail my plans to pursue a career in the nutrition sector.

“I love being around livestock and nutrition is such an important job – it’s crucial to get it right for the welfare and performance of the livestock and for the viability of the farm business.” 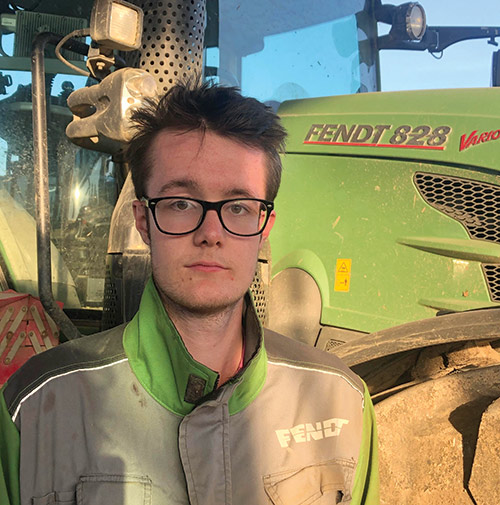 Thomas says he’s so busy that it feels like “business as usual” for much of the time, although watching the news can still be shocking. The 19-year-old is helping at his family’s Hampshire-based farming and contracting business, in tandem with focusing on college work in the evenings.

Studying remotely requires extra self-discipline, but the college has been brilliant and the lecturers are amazing, says Thomas. He hopes to begin an agriculture degree at Sparsholt this autumn, after completing the second year of his Level 3 agriculture qualification.

“That was the plan, but nobody knows what the situation will be then. It’s not impossible that we’ll still be in lockdown.

“Everyone has adapted their behaviour in the current crisis. We don’t mix with a lot of people anyway – we feed the stock and spend a lot of time on our own in a tractor – but we’re making sure we’re taking precautions such as handwashing and social distancing.

“Not being able to see mates hasn’t been too tough because most of them are from farming backgrounds and it’s such a busy time of year now and right through the summer that it’s rare we’d get much time to meet up anyway. I do miss the occasional evening in the pub, though.

“It’s also hard not seeing my girlfriend, who’s a Sparsholt student, too, but we’re keeping in touch by text and Snapchat in the day and we FaceTime in the evenings.

“I haven’t seen her since the day we left college and I don’t know when I will be able to again. We all have to respect the rules, though, and that means not doing any non-essential travel.”

Thomas is concerned, however, that many people are still not listening to the government advice and are leaving their houses unnecessarily.

“I see a lot of walkers on footpaths – sometimes the same people passing three times a day and the route they’re taking means they’ll have had to have been out for more than an hour.

“I also worry about my nan, who’s in her 80s. She lives on the farm and I used to visit her all the time, which I’m obviously not doing now. We take her food, though, and leave it outside her door.

“We’re all just taking it a day at a time at the moment. In some ways, the contracting side of the business hasn’t changed, but cattle prices have been badly hit.

“I don’t understand why they’ve fallen so much – people still need to eat, after all.

“I’m quite an upbeat and cheerful person by nature and, as there is nothing we can do about the current situation, I try not to get too down about it.

“I’m fortunate – no one I know has been affected by the virus and my work means I can be outside, still able to enjoy the fresh air and have the sun on my face.”