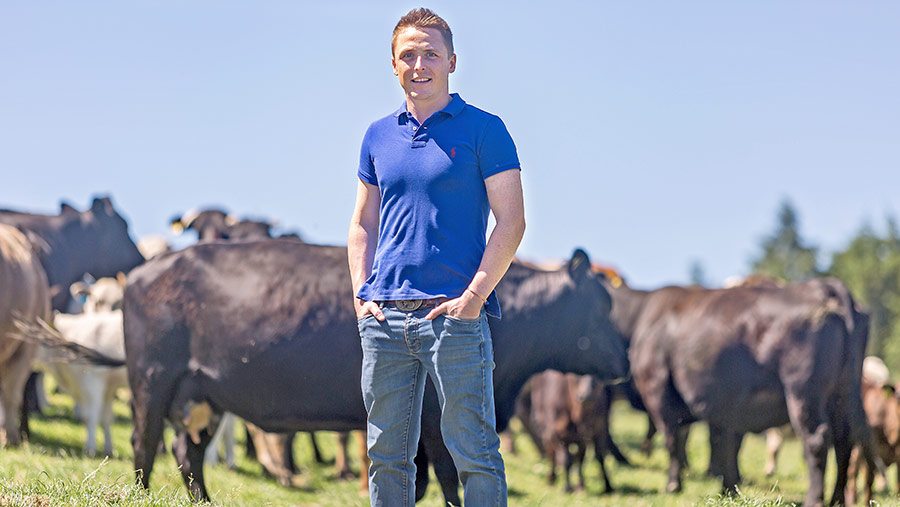 When it comes to deciding the most iconic British dish, we really are spoiled for choice. How about a full English fry-up? Or fish and chips?

To me, both of these are a close second and third to the clear winner – a traditional roast beef dinner. However, the main component of that celebrated meal – British beef – is coming under serious threat.

The UK beef sector is reaching crisis point. The national suckler herd is diminishing rapidly for a variety of reasons.

There’s the constant threat of bovine TB – a disease that decision-makers refuse to tackle head-on, even when they clearly know the best course of action.

The evidence is there in black and white. Frustratingly, and as appears to be the norm with politicians, they are scared of the repercussions and rather more concerned with gaining votes than protecting livelihoods.

Furthermore, it is likely that NVZ-type regulations are going to be enforced across Wales, which could see the end of suckler cattle in the hills.

The financial return is not there for many farmers to reinvest in the right infrastructure to comply with the ludicrously tight regulations that would be placed upon us.

This is of grave concern to me and many others. Suckler herds in the hills provide the vast majority of store cattle bought by finishing units.

A reduction in herd sizes will have a knock-on effect on the number of beef kilograms produced in the country.

As a nation we are not self-sufficient in beef, so we can ill afford for this to happen and for us to become reliant on imports which are produced to standards that would be illegal in this country.

A pragmatic way forward is needed when it comes to NVZ regulations, not a one-size-fits-all approach.

At time of writing I have received another demoralising market report text from Hyby Cig Cymru, showing that the England and Wales prime cattle average price is down seven pence on the week.

The beef price is nose-diving – and this is a weekly trend to which I am becoming well-accustomed.

On our farm we have been reducing our suckler herd gradually over the past few years due to the economics of that part of the business being truly unsustainable in the current climate.

Britain is the country of origin of some of the most popular breeds of cattle in the world, such as the Hereford and Aberdeen Angus.

Cattle raised for beef have been part of this nation’s landscape for centuries. But now I wonder whether this is the beginning of the end for the UK suckler herd as we know it, especially in the hills.