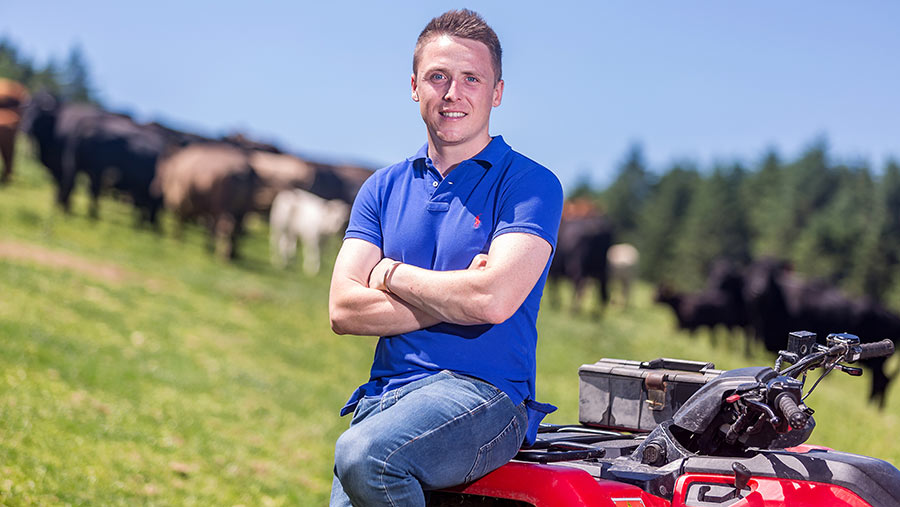 As we update the calendar in the kitchen from 2018 to 2019, it’s important that as young farmers we do not buy into all the doom and gloom that is surrounding the industry at the moment.

You only have to open any form of social media platform to be presented with a homepage full of people harping on about the impending downfall that is approaching on 29 March.

Then we have the crazy militant vegans spouting complete absurdities about the ethics of livestock farming, as well as a host of so-called climate scientists trying to point the ‘global-warming finger of blame’ at farmers.

See also: Why Jacob Anthony is FW’s Young Farmer of the Year for 2018

To some, more trivial than anything else, the fact there will be no beloved post-lambing trip to the sunny seaside town of Blackpool for the Young Farmers’ annual convention.

Although these challenges are very real and we should not ignore the testing times that they present, we need to remember not to get to despondent.

As farmers we are a resilient bunch; we are used to tackling difficulties head on, adapting and most of all maintaining a positive attitude when most “normal” folk would have given up long ago.

You have only got to reflect on the year we’ve just had to see this. It presented us with extreme weather conditions – such that I have never seen in my lifetime and nor has my father for that matter.

We started the year by facing the ‘Beast from the East’, a snowstorm that saw us here in South Wales receive the brunt of its might.

As difficult as it was, we and many other farmers found a way to pull together, to look after not only our livestock’s well-being, but also that of the local community.

Farmers helped keep the country running during this tough period. Then the rain arrived, just in time for lambing. We received an unprecedented amount of rainfall during our April lambing period – 105ml to be precise – well over double that of our 10-year average for this period.

Crucially, we got through this. Just when we all thought things could not get any more extreme, the record-breaking challenge of the year arrived.

No, not being a Welshman having to put up with listening to deluded English football fans harping on about it coming home – I mean the crippling drought.

This was definitely something I never really expected to affect us to such an extent here in the South Wales valleys – but boy, oh boy it sure did.

These were worrying times, not in more than 50 years had natural on-farm water courses became bone dry. The shortage of precipitation made grass terribly short, throwing up a major problem in terms of feed.

Again, we came out the other side. The rain eventually arrived, grass started to grow and a late harvest was gratefully received. Oh and not forgetting, England didn’t bring it home in the end.

Time to step up

Last year was just another example of a time that was sent to test us; another exemplary case of how hard our chosen profession is.

But most of all, the year demonstrated how we as farmers tackle anything that is thrown at us, are able to take challenges on, improvise, adapt and find a way to resolve endless different adversities.

As young farmers we must not let anything deter us – it didn’t stop the generations before us. So be positive, embrace 2019 and grab it by the scruff of the neck because this is our time to step up.

Let’s be another generation of doers, among an industry full of people that always do. Keep smiling, don’t get despondent and power on through.

Fifth-generation farmer Jacob Anthony is the 2018 Farmers Weekly Young Farmer of the year. The 25-year-old runs 1,000 breeding ewes and 300 head of cattle on 283ha near Bridgend in South Wales.