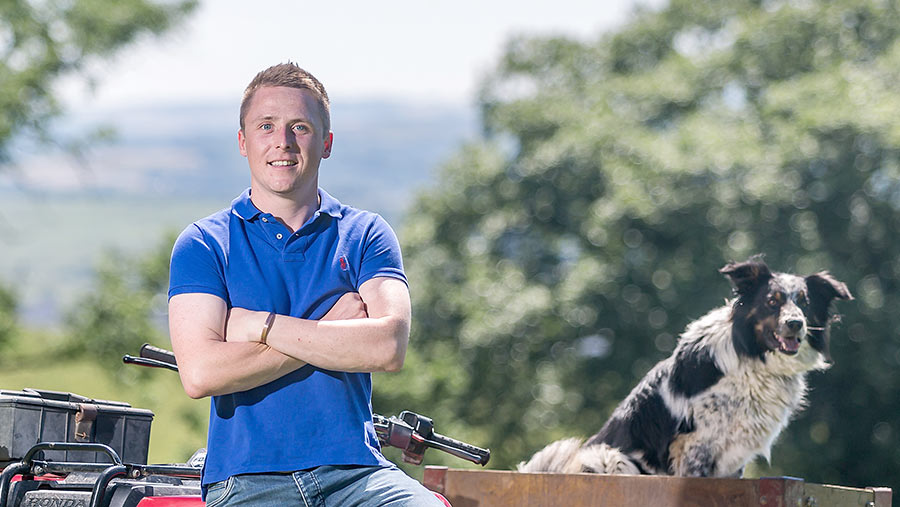 In the current climate it is nigh on impossible to get about your daily routine without the topic of Brexit raising its head.

The news is becoming tediously boring, with the constant merry-go-round and childish bickering on show from both camps.

There is one thing, though, that even the strongest of leave advocates cannot help but admire about the Europeans – the solidarity among their farmers in testing times.

See also: Young Farmers Festival 2020: Everything you need to know

Social media has been awash with images and videos over the past couple of weeks of Dutch farmers in their tractors coming together and swarming the Hague.

They are protesting at what they see as unfair climate regulations. They caused havoc on Dutch roads, but I think it’s fair to say that they have made a statement; one that people will have taken notice of.

This is not a one off. Farmers on the continent can be seen time and time again coming together to make a stand and protect their livelihoods.

I truly believe that British farmers can learn lessons from the way that our European counterparts show a willingness to work as a collective union when faced with adversity from the likes of powerful supermarkets and governments.

Unfortunately, we don’t seem to have the same attitude in this country. The majority here would be more than willing to stand up for the industry by any means, but there is a significant minority who peddle the mantra of “everyone for himself”.

For me, a poignant example of this is the farmer-led “No lamb week” campaign of 2015.

This came about because of the crash in the price of lamb. We, like many other farmers, held off selling that week to take a stand against the retailers, disrupting the supply of lamb and raising media and public awareness of the situation.

Very disappointingly, though, a few farmers decided to capitalise on this and cash in on the lack of lambs on the market to sell at a premium.

They may have received good prices for their lambs that week, but the following Monday it was back to normal. Could you ever imagine a group of French farmers doing this? No, because they show solidarity.

We need to realise that we are stronger together. Farming in this country is struggling through incredibly uncertain times at the moment and we cannot simply sit here and complain while doing nothing.

I am not advocating Extinction Rebellion-type protests, as most of those sky-high clowns are just out to cause disruption for the sake of it. We need the public on side.

Ultimately, we all want what is best for the farming sector as a whole, and accomplishing big things will always easier when we work together.