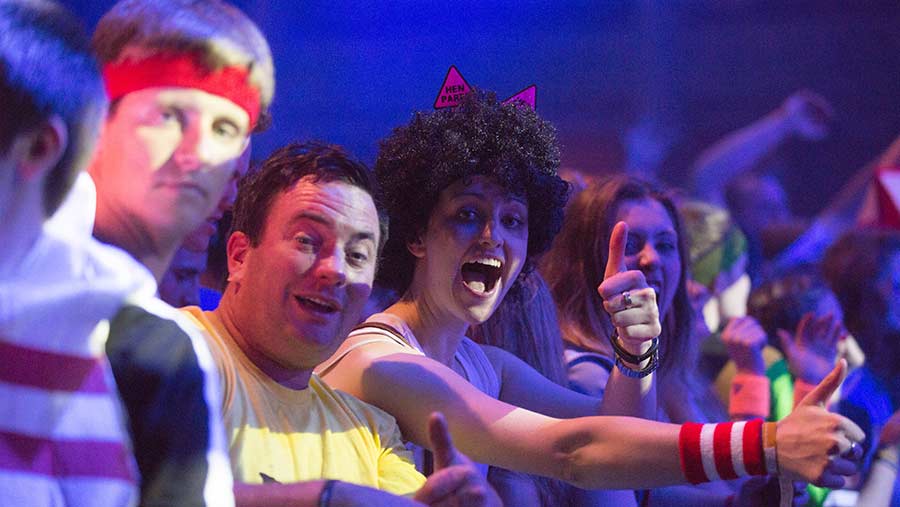 Rugby union player James Haskell has been announced as the headline DJ for the closing night of this year’s Nation Federation of Young Farmers Clubs (NFYFC) Annual Convention in Blackpool.

It means Young Farmers heading to the northern seaside town in May have extra reason to be dizzy with excitement, as the Wasps player will play Sunday night of the biggest and best weekend in the YFC calendar.

Taking time out of his hectic training schedule, James says he’s looking forward to cracking out the tunes for 5,000 YFC members in the Winter Gardens on 6 May.

See also: We chat to James Haskell about young farmers, tractors and rugby

“I very rarely get to DJ but getting to play in front of 5,000 Young Farmers at their Annual Convention is really exciting. If they’re anything like the farmers I’ve met before then they like a good night out,” he says.

“I’m really looking forward to seeing them in their club shirts and letting their hair down.

“But it won’t interfere with rugby – I won’t be drinking, I’ll just be dropping the tunes and then heading back home ready for training the next day.”

Check out our exclusive interview with James Haskell about his love of rugby, music and JCBs. Here’s his message to Young Farmers.