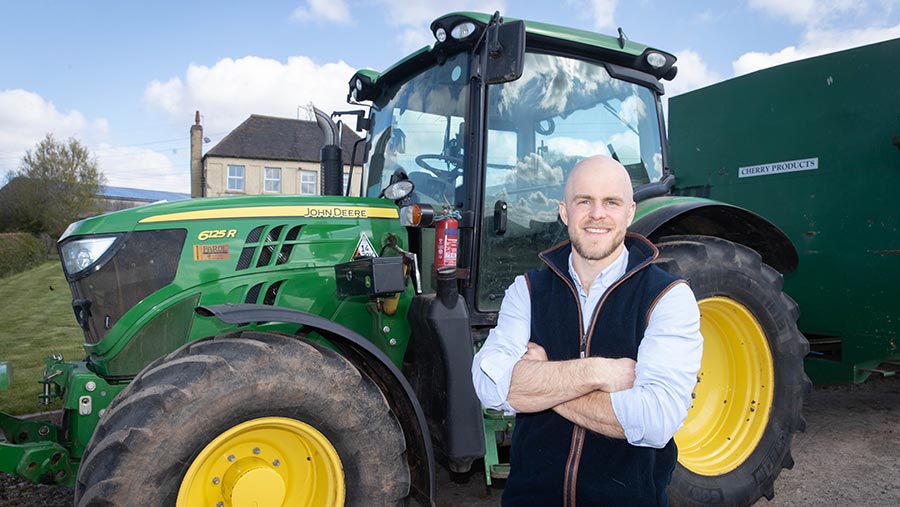 Socially, I consider myself rather fortunate.

I’m a white, heterosexual male from a farming background, which sums up the vast majority of us who work in agriculture.

Other than a little bullying at school for being the farm boy among predominantly suburban and inner-city kids, it has all been pretty plain sailing.

That said, I’m not unaware of the prejudices that can sometimes exist within the farming community.

Of late, there has been an amazing movement to recognise the roles that women play in agriculture and it’s one I hope continues to flourish.

Unfortunately, I have noticed a worrying stereotype that seems particularly rooted within the farming community. One that has no place in the modern world – homophobia.

Recently, Farmers Weekly published an article detailing a competition to design a rainbow-inspired tractor livery for a Massey Ferguson 8S.

The winner will have their design brought to life and showcased at Birmingham Pride in September – something I thought was a brilliant idea.

However, the comments left by others showed differently.

The sheer quantity of “tag a mate for a laugh” type comments were enough to turn the stomach.

It made it abundantly clear that homophobia and discrimination are rife within the farming community. This is not okay.

You are passionate about building a future in agriculture, but then you read those comments. How would that make you feel? Pretty terrible.

At a time when agriculture needs support and new blood, such individuals could be driven away from the industry.

Being gay does not affect your ability to work in agriculture; in fact, some of the best farmers, reps and industry professionals I know are gay.

Agriculture should offer a safe space for people who don’t fit the classic stereotypes, not be a hotbed for abuse and discrimination. If this was a school report card, it would be emblazoned with the words “Must do better”.

As for the now-dubbed “Sassy Ferguson”, I would happily show my support for the LGBT community and put it to work on my family farm.