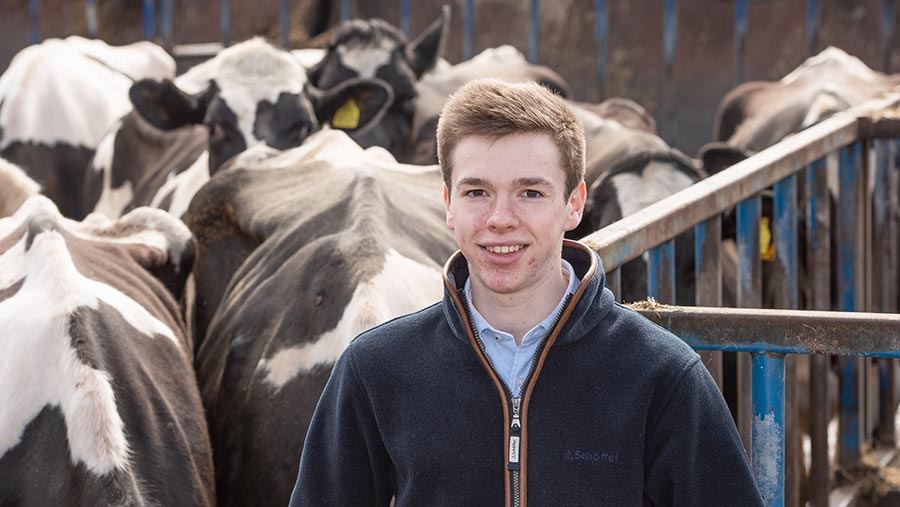 A few weeks ago I agreed to engage in a head-to-head debate with a vegan called Nik for a BBC Three series about differing opinions.

I had mixed emotions about accepting because my belief has always been that engaging in these types of discussions is pointless – and in all honesty, they are often a waste of energy, especially when it’s an online debate.

So what changed my mind? Well, I have come to the realisation that we can’t become afraid of telling our story just because there is a risk of getting online abuse.

Let’s face it, this is exactly what the activists want, and if we don’t tell our story then someone else will – and not in the way it should be told.

Keep calm and carry on

I have heard from numerous farmers recently that they feel nervous about promoting British agriculture, whether on social media or face-to-face. My plea to those people is simple: please don’t give up.

I understand it can sometimes feel like you’re talking to a brick wall but, believe me, your voice will be heard by the people you want to reach.

Try to find the right balance between avoiding pointless confrontations and telling your story to the world. And most importantly, stay positive.

The BBC Three debate I engaged in proved a lot of things, but crucially it showed that the task at hand isn’t a difficult one. If you take a step back and listen to what your opponent is saying the likelihood is that it doesn’t contain much fact or truth.

Activists will try to trip you up. They want you to say something that they can twist into a warped “truth” about how we produce food, which will scare the average consumer. Don’t let them!

I approached my debate with Nik in a relaxed and confident manner, calmly demonstrating by my responses that I know what I am talking about. He quickly realised he couldn’t outsmart me on farming knowledge.

His only resort was hyperbole and hypotheticals. This is exactly what you want, as your opponent will begin to dig a grave for their own argument – even (as in Nik’s case) talking about their crystal ball if you’re lucky.

Just as the farming community needs to be aligned when engaging in these types of conversations, we also need to agree where we draw the line.

There is nothing wrong with being vegan. However, if lies are spread about British farming standards, we need to get involved.

I know I have previously written about not engaging with heated debates, and often this can still be the best course of action.

However, if an opportunity presents itself for facilitated and open debate, or you get the chance to shout about all the good things British farmers do, make sure you grab it with both hands.

This issue is not going to go away any time soon. As long as we ensure we relay accurate information that allows informed decision-making, we will retain consumers’ trust for the years to come.