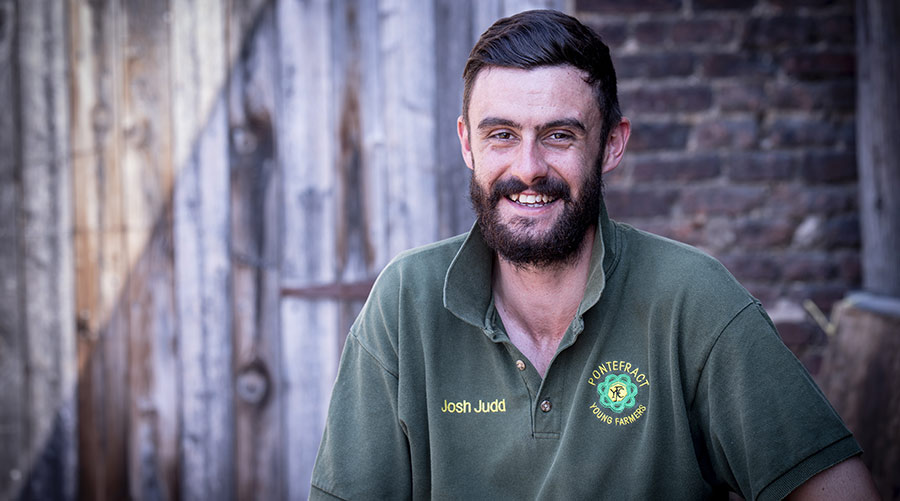 Harvest 2019 was damp, to say the least. I had to shovel the spring barley off the floor, like most people I suspect – it could have done with cutting almost a fortnight earlier than the weather allowed.

Meanwhile, the wheat managed to stay standing for the most part and wasn’t such a bad crop when I had finished. The next challenge will be deciding when to sell it.

Everyone is telling me to hang on to it because they think the price will rise, which is all well and good but it could go the other way too.

With so much uncertainty surrounding the dreaded “B word”, will I be better just getting rid of it and having the money in the bank? If only I had a crystal ball.

It’ll soon be time to start drilling again. This year will be a bit different to last, as I am in the process of sorting the tenancy on another block of land, which will take my total area up to around 90ha.

Most of the new block is marshy grassland, so it’s going to mean a change in farming practices – it’s an exciting, as well as daunting, prospect.

Eye on the environment

From my point of view it’s a pretty big area of land to be responsible for, but I am keen to invest in the challenge and hope to leave it in a better state than I received it. After all we’re only borrowing it from the next generation.

I’m a conservationist at heart and have always being very interested in preserving and enhancing the wildlife around the farm.

This is one thing I am passionate about continuing, now that I am managing a bigger area. The new block is in an Entry Level Scheme (ELS) agreement and I’m eager try to better the great work that the previous tenant farmer has done.

I’m overwintering the spring barley land with a cover mix of black oats and phacelia. In the absence of enough farmyard manure to cover the ground I am farming, I was looking for something to add a bit of organic matter back into the soil.

My agronomist and I decided this would be a better mix option, than just mustard, for what I want to achieve.

Hopefully this will help to increase the productivity of the land, most of which has been quarried for sand and gravel, so isn’t in the best condition.

I’ve also got around 8ha of wild bird mix and wildflower mix already established, so there’s plenty of cover and food for the birds over the winter in Methley.

The rest of the arable land will be cropped with winter wheat and barley, all I’m waiting for now is the seed delivery and I will be able to crack on with the drilling next month.

Despite a bumper yield this year, I’ve decided to grow a reduced area of facial hair into the autumn, cutting my bushy beard back to a moustache which makes me look like a farming Freddie Mercury. It’ll take some getting used to.