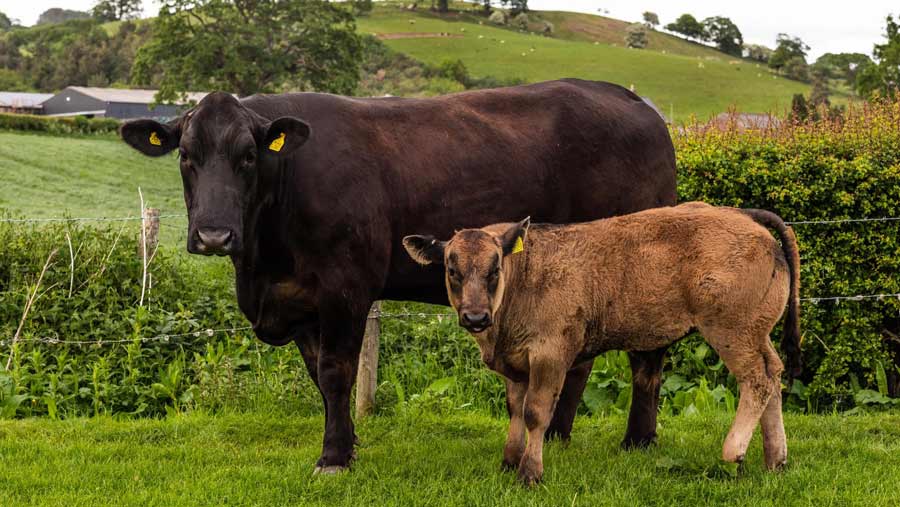 A close friend of a young farmer who took his own life is selling a heifer and calf to raise money for the mental health farming charity the DPJ Foundation.

Sam Davies, 25, from Llangedwyn village in Wales, died on 30 April while attending a young farmers gathering in Blackpool.

Sam’s friend, livestock farmer Ryan Morris, will sell the Limousin-cross cow and calf at Welshpool Livestock Market on Monday 30 May.

Ryan, 26, had bought the pair from Sam and his father, Ari, 12 months ago and said he wanted to donate the money to the DPJ Foundation in memory of his good friend.

Tom Davies, another close friend of Sam, and an auctioneer at Welshpool mart, said he hoped the charity auction would help raise awareness of the important work the DPJ Foundation and other mental health charities do.

“Agriculture is well known for being a lonely industry, and the DPJ champions the idea that you don’t have to face your problems alone and there is always someone you can talk to,” Mr Davies, 30, told Farmers Weekly.

The Welsh mental health charity was established in 2016 and offers counselling support and mental health training for people in farming, as well as using social media to raising awareness about the importance of mental health.