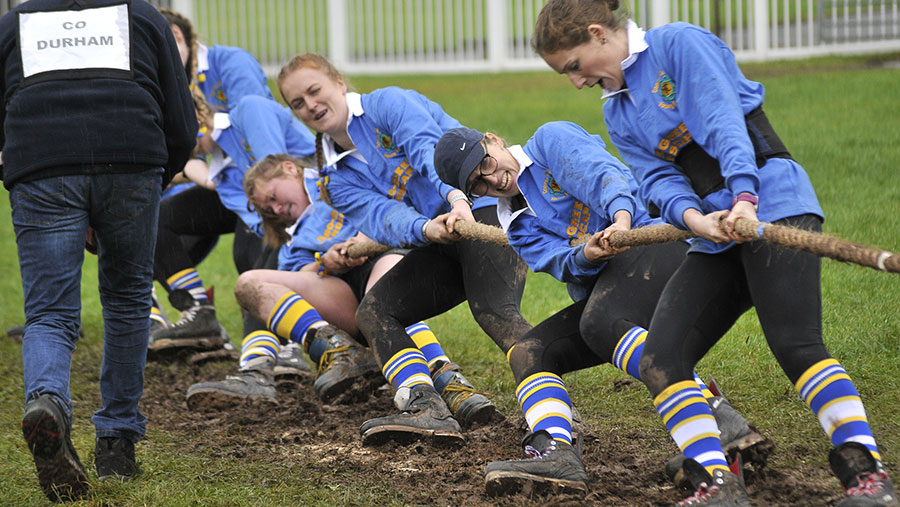 The National Federation of Young Farmers’ Clubs (NFYFC) has reported a rise in membership numbers as the rural youth group kicks off its annual campaign week, this year focused on sustainability.

There has been a 17% increase in the number of young people, aged 10-28, joining NFYFC in September this year compared with those who signed up in September 2019, before the coronavirus pandemic.

The encouraging figures follow a difficult period during the pandemic for many of the 581 Young Farmers’ Clubs (YFCs) across England and Wales.

Restrictions limited much of their usual activities and clubs have been working hard to recruit new members and get training courses and events up and running again.

National Young Farmers’ Week, which runs from 25-29 October, is looking to build on the renewed interest in NFYFC, which is celebrating its 90th  membership year.

The Queen, who is patron of NFYFC, paid tribute to the “notable milestone” and said she was pleased to hear clubs were meeting in person again.

Throughout the week, YFCs will be promoting the work they do in their rural communities.

This year clubs have been set the challenge to improve the environment through litter picks and other sustainability projects as part of “YFC Operation Green”.

A new club training session that focuses on preventing plastic pollution, created with the Environment Agency, will launch on Thursday 28 October.

Clubs will be urged to run the session throughout the membership year to encourage young people to talk about the effect, scale and sources of plastic pollution in rural environments.

Rachel Golide, NFYFC chairman of council, said: “It’s great to see so many rural young people rediscovering YFC and choosing to shape a more positive future for themselves through the many opportunities being a YFC member offers.

“We must ensure NFYFC is around for many more decades to come, and that means not only protecting the organisation, but also our planet. YFCs play a key role in their rural communities and together we can have a big effect on our local environment.”

Ellen Helliwell, a former member of Hope Valley YFC in Derbyshire and Penrith YFC in Cumbria, who also stars as the shepherdess in the Amazon Prime programme Clarkson’s Farm, said: “Experiences such as stockjudging, rallies, the tug of war and public speaking helped to build me as a person and gave me skills to use later in life in my career.

“I have had so much fun along the way. I don’t really know why anyone would have to think twice about joining YFC. It’s a no-brainer.”