Roles in the sports industry and on a farm in Kent might seem worlds apart, but Alex Myatt is applying skills learned in the former to the latter.

Alex, who returned to the family fruit farm two years ago, says her background in physical education, sports coaching and performance analysis taught her the importance of training and motivating every single person in a team or business to operate at the peak of their ability.

In an operation employing 180 workers – mostly Romanians and Bulgarians – at the height of the season to pick rhubarb, cherries, plums, apricots, strawberries, blackberries and raspberries, such an approach can make a massive difference, the 26-year-old says.

See also: Job profile: What’s it like to be a pig unit manager? 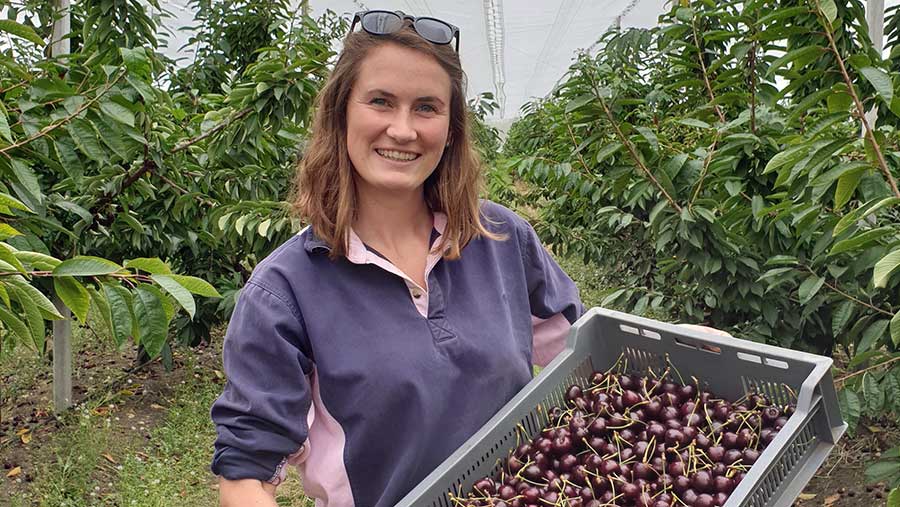 “Everybody learns differently, but technique is key so we put a lot of time and effort into training,” she says. “If you watch a really fast picker, they follow a very specific process and they’ll stick to that. There’s absolutely no time wasted.

“Because we employ so many temporary staff, it’s vital they’re as effective as they can be – for the business’s benefit but also for theirs, because the more they pick, the more they earn. We want to help them improve, get faster, do the job to the best of their ability and be the best they can be.

About 70% of the people she takes on each year are returning workers who can apply the previous year’s training straight away.

While in her final year studying Sport and Physical Education at Cardiff University, Alex also worked part-time for the Welsh Rugby Football Union.

The job saw her filming games, then re-watching them and compiling stats for the coaches on individual players’ performances in terms of, for example, possession or passes.

Alex, who has also taken on husbandry responsibilities at J Myatt & Co, the farm set up by her parents 25 years ago, wasn’t always planning to return to the family business.

As someone who had always had a passion for sport – as a teenager, she competed in modern pentathlon and even had a spell on the British pistol shooting squad – she was convinced this was the sector in which she’d forge her career.

“After I left uni, I was travelling and doing ski seasons in tandem with helping on the farm at busy times. I’ve always used my summer savings from the farm to fund trips to such amazing places as South America, New Zealand, Fiji and Bali.

“Every year, Dad would give me a bit more responsibility and, the more I learned about the farm and the different techniques of growing fruit, the more fascinating I realised it was.”

Two years ago she didn’t fancy another ski season, so decided to give a winter on the farm a go – and she never left.

“I’ve been too busy to think about missing skiing, plus we keep expanding, so I’m constantly learning about the business and marketing side.

“I’m a practical, outdoors sort of person so there would have just been too much time spent sitting in front of a computer in sports performance analysis,” she admits.

The family business is now based at Mockbeggar Farm in Rochester which her father’s uncles, Simon and Peter Brice, used to run.

When they retired, Alex’s parents took on parts of that business, and Alex is now the fifth generation of the family to farm there.

Although she gets to ride horses most days, her time available for sport is limited at present. So how does she get to scratch that itch of competitiveness?

“I channel my competitive spirit into producing the very best fruit we can.” 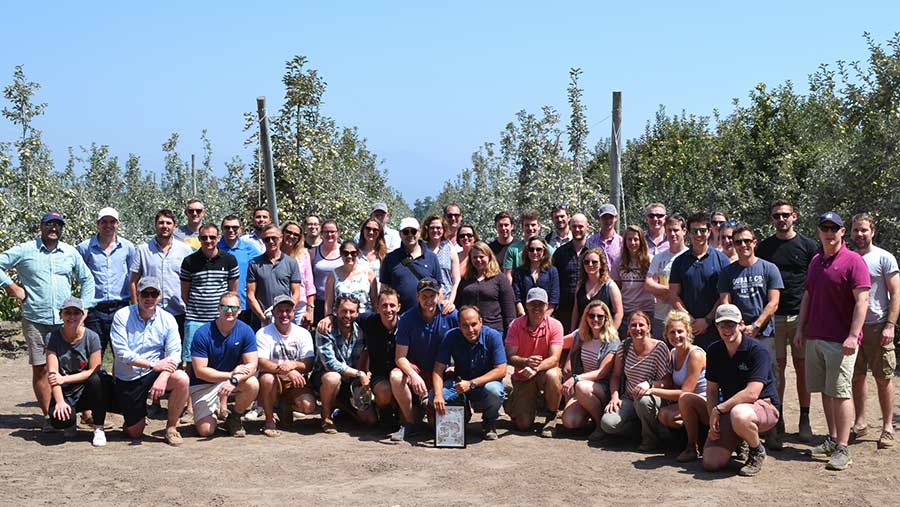 This is a charitable foundation which runs educational events and visits, acts as a networking platform, encourages young people to pursue careers in the sector, and fosters its next generation of leaders.

“It’s a great way for people in their 20s and 30s to learn more about all aspects of the sector,” says committee member Alex. “We even went on a fact-finding trip to Chile earlier this year which was fascinating.

“I’d definitely recommend young people consider a career in the fruit sector. It’s vast, varied and there are many different opportunities.”