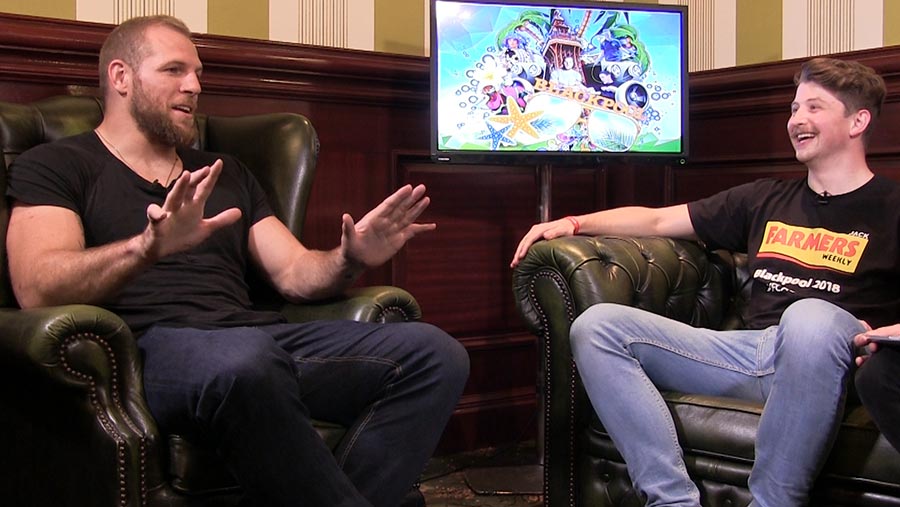 The Farmers Weekly team caught up with rugby star James Haskell ahead of his headline DJ set on the closing night of the 2018 Young Farmers Convention (4-6 May) and challenged him to a cheeky game of “cock or bull”.

During an exclusive back-stage interview, James was tasked with guessing the identities of various agricultural and exotic creatures in a quick-fire round of the hilarious game before entertaining thousands of Young Farmers at the Winter Gardens in Blackpool on Sunday (6 May).

Last year the FW team played this farming-themed game with Radio 1’s Scott Mills and Chris Stark before they took to the stage at the 2017 Annual Convention in Torquay.

See also: All the coverage from the 2018 NFYFC Annual Convention

Watch the video below to find out how James got on as he attempts the bizarre “cock or bull” game with our reporters Jack Yates and Andrew Meredith.