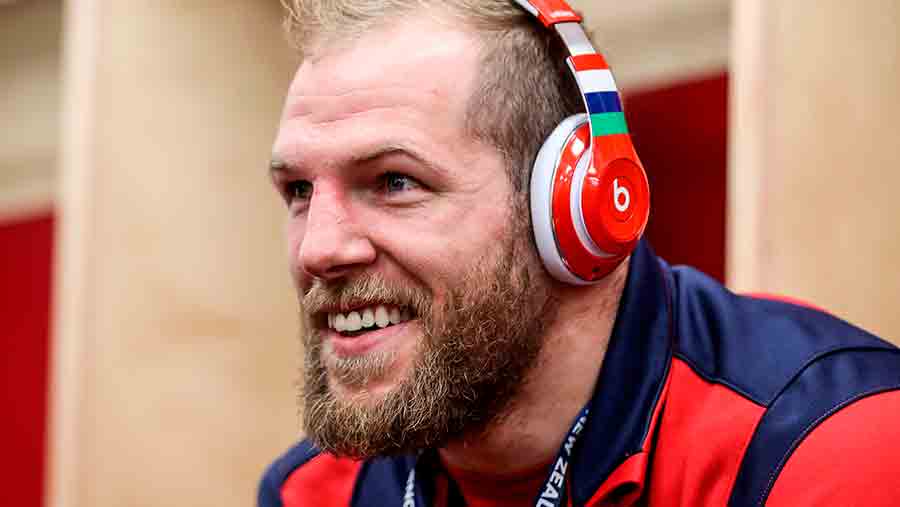 Rugby union star James Haskell has been announced as the Sunday night headline DJ at the National Federation of Young Farmers Clubs Annual Convention in Blackpool on 6 May.

The 75 times capped England and British and Irish Lions rugby player spoke exclusively to Farmers Weekly about music, rugby and his love for JCBs.

What was your first impression when Young Ffarmers asked you to DJ?

Excited. I’ve DJed at Harper Adams University a couple of times and it’s always carnage there. I know farmers love to have a party.

Obviously, the Annual Convention is the opportunity for them to get a weekend off farming, to meet their mates and go wild. It’s going to be a big evening.

How would you describe your DJ set?

There’s going to be good house music – that’s what I’m all about. Good bangers, stuff people want to dance to. People want to enjoy themselves and I want to make people smile.

How does DJing complement your professional rugby career?

Music has always been a tool I’ve used pre-and post-game to focus myself or come down after a match or to put yourself in a good mood.

DJing is obviously something that I turn down far more than I can do, because having late nights is not really conducive to a professional rugby player’s lifestyle. But I just love the buzz of standing at the front of a room and controlling the crowd.

What’s top of your pre-match playlist?

There was a bit of Coldplay and Walking in Memphis back in the day but now my personal tastes have changed a lot and I’m into a lot more techno stuff – but I certainly won’t be playing any of that at the Convention.

How familiar are you with farmers and farming?

I’ve grown up around farms and always lived near them. I’m obsessed with farm machinery and have rugby playing friends who are farmers.

But if you want the inner workings of the farm system in the UK, I’m probably not your man.

Where does your love for machinery come from?

My mum tells me I used to calm down whenever there were roadworks with diggers. We had a farm behind our house so used to just sit and watch the machines, which I was obsessed with.

I always said to myself I’d feel like I’d made it if I had a car on the driveway and a JCB next to it and at the moment I have that situation.

You have two books on nutrition and diet is crucial to stay at the top of your game, how important would you say meat and dairy are to a balanced diet?

I eat meat all the time. I believe it’s important as part of a balanced diet. I also drink whole milk. If people want to stop eating stuff for a period of time then that’s great, but I firmly believe you should be eating red meat, lamb and game too.

I believe there’s a lot of nonsense written about meat. If it is responsibly farmed and it’s produced to high standards there is no problem with it.

Is there a tangible difference playing against professional rugby players who are also farmers, such as Sean O’Brien, Dan Lydiate and Richie McCaw?

We call it Dad strength, and Sean O’Brien definitely has this. He’s always on the farm and either in a machine or hunting and shooting – he’s definitely got farmers hands too.

Rory Best and the Youngs brothers are the same – they bring that extra physical edge, that abrasiveness, that conditioning that comes with working long hours.

They have good work ethics and they understand about putting the time in.

What’s your message for the Young Farmers before they head to Blackpool?

Get ready for a good evening. Make sure you behave yourselves, drink responsibly and have fun.