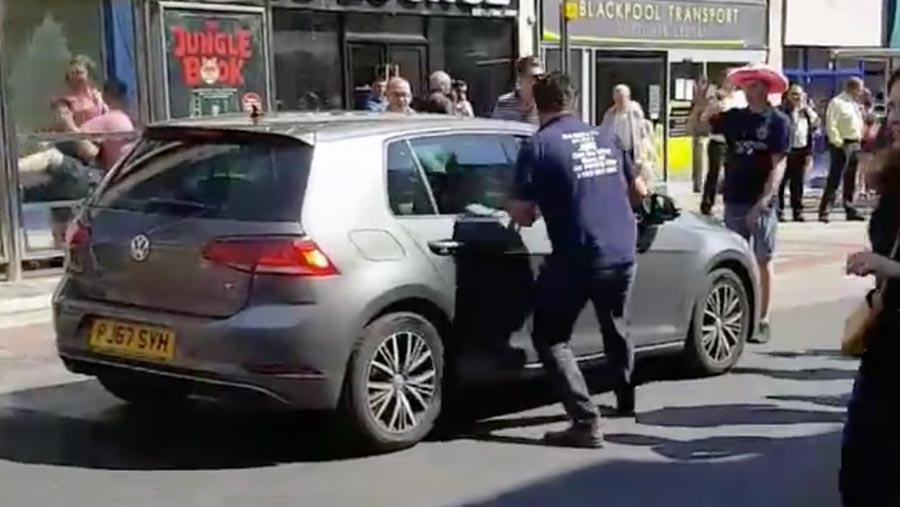 Some young farmers involved in antisocial behaviour incidents during the annual convention in Blackpool have been identified – and NFYFC has vowed to take swift disciplinary action.

The organisation’s chief officer James Eckley has thanked those who have helped an urgent investigation into reported cases that are believed to have happened in the Lancashire seaside town during the convention.

One incident, filmed by a security worker, appears to show a YFC member kicking a passing car while others block the busy street and swear loudly.

See also: All the coverage from the 2018 NFYFC Annual Convention

In the same footage, another member sneaks up to the open window of a stationary car before taking the keys from the ignition and throwing them into the road.

NFYFC’s national chairman Lynsey Martin said she felt “ashamed” after watching the video, adding that “the actions of a few have tarnished the reputation of so many.”

More than 6,000 young farmers were attended 2018 annual convention over the bank holiday weekend (4-6 May).

In a statement released on Wednesday (9 May), Mr Eckely said that the organisation is taking the issue “very seriously” and stressed that the future of the annual convention weekend in Blackpool could now be at risk.

He called on members to “pull together and show what it really means to be a proud member of a Young Farmers’ Club”.

“The behaviour that has been highlighted is not in line with NFYFC’s values and ethos. The federation is now carrying out its disciplinary process to ensure that those involved in causing antisocial behaviour are removed from the organisation,” he said.

These people cannot be identified publicly for legal reasons, but Mr Eckley said that all incidents are being investigated and appropriate action will be taken with the support of the local authorities.

“We offer reassurance to Blackpool residents and businesses that the viability of this event is under scrutiny. A review process is already under way with the event management team, which will also involve Blackpool authorities.”

Anyone with concerns or information related to incidents that took place in Blackpool during the annual convention are asked to email agmteam@nfyfc.org.uk.