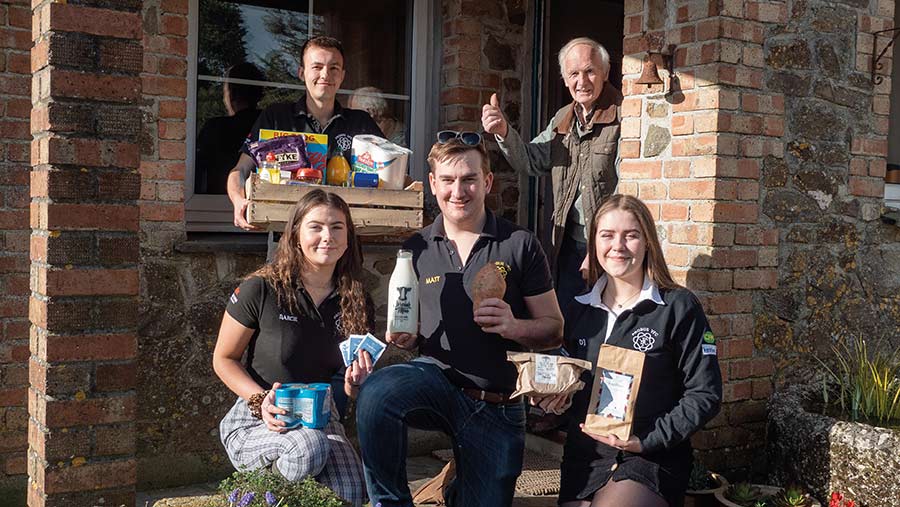 The age ceiling for membership of the National Federation of Young Farmers’ Clubs (NFYFC) has been raised from 26 to 28 to help the federation’s recovery from the coronavirus pandemic.

From 1 September 2021, Young Farmers Club (YFC) members can join or remain a full member of NFYFC until they are 28, which means they can still compete at events and access all the benefits of membership.

The motion to lift the age ceiling was proposed by Abbie Williams of Gwent YFC and seconded by Bryony Wilson of Montgomery YFC, and voted on at the federation’s annual general meeting on 29 April.

In February, the NFYFC urged young farmers to support their club after an alarming drop-off in membership renewals as a result of the coronavirus pandemic.

Ms Williams said: “More older members can help guide, support and lead a club. They have the knowledge, experience and maturity to help with the challenges that lie ahead.”

The fall in membership was discussed at the AGM and Ms Williams highlighted that it took five years for membership numbers to fully recover after the foot-and-mouth outbreak in 2001, so it was prudent to take action now.

The NFYFC said YFCs would need to update their club constitutions at their next annual meeting to reflect the decision made at the national meeting.

Individual clubs can choose to retain their current membership limits if they do not wish to recruit members above 26.

The NFYFC will provide template documents and a guide on how to change the club constitution.

NFYFC chair of council Rachel Goldie said the decision by YFC members was clear, with the age increase gaining a high percentage of the votes.

“It may also offer more incentive for young people returning home after university to re-join their YFC and to be part of their clubs for longer. NFYFC’s constitution will now change to support this decision and the NFYFC council will monitor and review its impact.”

During the meeting, concerns were raised about the increase in the upper age limit and the impact this would have on the youngest members making decisions for the club.

Nigel Owens has been re-elected as NFYFC president for 2021-22 at the federation’s annual general meeting.

The former international rugby referee said he was honoured to be elected again and hoped that the easing of Covid-19 restrictions would mean he could get out to meet more members in the coming year.

Mr Owens was first elected as president last August. It was the first time an NFYFC president had been elected online and most of his duties throughout the year have been performed digitally.