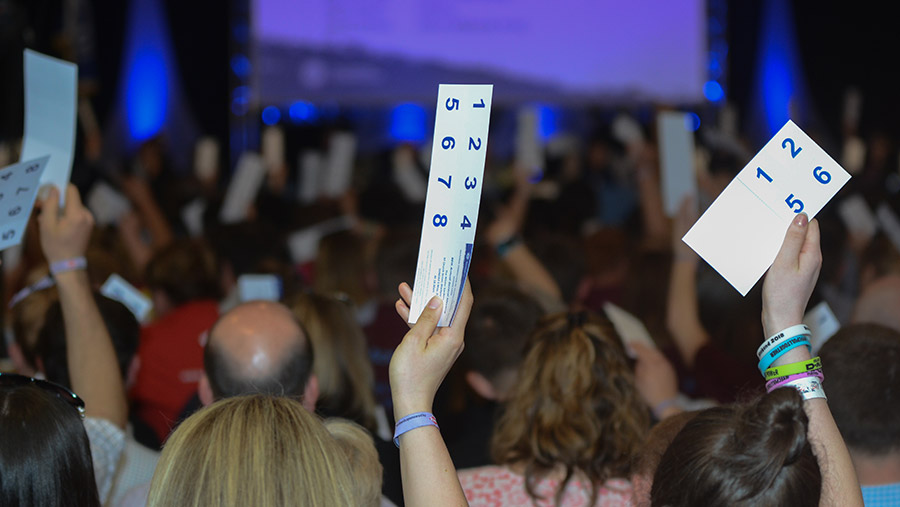 Young Farmers will have their say on a proposal to increase their membership levy by 50% at the national federation’s AGM this weekend.

The controversial motion, which amounts to members paying an extra £9.36 a year on average, is being pitched by the NFYFC’s council as a way of plugging a long-standing and growing deficit in the national organisation’s budget.

A perfect storm of funding cuts, external revenue sources drying up and the axing of the hugely popular annual convention have all put pressure on the federation’s purse.

This financial headache has been flagged for several years, with levy rises to address the spending shortfall proposed at previous AGMs being dismissed by members or watered down to only accept small increases.

The NFYFC’s chairman of council, Katie Hall, said the choice made by members at the AGM this Sunday will dictate the future of the national organisation and the services it provides, adding that voting the motion down would effectively be an act of self-harm.

“I am proposing a 50% increase to the membership fee because we need to invest in our national organisation if we want it to thrive,” she said.

“The support services NFYFC provides to our YFC clubs and county federations is incredible and if we, as members, can not pay an extra 18p/week to ensure we continue to get this support, then we are damaging our own futures.”

Some members point to the notable lack of an annual convention this year as being at least partly to blame for the financial woes.

A spokesperson for the national organisation stressed that while the figures showed it made a profit, the staffing time needed to host the event “didn’t make it that profitable.”

After cases of anti-social behaviour overshadowed the event last year, the “high risks” associated with running the annual convention again, combined with “conditions” set by the host towns, would have resulted in the big weekend likely becoming a cost rather than a money-maker for the federation.

Members will also debate whether holding club meetings in pubs is appropriate at the AGM. Pubs are common meeting places for local YFC clubs, but the NFYFC council wants meetings held in the public bar area to be banned.

Meeting in function rooms of pubs would still be acceptable and encouraged to support local and often rural businesses.

A motion to consider whether clubs’ regular meeting places provide “a safe, inclusive and appropriate environment to ensure everyone is comfortable, including the parents/guardians of those under 18” will be put forward.

“I want YFCs to understand that should this motion be passed, it would still be acceptable for club meetings to take place in meeting/function rooms of public houses,” said Ms Hall.

“We understand that local pubs often provide a free space to meet and it can be a great place to connect with the local community.

“What we want to debate is the issue of club meetings taking place in the bar area of a pub where there can be distractions and where non-YFC members are present. The bar is not an enclosed area for a club meeting and it could make some younger members feel uncomfortable.”

Nearly 50% of the national membership is aged under 18, with one in three of those members 10-14 years old.

The AGM will be held at Stareton Hall, Stoneleigh Park, Kenilworth, on 12 May from 10.30am.