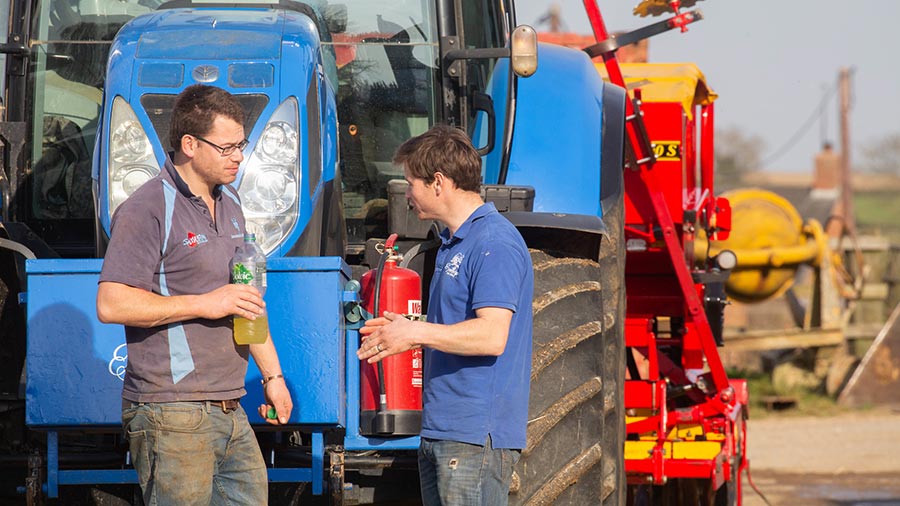 Food security and removing barriers for new entrants must be priorities for England and Wales in response to the shocks of Brexit, the coronavirus pandemic and the Ukraine conflict, young farmers have said.

The Defra-funded Future Land Use survey, from the National Federation of Young Farmers’ Clubs (NFYFC), reflects the fears of young farmers – even before the Ukraine invasion – over global food supplies and price hikes following the pandemic and the UK’s exit from the EU.

See also: How these young farmers got their farming jobs

The survey was answered by 486 young people who are connected to agriculture – including next generation farmers, land managers and students.

More than two-thirds (67%) said they were worried about food security and believe this is the most important issue for land management policymakers.

Furthermore, 40% of respondents said a commitment to producing food must be a priority within new agri-environment schemes, following concern there is a greater emphasis on creating “public goods” rather than food.

The survey results also highlight uncertainty about the agricultural transition in England and suggest a high proportion of young people looking to enter or progress within the industry think it will become more difficult.

A worrying majority of farming’s future workforce say they face huge barriers to accessing land, finance and business support – more than 70% of the young people who answered the survey believe it will be “difficult or impossible” for new entrants to enter the industry.

One survey respondent said: “There is already a lack of opportunity for new entrants. There is a huge decline in county farms and limited opportunities for new entrants to be granted tenancies and secure funding to set up a viable agricultural business.” 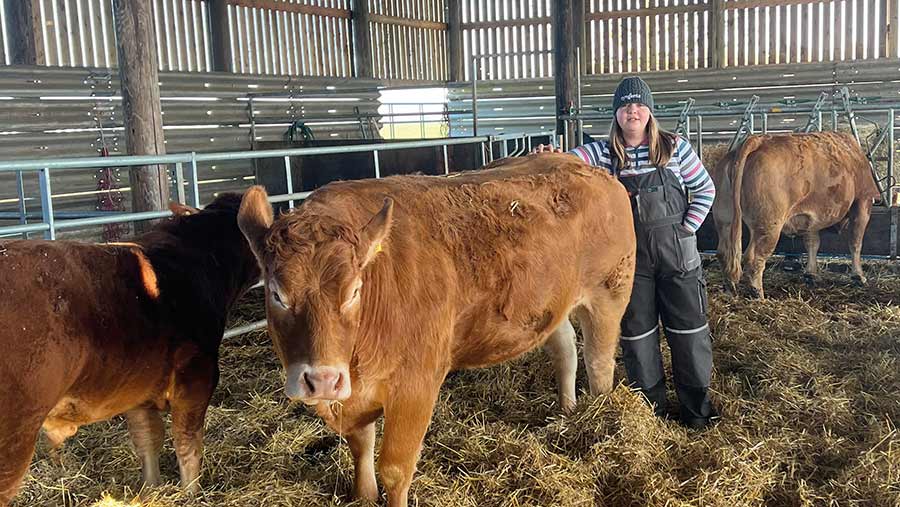 Ms Garbutt, 27, said: “Land by us is £8,000-£10,000 an acre so it’s pretty untouchable for someone just starting out. And you can’t just rent some land one year and put your cattle on it, as you need to know the grazing history from the previous year.”

“I think there need to be more incentives for farmers to consider putting grass into rotation – I think a government scheme would be beneficial.

“When land is for sale, you’re always up against people with capital they can borrow against or who can afford to buy it – we just aren’t as attractive. If there were better government-backed loan schemes available for new entrants, it would really help.”

Ms Garbutt and her partner both have full-time jobs within agriculture, but dream of expanding their livestock enterprise.

“We know it’s going to be a slow process, but we just need to try and secure more land so we can continue to produce pedigree stock for commercial and pedigree markets,” she said.

The war in Ukraine had huge implications for global good security, she said, and the UK should be focused on helping its farmers grow as much produce as possible and promoting the benefits of buying British.

The NFU Next Generation Forum has set out its demands for an ambitious support scheme, to help aspiring new entrants into the industry.

Defra is currently working with industry leaders, local councils and landowners to design a new entrants scheme, which it expects to reveal later this year.

As part of the process, the NFU’s Next Generation Forum has met Defra farming minister Victoria Prentis to deliver its wish list for a viable scheme. It believes such a scheme should:

Forum chairman David Ractliffe said: “It is vital that there are routes into farming for anyone who is keen to pursue a career in producing the nation’s food, whether they are from a farming background or not.” Mr Ractliffe also advocated business skills training.