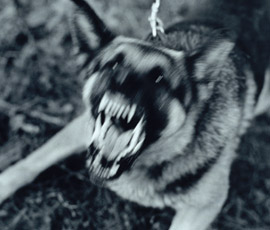 For the farmer facing the age-old problem of an out-of-control dog on his land, shooting may seem a reasonable and necessary step to protect his livestock, but the law in this area is far from easy and the consequences of getting it wrong can be disastrous, writes Tim Ryan, partner at Warners Solicitors

The owner or person in charge of a dog that is dangerously out of control in public or on private land without permission commits an offence under the Dangerous Dogs Act 1991, for which the sentence can be up to two years imprisonment and destruction of the dog.

In the absence of injury to a person or grounds to fear such injury, however, the offence the farmer is likely to be confronted with is worrying livestock, under the Dogs (Protection of Livestock) Act 1953, for which the penalty is limited to a maximum £1,000 fine.

“Worrying” covers attacking, chasing in a way that could cause injury, suffering, abortion or loss of produce, or simply being “at large”, that is not on a lead or otherwise under close control, in a field or enclosure containing sheep.

So what is the position of the farmer who shoots a dog? All property receives a degree of protection by law, so injuring or killing a person’s dog could give rise to a possible criminal damage charge. The question is whether the farmer had a lawful excuse. He will have to show that he acted in the belief that property was in immediate need of protection, and that his actions were reasonable having regard to all the circumstances. Where the dog has already moved away and is clearly no longer posing an immediate threat to livestock, the fact it might return on a future occasion provides no defence. What is “reasonable” depends very much on the facts. It would be relevant, for example, if a dog’s owner had failed to heed previous requests to prevent his dog from straying.

He might also find himself sued for damages by the dog’s owner for trespass to goods, in which case he will need to rely on the defence available under the Animals Act 1971 and show that he believed on reasonable grounds that either: the dog was worrying or about to worry the livestock and there were no other reasonable means of ending or preventing it; or, that the dog had been worrying livestock, had not left the vicinity and was not under anyone’s control and there were no practicable means of finding out to whom it belonged. There is a strict requirement to inform the police within 48 hours, and any failure will prevent subsequent reliance on the defence in civil proceedings.

It is not only damage to property that may be at issue. Section 4 of the Animal Welfare Act 2006 makes it an offence to cause unnecessary suffering to protected animals, which include dogs. Relevant considerations include: whether the suffering could reasonably have been avoided or reduced; whether the conduct was for a legitimate purpose, such as protecting a person, property or other animal; whether the suffering was proportionate to the purpose; and whether the conduct was in all the circumstances that of a reasonably competent and humane person.

The RSPCA generally investigates and prosecutes animal welfare offences, and it will be slow to agree that shooting was a suitable option. Anything other than a single, clean shot and immediate despatch could result in prosecution. Offences are punishable by imprisonment of up to six months and/or fines of up to £20,000. The court must also consider making an order disqualifying the offender from keeping animals.

Shooting a dog also gives rise to potential firearms difficulties which farmers should bear in mind. If a rifle or other section 1 firearm has been used, then, unless one of the conditions on which the certificate was granted covers such use, which is extremely unlikely, there is a real risk of prosecution for failing to comply with the certificate conditions.

Should the farmer pursue the dog to shoot it, then he could find himself charged with trespassing with a firearm, as happened to one farmer in 2012. He shot dead his neighbour’s dog, after he claimed to have seen it attacking one of his sheep. The magistrates accepted that the circumstances amounted to a reasonable excuse, but the decision could easily have gone the other way.

Firearms offences, except for minor technicalities, almost always attract prison sentences, and have been dealt with increasingly severely by the courts in recent years.

Shooting a dog will inevitably trigger a police review of the farmer’s suitability to continue to hold firearms. They may revoke his certificate(s), and although such decisions can be appealed against, the outcome is often far from certain. Specialist legal representation is needed. Firearms licensing appeals are expensive and the costs are generally not recoverable even if successful.

Dogs will continue to chase sheep and other livestock if they get the chance. For the farmer seeking to prevent damage to his livelihood, shooting a dog should be approached with the utmost caution and very much as a last resort. If not, he could be replacing one worrying problem with others.

Tim Ryan is a partner at Warners Solicitors in Tonbridge, specialising in criminal and regulatory law, relating to country sports, farming, animal welfare, firearms and the environment.