The UK certainly has some world-class farms operating on its shores, but when it comes to size, how do we measure up?

The average size of a UK holding is 81ha, which is significantly higher than much of the rest of Europe, including countries such as France and Germany, according to statistics gathered by the EU. Defra statistics also show if you take holdings with less than 20ha out of the equation, the average holding size in the UK rises to 142ha.

But the news that China has begun work on the construction of a 100,000-cow dairy unit to supply the Russian market with milk and cheese has highlighted that in global terms our farms are still relatively small.

But how does a farm like that – which to UK minds is mindboggling – compare with businesses elsewhere in the world? 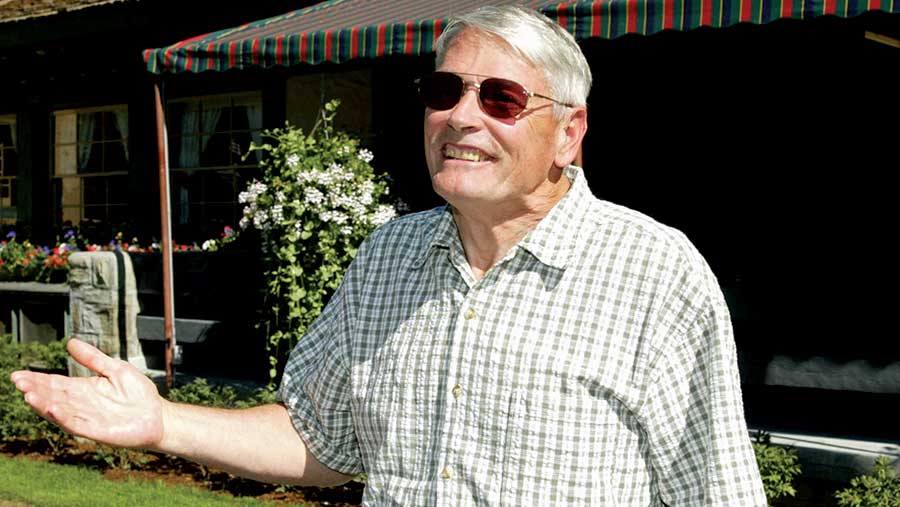 John Malone is a media mogul and billionaire who is regarded as being the biggest landowner in the US, with a total estate of more than 930,000ha.

Half of this ground is forestry and woodland, located in the Maine and New Hampshire areas, but he also has farms and ranches across the country – the largest of which is based in New Mexico. 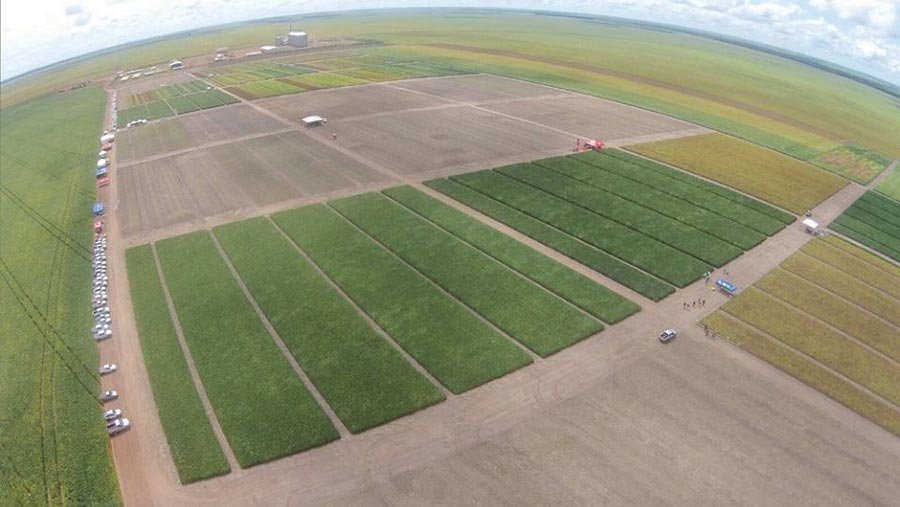 In 2011, El Tejar was widely billed as the world’s largest arable farming company, with about 1.1m hectares of soya beans, corn and cotton, mainly in Argentina, Brazil and Uruguay, although much of the ground was rented.

Since 2012, the company has moved operations away from Argentina, set up a new headquarters in Brazil and dramatically cut the area it cultivates in a bid to become more efficient.

The farm in north-east China may be still under construction, but it is set to become the world’s largest dairy. It is a 1bn yuan (£103m) collaboration between China’s Zhongding Dairy Farming and Russia’s Severny Bur.

The idea is that the feed and forage stocks needed to supply the year-round housed animals will be grown on 100,000ha of land most of which is in Russia.

A further 200,000ha of farmland has been earmarked to supply feed once the project is on stream. 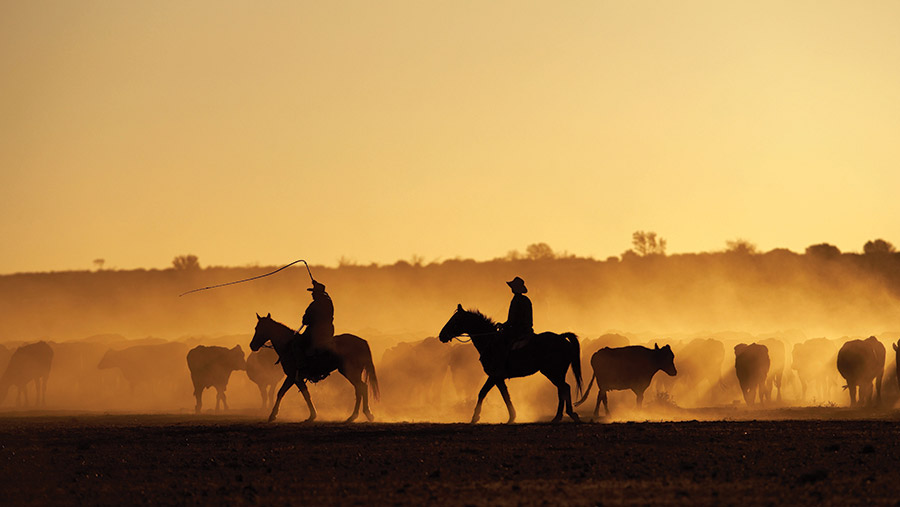 If anyone has a few spare million in their back pocket then Anna Creek Station in southern Australia might be just the thing.

The property, along with a series of others owned by the same family, was put on the market last summer for a total of about £175m.

Anna Creek Station is reported to be the world’s largest standalone cattle property and, according to Wikipedia, extends over 2.4m hectares. Add in all the other properties owned by the company, and the business extends to more than 11m hectares and also includes 170,000 head of cattle.

Operating across an eye-watering 570,000ha, Prodimex is believed to be the largest agribusiness operating in Russia.

It is a privately owned company with a heavy emphasis on sugar production. The company runs its own processing plants, which handle the sugar beet it grows across its arable ground. Overall, the business produces more than 20% of the total sugar produced in Russia. 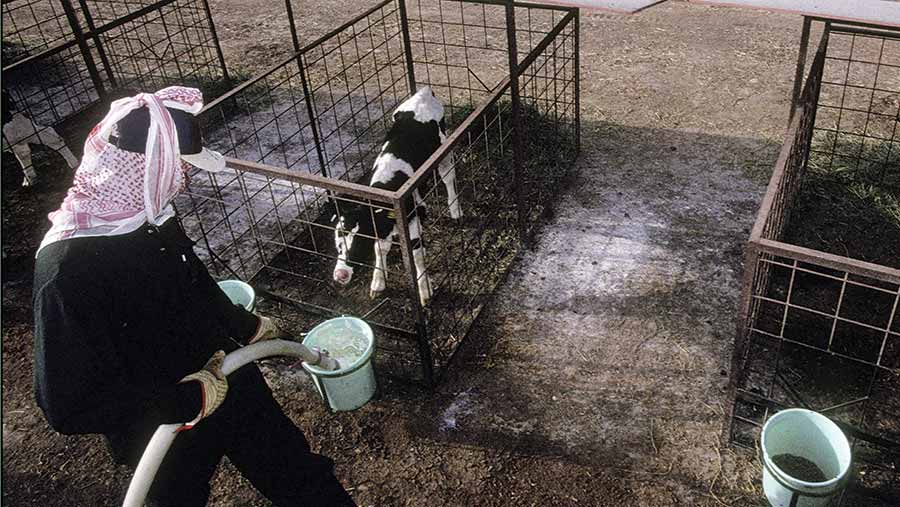 In 1998, the Al Safi Dairy entered the Guinness World Records as the largest integrated dairy farm in the world.

The business was established in 1979 by Royal Prince Mohammed Bin Abdullah Al Faisal and is home to more than 37,000 Holstein Friesian cattle, produces 700,000 litres of milk a day and a 1,400-strong workforce operates seven fully automated milking parlours.

In 2001, Al Safi entered a joint venture with French food group Danone. Together, this partnership has secured a 36% share of the Saudi dairy market. The business is fully integrated in that it does everything from growing its own forage to processing and distributing the end product.

Ivolga is a farming conglomerate that was put on the market in 2011 and was described at the time as the largest farm in the world.

It’s not clear exactly what has happened since, but the company is known to still be farming at least 500,000ha in Russia, making it the country’s second-largest land holding behind Prodimex (above).

At the time it was put on the market it was said to be in control of 1.5m hectares across Russia and Kazakhstan. 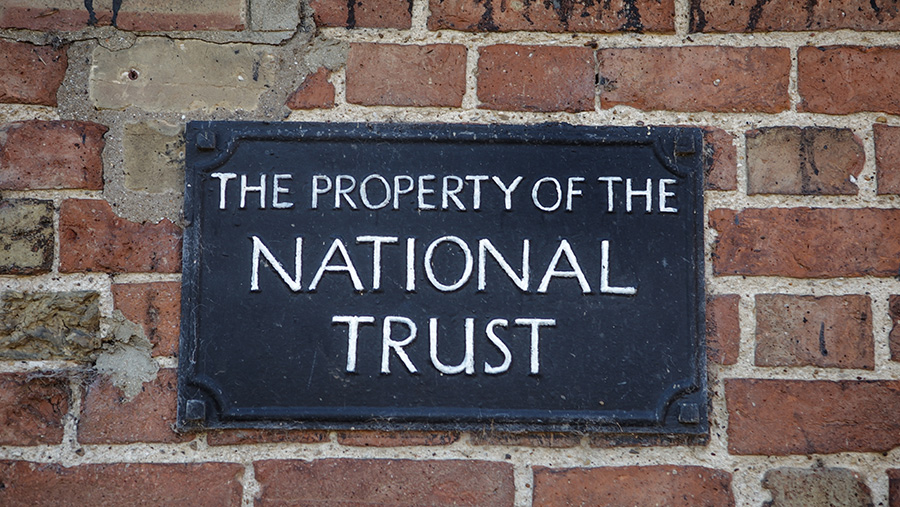 And who has the biggest farms in the UK?

Although the bulk of this – 185,000ha – is farmed by tenants, this still leaves about 15,000ha farmed in-hand, managed by National Trust staff and graziers.

The Farmcare business, purchased by the Wellcome Trust for £249m in 2014, operates across 16,000ha, while inventor James Dyson, who farms as Beeswax, now has about 12,000ha in-hand in Gloucestershire, Lincolnshire and Oxfordshire. The business has large-scale arable, forage, vining peas, and root production.