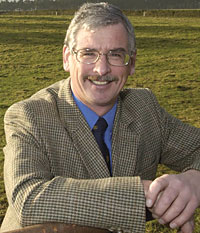 Last year saw an amazing turnaround in commercial fortunes. Farmland sales saw record highs in the north-east, only to be followed by one of the wettest years on record then the credit crunch turning into recession at the end of the year.

Throughout 2008, the supply of land gradually increased, as there has been a strong surplus of demand over supply for some time. North-east firms saw demand from many different types of buyer, including City money, investors, lifestyle buyers, Irish buyers, farmers and equestrian buyers. The farmer’s share of land purchases saw a dramatic rise spurred on by the sharp rise in commodity prices, with bare arable land regularly making £6000/acre and more.

In central County Durham, Broadley & Coulsonsold a mixed 226-acre arable and grass farm with farmhouse, buildings and land, which realised more than £1.5m. The bare land averaged £4600/acre. We also sold several rough hill allotments bordering the Weardale moors for about £1500/acre and hill pasture for about £2500/acre.

Some parts of the north-east saw prices up 40% on 2007 in the first quarter of 2008, as supply of farms was limited after growing confidence in commodity prices. Pony paddock buyers were commonly paying £10,000-£15,000/acre. Beef and sheep farmers also had higher income from stock sales and sought to increase the size of their holdings when adjacent land became available.

There was strong demand for woodland, partly fuelled by biomass potential. Amenity land exceeded all expectations when, in Weardale, George F White sold 2.3 acres of riverbank woodland and fishing rights at public auction for £25,000.

Traditionally, prices have fallen steeply when large lots or whole farms have entered the market. But most of 2008 saw strong prices even for large blocks of land and whole farms. I have never experienced such a strong demand for farmland, even though the north-east did not have the added advantage of Danish buyers who are seeking working farms in the east of England.

As the economic situation has worsened, we have seen many equine buyers disappear from the market and the supply of land start to rise. Good farms and land are likely to meet good demand, with poorer ones more likely to struggle. More and more factors outside agriculture affect farmland values, such as green energy. The north east had seen an upsurge in the number of wind turbines and more are planned.

What will 2009 bring for farmland as the economic situation worsens? Historically, there is some evidence that farmland prices have fared better in times of recession, as buyers saw it as a safe haven and an inheritance tax shelter. If this trend continues, it gives a glimmer of hope for 2009. Some agents predict that after the sharp peak in 2008 and a levelling off of the market, we may see a slight price rise again next year. With the pound at record lows against the euro, foreign investment could increase.

David Coulson is a partner in Broadley & Coulson, based in Crook, County Durham. He is also the Royal Institution of Chartered Surveyors‘ regional rural spokesman. He can be contacted on 01388 766 676 or by email.