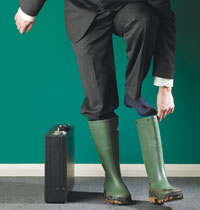 Investment fund Braemar UK Agricultural Land has abandoned its attempt for a £20m flotation on the Alternative Investment Market.

The company, which has made two acquisitions through its buying agent Chesterton Humberts, was understood to have raised just £2.5m by January this year for its onshore fund, Braemar UK Agricultural Land PLC.

Braemar has bought 310 acres of land at Eastville, near Boston, Lincolnshire, and a 280-acre Suffolk arable farm.

Chief executive Marc Duschenes said: “It was ambitious. It would have been the first flotation on AIM in this calandar year. But while the public has been sympathetic towards what we are trying to achieve, institutions and pension funds have not had the same appetite.”

Both funds were still solvent and trading, he added, and both were expected to acquire further farms this year.