East-of-England agent Brown & Co is set to launch a number of arable opportunities in the region this month, including the auction of a rare plot of double-cropping silt.

But the biggest of the firm’s sales will be 499-acre Eldernell & Kingsland Farm at Coates, near Whittlesey, Cambridgeshire.

The farm is being sold following the retirement of Ralph and Maurice Potts, directors of HS Potts.

Their father, Herbert Potts, a former county council smallholder from Farcet Fen, moved to the area in 1934 when he bought Bridge Farm.

This was added to over the years to form the current holding.

Tom White, of Brown & Co’s Spalding office, said all the farm’s Grade 1 and 2 soil could be irrigated from a 6m-gallon reservoir and there was a range of buildings including ambient potato storage.

“In the current market I anticipate interest from a wide range of buyers.” He has guided the sale at £2.17m. 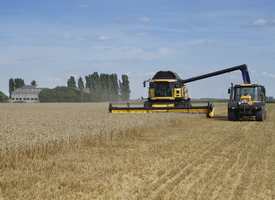 Northey and Four Chimneys Farms at Thorney, three miles to the east of Peterborough, is being sold by Jim Major from the firm’s King’s Lynn office.

On 25 September James O’Brien will be testing the market for top-quality Grade 1 arable land when he puts 228 acres of soil at Friskney, south Lincolnshire, belonging to Bernard Bray, under the hammer.

He has split the sale into four lots and said historically the best double-cropping toft silts made over £10,000/acre.

Mr O’Brien said it would be interesting to see if prices for purely commercial land were rising as fast as the land market in general.

“Who knows in the current heated market what it will go for, but this is really good-quality land and should make a lot of money.”