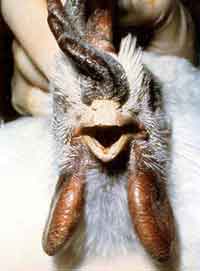 Brussels is planning a detailed investigation into the effectiveness of the measures it took during the 2006 avian flu outbreak to support and stabilise the market across Europe.

At the time, demand for poultrymeat and eggs took a major hit in numerous EU countries, with Greece, Spain, France and Italy especially badly hit.

As a result, the EU Commission introduced a range of emergency measures to deal with the lack of consumer confidence.

• The destruction of eggs for hatching

• The processing of hatching eggs

The EU now wants to evaluate the “relevance, coherence, efficiency and effectiveness” of these measures, plus other instruments such as export refunds and promotion, and is inviting tenders from research bodies for up to €200,000 of funding.

Once commissioned, the researchers will have nine months to report back and will also have to come up with recommendations for ways of dealing with future outbreaks.

The first outbreaks of avian flu occurred in the EU in 2006 and payments under these exceptional support schemes were made until May 2007.

The British government did not make use of any of the funds in the UK as the market here was relatively resilient.