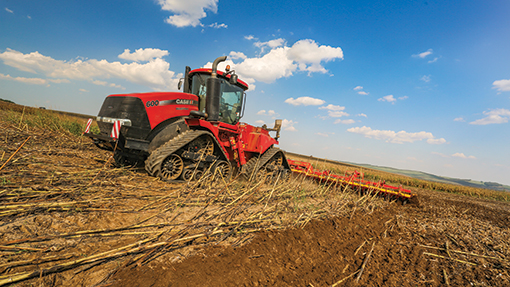 This year marks 25 years since communist rule ended in Bulgaria and Romania. Oliver Mark finds out how things have changed in the old Eastern Bloc.

Eastern Europe has been a region playing catch-up with its western counterparts since democracy demolished the Iron Curtain and the Soviet Union unravelled back in 1989.

It’s not been an easy ride, though. Political unrest plunged most of the countries involved into a state of utter chaos and, a decade after the union was banished to the history books, democracy was still failing to yield the success it had promised.

But a few cash-savvy businessmen saw a potentially lucrative opportunity in agriculture.

And their investments have since proven fruitful – agriculture now makes up more than 3% of both countries’ GDP, which is far greater than any other European country.

The success of the industry has also tempted many British farmers to buy land and make money in Eastern Europe.

Agriculture fared particularly badly after the fall of communism.

On 4 April this year Vaderstad made it into the record books by drilling 306ha sunflowers in 24 hours with a Tempo R12.

Bulgarian dealer Titan Machinery, which originates in the USA and now has 130 depots across the world, organised the record attempt. It accounts for three months’ worth of production from Case IH’s Racine factory and provided a Case Magnum 340 for the drilling job, which managed to keep up a barnstorming 19kph pace for the entire 24 hours.

Land in Romania was distributed in small, 1ha blocks to anyone that wanted it. The result is a country still dominated by small, subsistence-style farms, with those in the remotest areas still employing outdated farming practices. Professional businesses with more than 100ha account for just 50% of Romania’s arable land.

The privatisation process in Bulgaria saw the land divvied up and sold off in bigger lumps, sometimes entire state farms at once. The result was a greater number of large farms, with almost 80% of Bulgaria’s arable land farmed by those with more than 100ha.

Despite the early struggles, both countries have now become two of Europe’s top milling wheat and maize producers and also rival Poland and France for the largest sunflower crops. A bulk of the produce is shipped off to contribute to North Africa and the Middle East’s insatiable appetites for grain crops.

But, big outputs are more to do with land area than the result of swashbuckling yields. Both countries average about 4t/ha for milling wheat and 2.5t/ha for oilseed rape, though these are improving quickly as farmers get a better understanding of how to manage the soil.

Ripping out a yield-ravaging plough pan is the priority for most. Colossal swathes of land have never seen a subsoiler – ploughing is standard practice – which means plants can’t root properly, yields are limited and any heavy rain can leave fields knee-deep in flood water.

Trampling the land with ever-growing machinery doesn’t help the compaction problems, either.

Eastern Europe is a massive consumer of high-hp metalwork. Average tractor power in the Balkans is 163hp – a mite above the UK’s lightweight-sounding 150hp but decidedly girly-sounding when you put it against the 293hp average of Ukraine.

However, total hp sold reveals a different story. While more than two million hp is shifted annually in the UK, Romania loiters around 300,000hp and Bulgaria is down at 190,000hp. Ukraine, too, is well below the 500,000 mark because unit volume sales of tracklayers and equal-wheeled prairie monsters can’t compete.

Western tractor manufacturers typically sell about 1,000 tractors into Bulgaria each year – about half that of Romania – but the likes of Belarus, YTO and Hattat don’t reveal how many they sell. Local estimates suggest they contribute another 1,000 new tractors each year.

Eastern Europe has also provided a reliable second-hand market for the UK over the years. But, with more new machinery buyers across Romania and Bulgaria than ever before, demand for western machinery is dropping. For UK sellers it might mean the market shifts further east to countries like Ukraine, Mongolia and Kazakhstan. 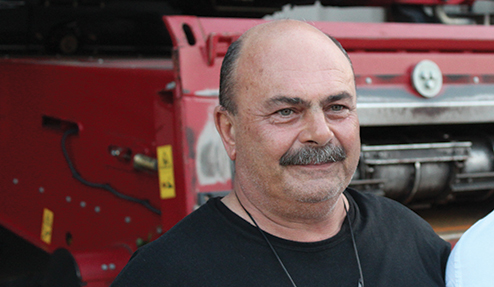 Hristo Belichovski bought a previously state-owned farm in the village of Knezha, an hour north-east of Sofia, in 1997 while land was still up for grabs after the collapse of the Eastern Bloc.

At the time he had no experience of farming, but decided there was good money to be made in agricultural real estate and invested €250/ha in the 7,000ha farm site.

It turns out that his investment was well-judged, too – similar land now sells for €5,000/ha and has the potential to yield very highly with the right management. He also claims generous EU and local government subsidies of €184/ha, which total more than €1m every year.

Winter crops of wheat, maize, oilseed rape and sunflowers are grown in the farm’s fertile black soils across vast fields up to 300ha in size, but his yields have taken well over a decade to reflect the land’s potential.

Ten years ago Bulgarian farmers wouldn’t have frowned at wheat yields of 1.8t/ha but, where the yield-punishing pans have been busted, typical yields have risen to 4.2t/ha across the country. Mr Belichovski betters that, now eking out a 5.5t/ha average after several seasons of regular subsoiling.

A bulk of the farm’s land is still turned over by the farm’s squad of five eight- and ten-furrow ploughs. However, there’s no time to get the mouldboards on sunflower stubbles, which are dealt with by a Vaderstad Carrier and Topdown. Mr Belichovski is sure this rotational min-tilling benefits the soil structure too, and is the best way of chopping through the sunflowers’ nasty, fibrous stalks.

The second problem is climate. The farm gets 600mm/year, but is hammered by baking summers and bitterly cold winters of -30C that can decimate healthy-looking crops in just a few weeks without the protection of snow cover.

The workforce can also cause farming employers a headache here. In Mr Belichovski’s case, workers are paid for every hectare of land they cover. While it guarantees there’s no faffing around, it encourages drivers to drive flat-out with little concern for what’s happening behind the tractor or under the bonnet.

Grain is trucked straight from the field to the yard where there’s space for 40,000t of crop each year. Storage facilities are a big deal in Eastern Europe because a vast proportion of the smaller farmers have no space to store their crops, so commodity prices drop drastically in the months around harvest.

The trucks also keep 120-odd staff in a job year-round. In fact, the farm employs a good proportion of the village population – labour is cheap in these desolate villages because there is very little else to do.

Such poverty causes another serious problem in rural areas – security. Some no-nonsense discipline on perpetrators has reduced the trouble, but the farm still employs seven security guards and over 60 dogs to police the yard. 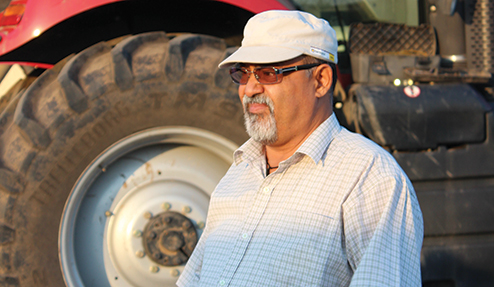 Like thousands of other Romanian farmers, Preda Gheorghe’s family farm totalled just 10ha back in 1998. However, he had the wherewithal to add to it, renting more prime ground on the outskirts of Bucharest to take his current patch to 1,600ha.

Unlike the Bulgarian farm I visited, this one is still run by the family, which has major benefits in work standards. 28 people are employed at peak times to help harvest 280ha oilseed rape, 150ha barley, 800ha wheat, 200ha of sunflowers and 125ha maize, as well as a small patch of alfalfa.

Mr Gheorghe plans to give the rotation a shake-up next year, though, after barley yields nose-dived from 8t/ha to just over 4t/ha as a result of a wet spring, flat crops and a mild winter that meant mice went on the rampage. The price also tumbled from €180/t to €110/t.

It summed up a difficult year for Romanian farmers, who also had to stomach a small drop in OSR prices. Yields remained at a stable 3.5t/ha, as did wheat at 5.5t/ha, but commodity prices have generally failed to keep pace with a profitable 2013. Price and yield records were smashed last year, but Mr Gheorghe calculates the failure to repeat that as a €275,000 knock to his bottom line.

That means there’s less money in the bank to spend on updating the farm’s fleet of Case Magnums. Less than half the land here is ploughed, so instead the tractors spend the autumn lugging around a 3m Topdown. It works down to 30cm and saps a mighty 100hp/m.