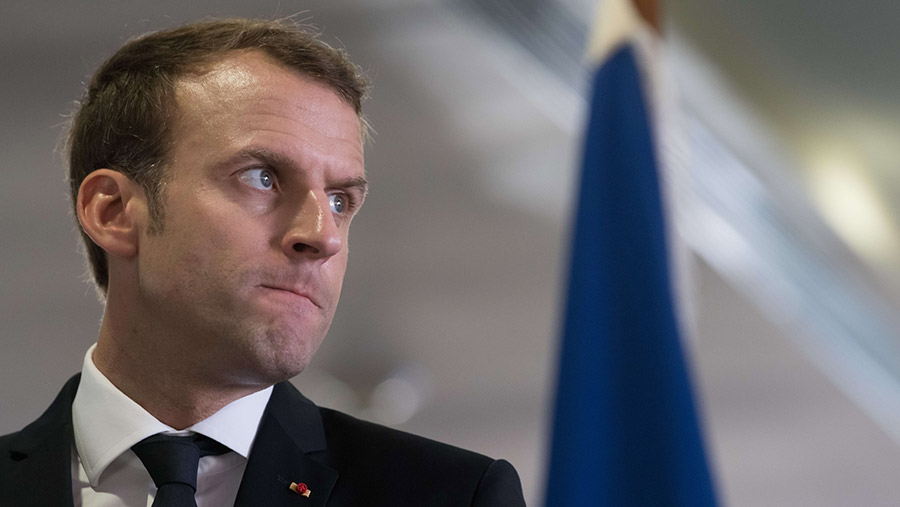 France is to launch a €5bn (£4.4bn) investment programme to “transform” its agricultural sector, with generational renewal and a boost for organic farming as its key components, according to French president Emmanuel Macron.

In a speech to young farmers in Paris on Thursday (22 February), Mr Macron said that 40% of farmers currently active in France would be retiring by 2020, and that it was vital to step up efforts to bring new blood into the industry.

The president committed his government to create a new €1bn (£880m) scheme of guaranteed loans to help young farmers get established, with the aim of reducing the asset collateral required of young farmers seeking loans from 130% on average at present to just 20%.

Mr Macron’s ideas will be studied closely in both London and Brussels, where plans are currently being formulated for new agricultural policies for the UK and the EU respectively.

British policymakers will be mindful of any competition issues, while those in Brussels – who face the prospect of reforming the CAP without the UK’s substantial budget contribution – will be wary of seeing any significant renationalisation of farm support.

Meanwhile, the French president also outlined a scheme to accelerate France’s ambitious drive to make 15% of its total agricultural area organic by 2022, with the aim of slashing France’s current €1bn trade deficit in organic food products.

He has also hinted at aids for investment in new pig and poultry housing, with the aim of improving animal welfare and reducing antibiotic use.

On wider agricultural policy, the president renewed his vow, made shortly after taking office last May, to challenge the “taboos” around the need for reform – although he did not specify which aspects of current policy he opposed, or what changes he favoured.

“The urgent issues facing the agriculture sector today mean we can’t fall back on our historical stances … We can no longer allow certain people to act as great defenders of agriculture and supporters of the status quo, when it’s the status quo which, slowly but surely, is killing agriculture,” he told his audience.

A promised clampdown on “land-grabbing” by foreign investors in French farmland could make life more complicated for UK farmers seeking to buy land in France after Brexit.

The measures, as yet unspecified, were signalled by Mr Macron in the same Paris speech.

Referring to concerns about a Chinese company, Hongyang, which recently acquired some 2,600ha of arable land in central France, Mr Macron said: “We cannot allow hundreds of hectares to be bought up by foreign powers if we don’t know the purpose of such acquisitions.”

France is not allowed to place limitations on purchases by EU nationals, under the principle of non-discrimination on grounds of nationality, but British investors may get caught up in any such rules after Brexit.