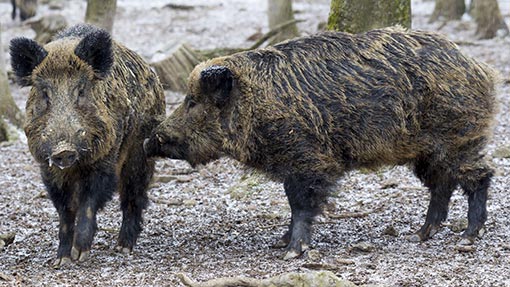 Latvian authorities have reported the first cases of african swine fever (ASF) in domestic pigs as well as wild boar.

The country’s Food and Veterinary Service diagnosed the disease in three farmed pigs and three wild boar close to the country’s border with Belarus.

The pigs have been killed and burned and a 40-day ban is in place on all public events such as exhibitions or fairs in the Kraslava region.

Russia banned imports of pork from the EU on 28 January after ASF was found in Polish and Lithuanian wild boar.

EU officials launched a legal challenge to the ban at the World Trade Organisation, claiming it was damaging the pork industry by depressing prices.

Roughly a quarter of EU pork exports go to Russia, totalling about €1.4bn (£1.2bn) a year.

“With the loss of this trade, European pig prices fell significantly in the first quarter of the year,” said Stuart Ashworth, Quality Meat Scotland’s head of economics.

“However, prices quickly recovered as the EU took advantage of the disruption to wider global supplies created by the presence of the porcine epidemic diarrhoea virus in North America, to grow exports to Asia.”

“A swift resolution to the EU application to the WTO in respect of Russian trade should help prices and sentiment,” he said.