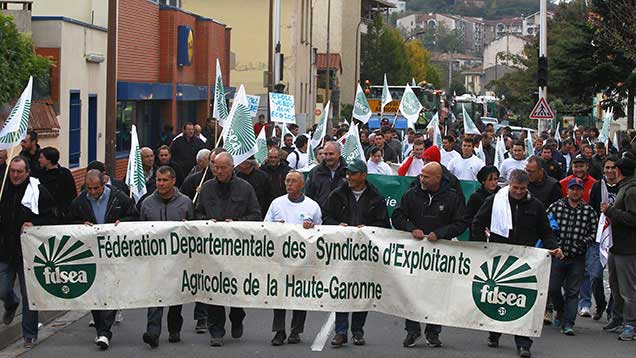 French farmers dumped tonnes of vegetables on the streets and sprayed government buildings with slurry in a nationwide protest over low food prices and rising costs.

More than 300 farmers used 30 tractors to dump 100t of manure and rotten vegetables in front of the agriculture department and town hall in Chartres, south-west of Paris. Tuesday’s protest was organised by French farmers’ unions the FNSEA and Jeunes Agriculteurs (Young Farmers).

It came ahead of a day of national protests by about 36,000 French farmers on Wednesday (5 November). In Toulouse, farmers dumped manure outside a government office and sprayed the water agency Adour Garonne with slurry. 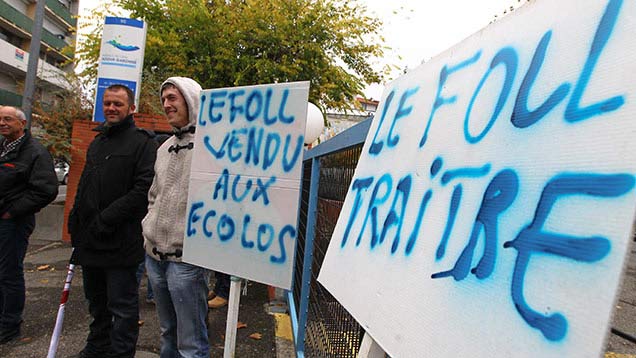 The FNSEA, which is calling for “food patriotism”, said it organised the demonstrations to protest about falling food prices for cereals, vegetables and milk and rising fertiliser costs and an increase in cheap food imports into the country. 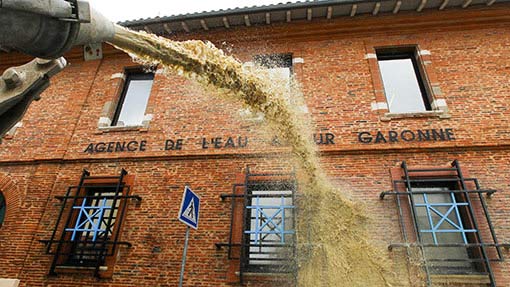 Jean-Michel Gouache, president of the FNSEA, said French farmers were also suffering from the effect of the Russian trade embargo on EU food exports in response to EU member state protests over the Ukrainian crisis.

While at home, they were feeling “fed up” with “charges and constraints” of over-regulation and form filling.