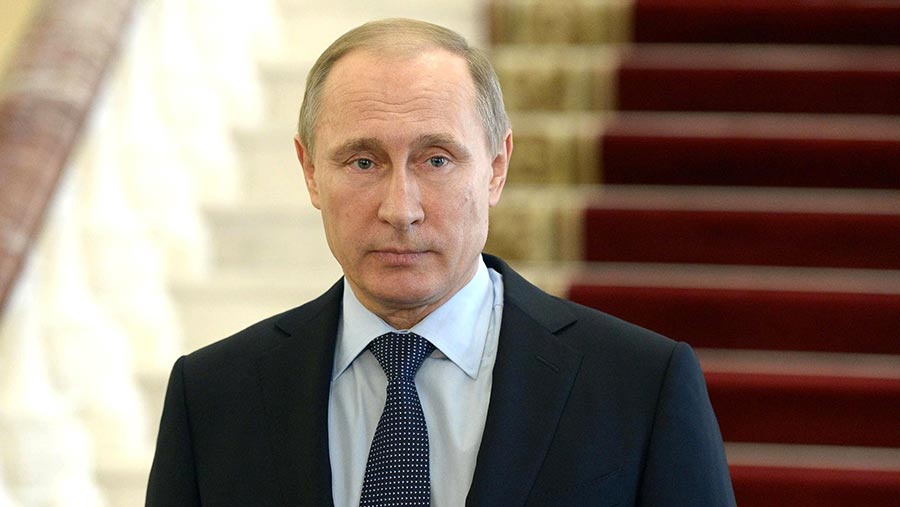 In an address to the Russian parliament on Thursday (3 December), Mr Putin said Russia could become the largest supplier of “healthy, ecologically clean, high-quality food”.

He also called for a nationwide approach to become “completely self-sufficient” in food by 2020, reported non-governmental news agency Interfax.

“Not only can we ourselves eat it, but also taking into account our land and water – which is particularly important – Russia could become the world’s largest supplier of healthy, environmentally friendly, high-quality food that has long been missing in some western producers,” said Mr Putin.

Ten years ago, Russia imported half of its food from abroad, Mr Putin told parliament. But the country has turned from an importer into an exporter of foods, the president said.

“Last year, Russian exports of agricultural products amounted to almost $20bn (£13.25bn) – one-quarter more than the revenue from the sale of arms, or one-third the revenue coming from gas exports.”

2015 has been a year of change in Russian agriculture, with the Russian government announcing a whole new approach to food production and labeling.

In January, Mr Putin signed the Russian Federation Code of Administrative Offences into law, including a new article establishing liability for the violation of mandatory requirements for the labeling of food products that contain GMs.

The bill, which was submitted by the Federal Service for Supervision of Consumer Protection and Welfare (Rospotrebnadzor), imposes fines for vague or unclear labeling on food products containing genetically modified ingredients.

In June, Russian deputy prime minister Arkady Dvorkovich announced Russia would not use GM technology to increase productivity in agriculture, while he was speaking at a session of the St Petersburg International Economic Forum.

“Russia has chosen a different path. We will not use these technologies,” he said.

As a result of this decision, Russian products will be “some of the cleanest in the world” in terms of technology use, Mr Dvorkovich continued. A bill for a full ban on the cultivation of GM crops is currently going through the Duma.

Russian agriculture minister of Nikolai Fyodorov also believes Russia must remain a GM-free country. At a meeting of deputies representing rural areas organised by United Russia, he said the government will not “poison their citizens”.

In August, Russia extended its list of countries subject to a food import ban in retaliation for western sanctions over the Ukraine crisis.