Agriculture is in vogue as an investment sector. Pick up the Financial Times, Investors Chronicle or The Economist and you will see it littered with stories about buying or leasing agricultural real estate and opportunities to invest in farming companies in places as exotic as Russia, Ukraine, Africa and South America.

The institutions are rushing to get sector exposure in droves. But just what is driving this? Is it based on sound fundamentals or is it in danger of being just the next bubble?

There are a number of drivers of this important trend. The first is that there is a growing consensus that the uplift in commodity prices is a structural and long-term phenomenon – albeit there was a weather spike in 2007 and prices have settled at a more realistic level below this peak.

Recent studies from the UN’s Food & Agriculture Organisation, the Organisation for Economic Co-operation and Development and the European Commission point to a “new equilibrium” in commodity prices, significantly higher than those of the past decade, driven by tight supply and demand projections and continuing low levels of stocks.

Those who wanted to profiteer on the short-term price hike we have seen over the past 12-18 months have done so by investing in commodities and listed agricultural equities, such as life-science companies, machinery and fertiliser manufacturers.
However, increasingly the investors want long-term and more direct exposure, by investing in operational farming, farmland or the value chain.

The second driver is that agricultural real estate is non-correlated to other real estate classes such as residential and commercial. Yields have plummeted in the commercial investment sector, and although it partly starting to show some signs of recovery, it remains fragile.

Residential property prices look unlikely to stabilise in the short-term and although the recent bail-out of Freddie Mac and Fannie Mae by the US Treasury has led some to believe that this might help, in time, to stabilise the global residential mortgage market, it could be some time before we see a real recovery in European house prices.

Agricultural land, however, continues its upward trajectory, especially in regions where there is less competition from non-agricultural uses, such as in central and eastern Europe. Many institutions have a real estate investment allocation and agriculture looks significantly more exciting than the alternative real estate classes. It also has the generic characteristics of real estate: namely it is a useful inflationary hedge as well as providing income generation. 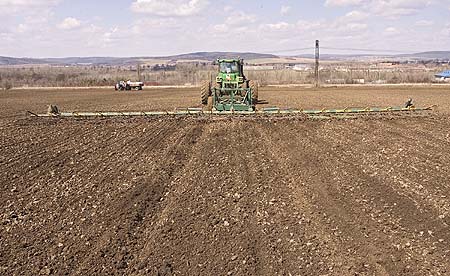 This may remind some readers of the 1970s when the financial institutions rushed into purchasing vast tracts of UK farmland – only to rather unceremoniously (albeit, for some, very profitably) exit the sector in the 1980s and early 1990s.

The investment opportunities tend to fall into two groups. In countries where title to land is robust, investment propositions are often principally about agricultural real estate exposure, perhaps with some limited exposure to operational farming.

The principal raison d’etre of these investment opportunities is that there will be significant capital appreciation in the land, and a modest, but respectable, income return can be generated from leasing the land, or by some form of contracting or joint venture arrangement.

One of the difficulties with investment products is getting an attractive enough running return to tempt institutional investors. High-net-worth individuals and family offices, who dominated this sector until recently, tend to place less emphasis on running return and are often content with capital growth.

There are a number of challenges even in countries where title is robust and the EU is an excellent example. Some countries operate foreign ownership restrictions, negotiated as part of their EU accession treaties, and land reform means land is often very fragmented. 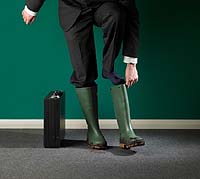 In some countries, such as Poland, there are large tracts of commercial farmland in good-sized units. In Romania the land was re-distributed to the people in hectare blocks and has to be “parcelled” to create workable agricultural units.

In most former Soviet Union countries it is more difficult to buy land (in some it is impossible). The investment proposition in these countries tends to be about an attractive running yield and value creation in the operating structure which has taken long leases (typically 49 years) from the government or private individuals.

There are a myriad of offerings in this area: some with very robust and well thought-out business plans, with appropriate scenario planning and sensitivity analysis, others which exhibit significantly more “froth” in their expectations of yields and profitability.

The principal challenge with all of these businesses is operational – is the management capable of growing the area of cultivated land by tens of thousands of hectares year on year while at the same time increasing crop yields as many business plans suggest they will?

Quality and availability of senior management, for many of these businesses, may prove the ultimate limiting factor. Those businesses with strong management teams and operational plans are likely to succeed – others have little more than knowledge of the opportunity with very limited execution capability.

There is immense optimism in the sector and the macro-case for investment is well documented and understood. Execution capability is the critical component of all of the investment options. Some of the funds and companies will achieve and exceed their business plans and become very successful; others will be casualties. The sector is based on sound fundamentals and there are exciting opportunities, but clearly some bubbles will burst along the way.