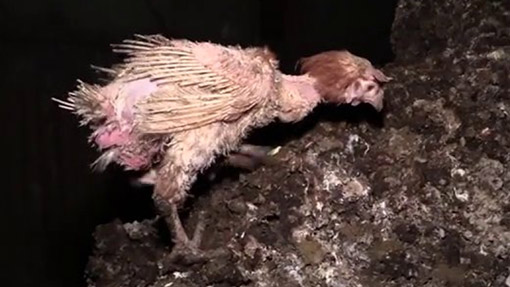 Footage shows birds outside cages walking on piles of manure, as well as the underside of cages with feet poking through.

But lawyers representing Pace Farms told an Australian news website the footage had not been validated, and suggested birds had been let out of cages for effect.

They added there were no apparent overcrowding issues evident, with six birds a cage being the legal maximum.

Animals Australia campaign director Lyn White said: “This case not only reinforces the cruelty of the battery cage, but reveals why independent auditing is desperately needed given the ongoing failure of industry and government to enforce even the most basic standards.”

The Australian Egg Corporation, which is responsible for accreditation, said it did not support farming practices shown in the footage.

It said in a statement: “AECL is taking urgent action to ensure the farm complies with the industry quality assurance programme, Egg Corp Assured (ECA).

“AECL believes this footage is not current. It is a pity the footage wasn’t brought to AECL’s attention immediately for verification and checking. However, we believe it has previously been brought to the attention of the RSPCA.”