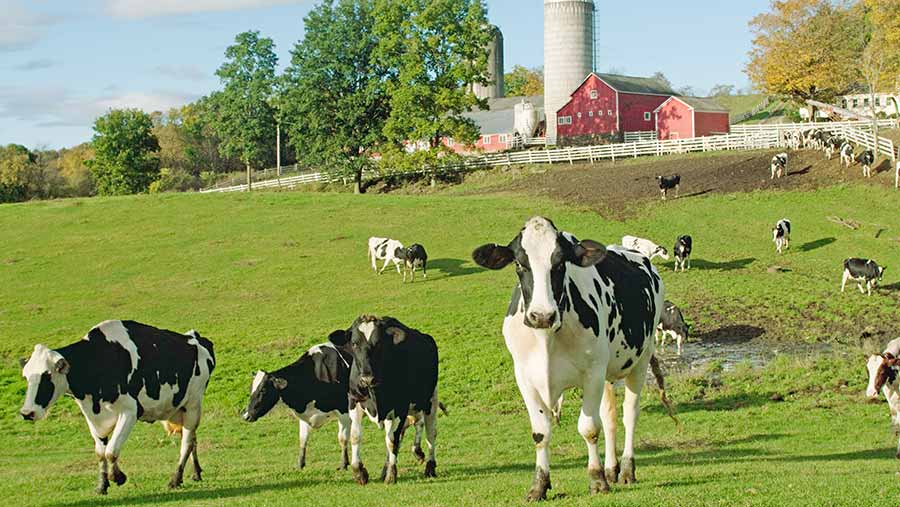 The importance of maintaining a long-lived herd by keeping cows healthy and reducing deaths are key to profitability during periods of milk price volatility.

Referencing benchmarking data from 65 US herds over the last 10 years, US dairy business consultant Matt Lange told the Mole Valley Farmers Optimum Lifetime Performance Dairy Conference at Haynes Motor Museum, Somerset that farms able to maintain a profit or break even during poor milk price have a number of factors in common.

“Death loss was a major driver as we had healthy cows that weren’t dying and we kept cull rate low. The more cows we get to the fourth and fifth lactation, the more money we’ll make,” he said.

Mr Lange says that replacing a third lactation cow with a heifer is “highly inefficient” considering the fact cows actually only start to make money in their fourth lactation and beyond.

In fact, it is only halfway through their second lactation that heifer rearing costs alone are covered.

Additionally, if older animals are culled involuntarily in the first 60 days of lactation, they don’t even cover their dry cow costs.

He says producers should closely monitor key performance figures within their herds and act on results.

Death losses should include any animal that dies on farm or is worthless at culling.

This impacts on net herd replacement costs (NHRC), which is the difference between an animal’s cull value and what she was valued at on farm.

“Now take that £18,000 and divide it into the number of litres you shipped over that period and that is your NHRC on a per litre basis.”

Mr Lange says UK farmers should be targeting an NHRC of less than 2.15ppl. If NHRC is higher than this, producers should ask themselves why. Were there more dead cows?

Were they selling less milk? Had cull value reduced or culling rate gone up? Equally, when death rate is over a target 4-5%, farmers should look at areas such as feed and housing management.

Mr Lange said understanding milk contract requirements and how much farmers are getting paid for constituents is also an important factor.

He highlights the amount of energy-corrected milk produced on farm as a key influence on profitability and advises UK farmers to shift their attention towards this parameter.

For example, a high-yielding herd may have low fat and protein percentages, but they may be selling more total constituents off farm. Equally, two herds with the same production could be producing very different levels of energy-corrected milk.

Tracking income over feed is another crucial factor, which links to understanding the return on investment for every input.

“That’s the most important metric. Am I getting what I’m paying for? I have a client with the highest milk per cow, but third from last on profit. Ask how much does it cost to produce that milk. It may be more profitable to be a 40-litre herd versus a 45-litre herd,” he said.