A £6m Centre for Dairy Science has been opened at the University of Nottingham’s Sutton Bonington campus, intended to “cement the UK’s position” as a global leader in dairy research.

The new facility has been jointly funded by the university and the Centre for Innovation and Excellence in Livestock (Ciel), and by the UK’s innovation agency, Innovate UK. 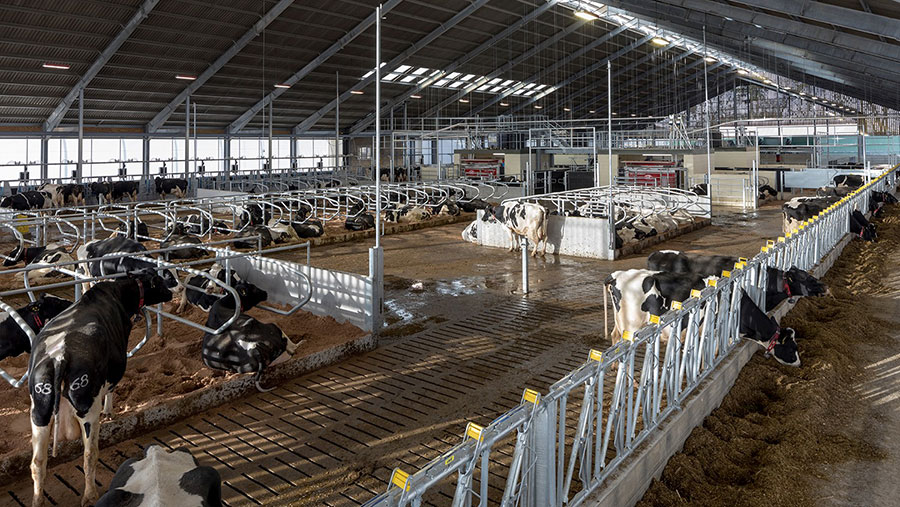 It will see a significant expansion in the university’s dairy herd, from 240 cows to 360, together with a new “cutting-edge” laboratory, eight robotic milking machines and a number of robotic scrapers.

“This state-of-the art-facility will allow the UK’s dairy industry to work with leading researchers at the University of Nottingham to develop solutions the industry needs to build on its already excellent position in animal health and welfare,” said Ian Cox from Innovate UK.

“This will help to cement the UK’s position as a global leader in applied animal research and contribute to the nation’s industrial strategy.”

Research will range from “blue sky” strategic projects to applied studies relevant at farm level. It will focus on four main areas:

The centre, which is one of 12 research institutes co-ordinated by Ciel, was opened on Wednesday (23 May) by Peter Kendall, chairman of the AHDB.