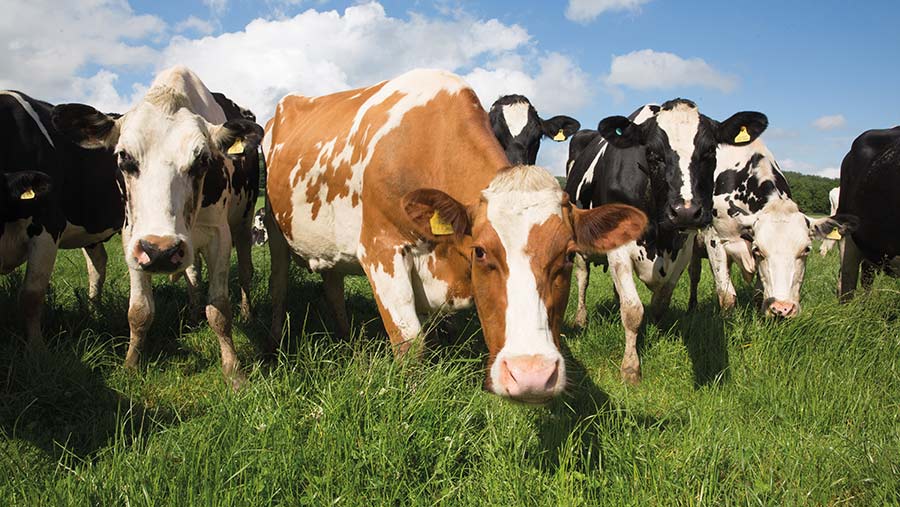 Finding ways to optimise performance and reduce costs on your dairy unit is well worth the effort in light of escalating input prices.

A planned approach to controlling costs, reducing wastage and making the most of farm resources can all help.

Proportionally, the milk price to feed price ratio in conventional systems has hardly changed, at about 1:1.16, according to dairy specialist Kingshay’s Dairy Manager figures to January 2022.

As a result, it is debatable whether this increase in milk price covers increases in other costs such as fuel, fertiliser and energy.

Recent milk price rises by several processors may help, but farm consultancy Promar predicts the total cost of production will have increased by 9.2p/litre between 2021 and 2023.

Predicted increase in costs between 2021 and 2023 (financial year end)

Promar consultants Andrew Suddes and Sue Bryan, together with Kingshay’s senior farm services manager, Kathryn Rowland, offer their tips on where to begin.

1. Look at your farm’s production capabilities

“The economics of dairy farming have changed massively in the past six months,” says Mr Suddes.

“The response in the past few years has been to produce more marginal litres, but that’s not the answer now. You need to go back to basics and look at what the farm can do.”

Mrs Rowland suggests doing some “what if” scenarios:

When Kingshay analysed the January figures for 2022, they showed feed use and milk yields had dropped back slightly.

“It’s getting that balance,” says Mrs Rowland. “It’s a case of monitoring where you are. It might be that feeding a bit of extra cake [is] better to keep milk yields up with the milk price where it is.”

This gap widens for the bottom 25% which only produce 17% of total production from forage.

Mrs Rowland believes all farms should be achieving 3,000 litres a cow a year milk from forage, regardless of system.

Data also show that organic herds tend to have a higher MOPF/litre than conventional systems. This is linked to better milk price, but it may also be easier to strip out costs on organic systems.

This is because they are less reliant on fertiliser, and they tend to make good use of grazing and maximise milk from forage.

Test soils, and target fertiliser, avoiding headlands and non-productive fields. Monitor forage stocks early so decisions can be made as to whether cow numbers need to be reduced, for example.

Look at the value of bought-in feeds. Do they have lower energy levels than your silages? If so, they are being used simply as fillers.

Think about ways to maximise forage intakes, such as pushing up regularly.

See where feed wastage could be reduced by calibrating feeders and targeting feeding. Could reducing cow numbers improve feed space, lying time and milk production in each shed?

These are key to making cost and performance gains, says Mrs Rowlands. Improvements in health and fertility benefit feed efficiency and maximise production, so costs are spread over more litres.

Kingshay figures for the year to March 2021 show that farmers have reduced health issues across the board.

However, the average farmer could still reduce costs associated with health problems such as mastitis by hitting levels achieved by the top 25% (see “The costs”).

The increase in milk value also means the cost of a delayed calving over the target 385 days has increased by £0.27 compared with last year.

This underlines the need to cull under-performers and work with your vet and nutritionist to optimise fertility.

These herds should question how they can improve profitability. This could involve a greater focus on grazing or improving silage quality through multicut systems, for example.

Understand your variable and overhead costs, break them down and benchmark yourself against similar systems.

If a farm is in the bottom 25% on variable costs such as vet and med costs or lameness, it shows there is scope to improve technical performance.

In comparison, overhead costs are linked to the system and structure of the business, which is where optimising herd size and production can help.