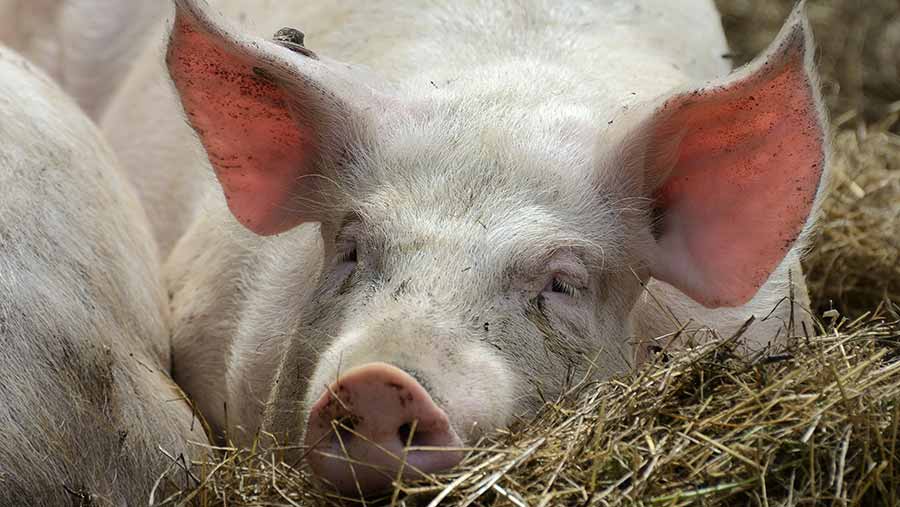 Animal rights activists are employing a new set of tactics to try to stop the expansion of UK pig farms.

Animal Aid released footage and pictures on Thursday (10 March) targeting farms run by York Wold Pig Pro, which is applying to build a new farm in East Riding of Yorkshire.

The pig company, owned by the Dewhirst family, is currently applying to build a new pig-rearing facility at Warren House Farm, near Middleton on the Wolds.

If York Wold Pig Pro’s planning application is approved, 11 livestock buildings, five feed silos, a manure midden and hard standings for parking and turning vehicles would be constructed. The farm could house more than 4,000 pigs.

The animal rights organisation Animal Aid said it carried out an undercover investigation into five farms owned by the company in February.

It claimed to have uncovered “deeply disturbing scenes”, including sick animals in filthy conditions, stillborn piglets in farrowing units and pigs with multiple scratch wounds caused by fighting.

In a statement, Animal Aid said: “At four of the five premises investigated, dead animals were found left exposed to the open air.

“Half-used syringes and antibiotics were found at one of the farms, two of which are classified as being medically important for human use.

“Administering these substances to farmed animals in an effort to counteract the filthy conditions is contributing to the global problem of antibiotic resistance.”

Care of our animals ‘top priority’

A spokesman for York Wold Pig Pro said: “The care of our animals is our top priority. These pictures, taken by a vegan group, do not show any animal welfare issues.

“There appears to be some shortcomings in the secure containment of our deadstock and our medicines, which we have investigated.

“We are in the process of talking to all of our staff to remind them of our policies and shall take disciplinary action as necessary.”

The spokesman added: “Furthermore, all units in question have been subject to an immediate independent assurance inspections with no welfare issues found.

“We would like to highlight that we as a business have for some time participated in the National Pig Association’s confidential reporting service, an industry initiative which allows anyone on farm to report any welfare concerns confidentially.”

Meanwhile, animal rights group Peta issued a press release on Tuesday (8 March), claiming it had carried out an investigation on farms in Norfolk and Yorkshire and discovered “pigs languishing in shocking conditions”.

Peta, whose motto reads “Animals are not ours to eat”, said two unnamed members of the public had handed the organisation footage showing dead and bloody pigs left to rot in enclosures, with live pigs forced to step over them.

The organisation, which has not named the farms involved, also released footage allegedly showing pigs “left to suffer in the feeding crate” and dead newborn piglets “still attached to their mother’s placenta”.

Zoe Davies, chief executive of the NPA, said the Peta film appeared to be a rehash of mostly old material of which her organisation was already aware.

Dr Davies added: “Accidents, injuries or infections can happen in any type of pig accommodation. What matters is the skill, expertise and care exercised by the stockman in identifying problems and dealing with them appropriately.

“Whenever welfare allegations are made about a pig unit, an immediate independent inspection is automatically triggered. When the farms were identified they were subject to such an inspection at the time and no welfare issues were found.”