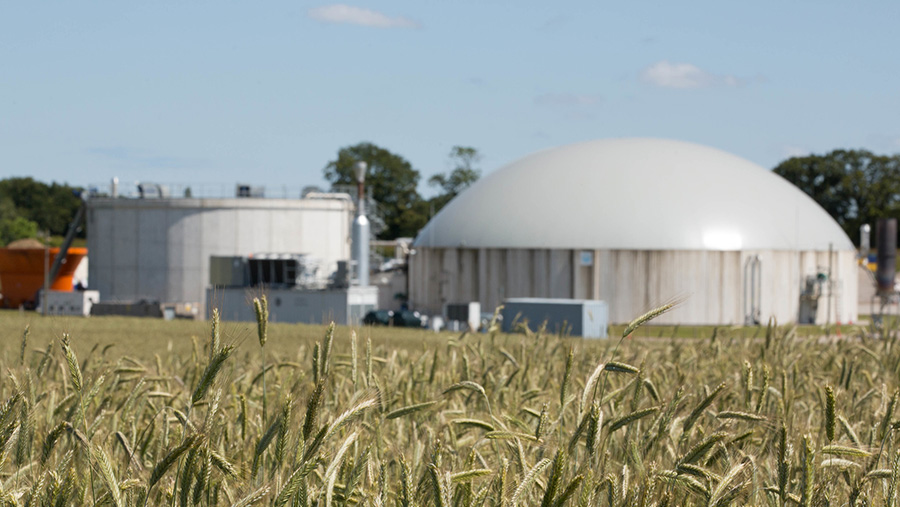 Disposing of pig carcasses through anaerobic digestion (AD) could be a viable solution to on-farm removal of fallen stock, a study has shown.

It could also generate considerable quantities of biogas, which could be used to generate heat or electricity.

However, the second stage of the project showed that AD alone did not sufficiently reduce pathogens and pre-sterilisation of the carcass material is needed before it goes into the AD plant.

The research also showed pig slurry can be effectively used as a co-substrate (a product used alongside another material) to aid the process.

Robert Wilkinson, principal lecturer and researcher, said: “The results of this project confirm that PCM can be effectively digested by AD, with high levels of biogas and [methane] production and carcass reduction.

“However, further research is required to test the stability of the protocol over a longer period of time and to evaluate the residue produced as a potential fertiliser or soil improver.”

Since the BSE epidemic in cattle, and other livestock diseases, EU legislation prohibits farmers from burying fallen stock on farm.

Instead, they must be collected for disposal by approved methods such as incineration or rendering.

The anaerobic digestion of pig carcasses as a method of disposal could reduce the costs of fallen stock collection on some farms, and reduce the movement of vehicles between farms – potentially improving biosecurity and reducing carbon emissions

Sue Rabbich, environment and buildings projects manager for AHDB Pork, said: “The development of sustainable on-farm alternatives for storage or disposal of fallen stock could be of significant benefit to the agricultural industry.”