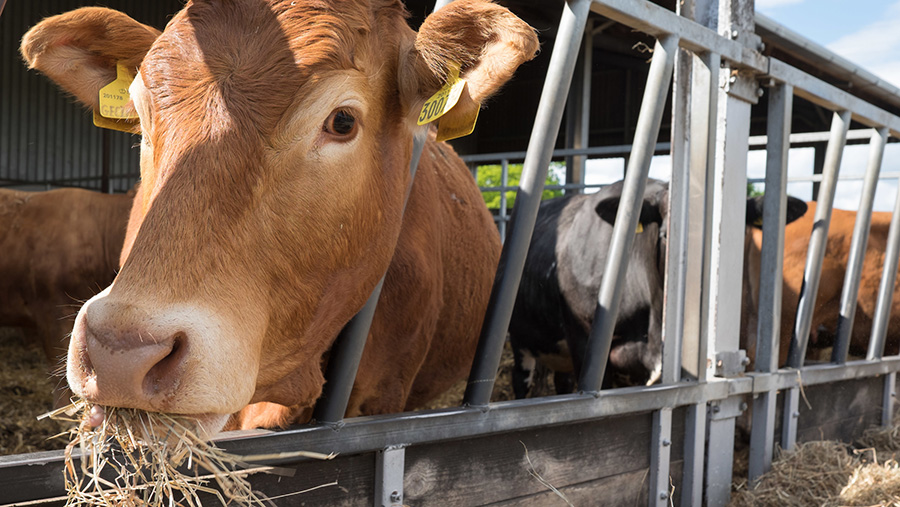 Beef producers are being urged to handle and weigh cattle regularly to ensure they are on track to meet target specification.

AHDB Beef & Lamb has moved to remind farmers of the importance of regularly handling and weighing to determine their readiness for the market and avoid penalties for falling outside specification favoured by processors.

It issued the advice on the back of research that found half of cattle are failing to meet core specification.

This is in addition to “anecdotal” evidence of large numbers of over- and under-finished cattle being sent to slaughter, it says.

“What we are seeing is a higher percentage of continental-type cattle being marketed under-finished and the opposite with native-type cattle, which are often going to slaughter too fat,” says Steve Powdrill, technical manager at AHDB Beef & Lamb.

“The concern is that as grass quality reduces, producers will look to sell cattle rather than spend money on feed and housing, which will result in a larger number of cattle marketed under-finished.

“This will ultimately affect price and so may not be as cost effective as it first seems.”

With cattle finishing at varying weights and ages depending on breed, gender, mature size and the system they are reared, grown and finished on, it is important that management is tailored to hit target specification “at the right time to earn most money”, adds Mr Powdrill.

“Feeding regimes can then be adjusted to bring stock to market at the right specification,” he says.