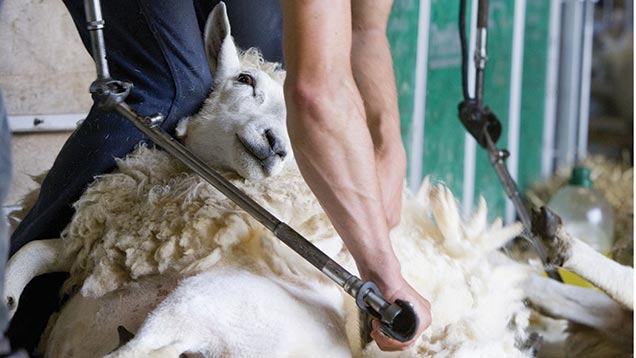 Thousands of people across the world have taken to social media to express their outrage at an anti-shearing campaign launched by animal rights activists.

Last week in Australia the activists group Peta shared a gory image (right) of musician Jona Weinhofen holding what appears to be a bloodied and mutilated lamb with the tagline “Here’s the rest of your wool coat”.

The group urged its Facebook supporters to share what it called “the heartbreaking truth” and said “this is what most sheep used for wool look like after shearing”.

But the campaign doesn’t appear to have had the effect Peta hoped for.

It has since emerged the lamb in the picture is in fact a prop and farmers and shearers worldwide have taken to social media in their droves to express their anger at the post, calling it “ill-informed” and “utter rubbish”.

Even previous supporters of Peta have lambasted their latest campaign. In retaliation, shearers have also posted pictures of their own freshly shorn lambs to show the shearing process is not cruel as depicted in the image.

The post has been shared almost 25,000 times and many British farmers and industry bodies have waded into the argument.

Welsh sheep farmer Will Davis wrote: “This is by far the most ridiculous post I’ve seen yet!! Take a reality check – if you didn’t shear sheep the consequences are terrible. Fly strike, maggots, almost certainly causing a long, slow and painful death. Get a grip!”

Steven Oates, a vegetarian and Peta supporter, wrote on Facebook: “I love the work Peta does and I do everything I can to not harm animals (vegetarian for more than 20 years). But this picture/claim is not true. I live in New Zealand and sheep farming is by far one of our biggest industries.

“Sheep shearing is not cruel and I have never in my life seen any blood on a sheep after it has been shorn. It also keeps them cool for summer.

“I invite Peta representative to come to New Zealand and check it our for yourself.”