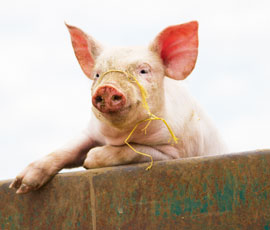 From farm subsidies to pesticides, genetic modification to cloning, farming takes a lot of flak on a host of issues. But is modern agriculture the root of all evil? Or is it just an easy target? In the latest of our special series, Johann Tasker examines the truth behind the animal welfare standards in Britain’s livestock industry.

Activists from Animal Equality, which targeted the East Anglian Pig Company, claim to have filmed more than 120 hours of footage and taken 278 photographs to provide a “truly shocking insight into the so-called high standards” of the British pig industry.

EAP is one of the country’s biggest pig producers. Two of the company’s Norfolk farms were targeted – a weaner unit at Little Thorns, near Swaffham; and The Piggery at Didlington, near Thetford.

The RSPCA launched an urgent investigation after undercover pictures from two EAP farms featured in the Sunday Mirror last Sunday (22 April). One day later, the charity suspended the farm from its Freedom Food animal welfare scheme.

Supermarkets were also quick to act. Tesco stopped taking EAP products and launched its own investigation, saying it expected “extremely high” animal welfare standards from suppliers. So too did Sainsbury’s and the Co-operative Group.

It is the second exposé by Animal Equality within the past three months. But it isn’t only farm businesses that are paying a heavy price. The farmer in the first incident was found dead three days later – before he had a chance to clear his name.

A caption above a video clip on the activists’ website states: “Animal Equality proves once again that, regardless of whether a farm is labelled as being ‘higher welfare’, ‘Quality Assured’ or monitored by the RSPCA, there exists pain, suffering and exploitation on a huge scale.”

Those of us in agriculture know this isn’t true. Bad farmers are in the minority. EAP suspended five workers that, it said, would face disciplinary action. Animal mistreatment or malpractice were unacceptable, it insisted.

Cases of animal cruelty might be on the rise, according to the latest RSPCA statistics this week. But those involving farmers are still few and far between. Of 2,996 convictions for animal cruelty last year, only 22 involved sheep, cattle or pigs. Meanwhile, 2,533 involved cats and dogs.

Yet public perception is out of step with reality. The popular image of livestock farming is too often one of extremes. On one hand, meat is seen as being expensive, free range and organic. On the other, it is cheap, intensively-reared and pumped full of antibiotics.

Neither view is representative of the industry. But both were on public display this week. Days after Animal Equality painted its picture of “shocking brutality”, the Royal Mail unveiled its latest set of stamps celebrating rare breed pigs in a world of pastoral bliss.

The farms targeted by Animal Equality are audited by the Red Tractor assurance scheme, which pledges higher welfare. In a statement, Assured Food Standards, the organisation that oversees the initiative, said it did not tolerate any animal mistreatment.

But agriculture must explain itself better if the gap between public perception and rural reality is to be closed. Animal welfare campaigners are eager to get their message across. The same cannot always be said of farming, even when there’s an opportunity to set the record straight.

There’s also a good story to tell. British pork is ahead of the game when it comes to animal welfare. It might cost a little more, but UK pig production is highly regulated compared to the systems under which much imported pork is produced.

At the same time, questions must be raised over the way Animal Equality conducted its undercover operation. Having obtained its footage, the group waited more than four months before making it available or reporting the alleged welfare breaches.

Activists claim they needed time to pull all the evidence together. The RSPCA disagrees. Anyone or any organisation with concerns about animal welfare should report the incident immediately, it says, otherwise they could be allowing continued suffering.

Are we taking welfare seriously enough? 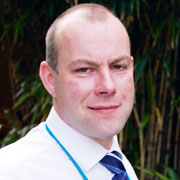 We take animal welfare extremely seriously in the pig industry and certainly don’t tolerate any mistreatment of livestock.

Recent events are the results of a determined campaign by an extremist vegan organisation with a very clear agenda: they don’t want animals to be farmed.

Furthermore, they sat on the footage for months and then passed it to a newspaper. These are not the actions of people who claim to care for animals. We believe some of their video footage has been doctored and staged to exaggerate the situation. The pig farms, in contrast, contacted RSPCA immediately.

We as an industry would not see any pressure group as the arbiter of what constitutes good or poor animal welfare. That is the job of the Farm Animal Welfare Committee (FAWC).

It is well documented that farmers who are members of assurance schemes have higher standards in a number of areas – including the welfare and well-being of livestock and animal husbandry – and this has been backed up by studies from FAWC and experts at Warwick University.

Assurance standards and schemes are very important and we are very proud of the standards we have in the industry. And we are always looking for ways in which we can enhance and improve those standards.

We already have tangibly higher standards than many other countries. The Red Tractor, for example, is the only scheme in the world where farmers can expect to receive four health and welfare visits from specialist pig vets and an annual independent inspection, often at short notice.

We have worked with the RSPCA to address issues such as tail-biting. And we are looking at ways of assessing pig behaviour, rather than just the environment in which animals are kept, to ensure their wellbeing.

We also recognise the importance of employee training in ensuring good animal welfare. So we are fiercely proud of the way we look after our pigs in this country. To suggest otherwise couldn’t be further from the truth.

Joyce D’Silva is an ambassador for Compassion In World Farming 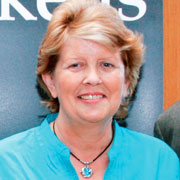 Britain has a reputation as a nation of animal lovers. Many British farmers go above and beyond basic welfare legislation. And many farms have higher welfare systems than our European neighbours, having led the way on getting rid of veal crates and sow stalls.

But recent exposés have revealed appalling levels of blatant cruelty on pig farms. It is easy to dismiss such cases as aberrations, caused by the odd “bad apple” stockperson. And we can’t ignore the routine failure of many pig farms to comply with existing legislation on enrichment and tail-docking.

There seems to be a kind of gung-ho attitude out there to taking such legislation seriously. This does the reputation of our farmers no good at all. It would be good to see the pig industry putting pressure internally on the bad apples and laggards in its midst.

It would also be good to see it calling for proper enrichment for pigs and an end to routine tail-docking. The exposed farms were given the stamp of approval by Red Tractor and Freedom Food. I would like to see the assurance and welfare schemes getting their act together on unannounced visits.

I hardly dare say it – there are moves afoot to get CCTV installed in slaughterhouses. Has it really come to the point where the public feel the need for CCTV on farms? If there are more revelations of the kind we’ve seen, then it could come to this.

There are some excellent farms, including pig farms, out there. I know many of them and I feel proud to take visitors to see them. But there is a big challenge to the pig industry to find a way to be among the best, all the time, on every farm.

Why is this important? Firstly, because the animals we farm are sentient beings and suffer when maltreated or kept in conditions of deprivation. Secondly, because British consumers expect good welfare standards. Thirdly, because good farmers take pride in what they do. Why should they be let down by their peers?