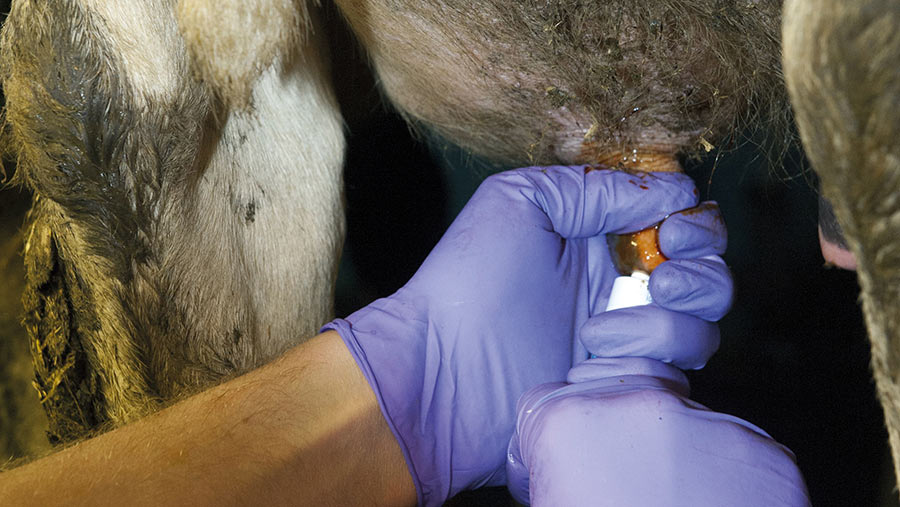 Organic farms have much lower average levels of antibiotics use than those found in all UK livestock units, according to new research (PDF).

A survey, commissioned by the Alliance to Save Our Antibiotics, found that overall antibiotic use for each livestock unit by Soil Association-certified farmers was four times lower than the national average.

See also: How a farmer is using minimal antibiotics in his dairy herd

For sheep farms, it was less than a fifth of the level found in the most recent large survey of sheep farms.

Ed Bailey, of the George Farm Vets practice, who carried out the survey, said: “When we asked Soil Association farmers about how they minimised their antibiotics use they told us that husbandry was key.

“Among a range of factors, frequent responses were that it was important to have good hygiene, to keep animals outdoors as much as possible, to provide a low-stress environment and, in pig farming, to avoid early weaning.

“Many vets and farmers could learn from those farms with high welfare and low antibiotics use.”

Campaigners are calling for organic farming’s high husbandry standards to be recognised as a solution for lowering farm antibiotics use – and they want to see higher health and welfare standards for all British livestock.

Cóilín Nunan of the alliance said: “British farmers have voluntarily cut their antibiotics use by nearly 50% in the past five years, which is very welcome, but these findings show that much lower use could still be achieved.

“Organic farming has stricter rules on antibiotics which do not permit routine use or preventative mass medication.

“If the government is serious about tackling the antibiotics-resistance crisis, it should immediately move to end these practices on all British livestock farms.”

A total of 248 Soil Association farmers took part in the survey and data was successfully obtained from vets for 211 of these farms.