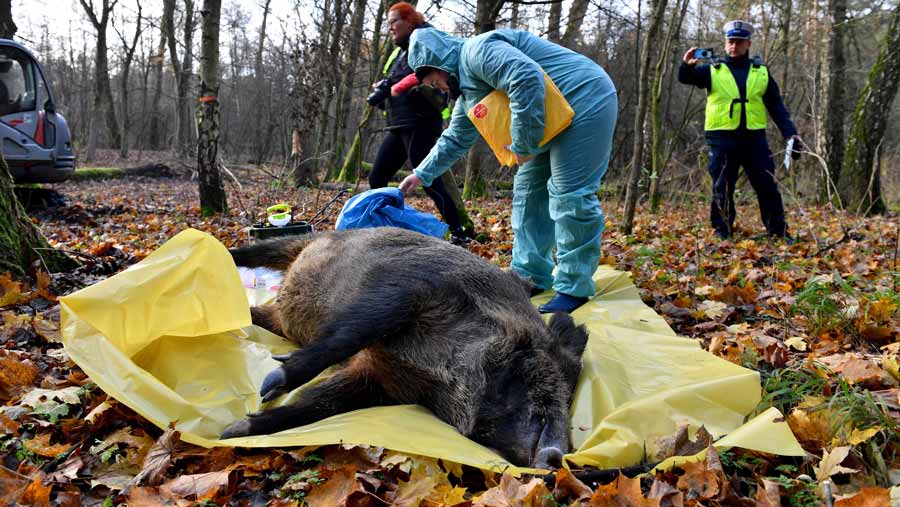 African swine fever is continuing to spread through Europe, with large-scale pig herds succumbing to the disease close to the German border.

According to the latest monthly figures published by the Animal and Plant Health Agency (Apha), the worst-hit areas are Poland, the Baltic states and Russia.

The main change since the July report is in Poland, where the situation deteriorated rapidly in the last 10 days of July. During that period, Polish authorities reported a further 19 outbreaks in domestic pigs.

Two of the herds are close to the German border and although most cases are in small premises, three are in larger premises of about 2,000 pigs. The outbreak in Zielona Góra on 27 July is the closest to the German border to date, at approximately 30km east of the border.

Detecting the disease’s whereabouts has also become more difficult due to Covid-19, which has reportedly reduced the searches for wild boar carcasses in Poland.

Searches are usually conducted by Polish forces, but hunters also play a key role. It is this external help that has been reduced by the threat of Covid-19.

Elsewhere, Latvia reported two outbreaks in large domestic pig premises during July. One was in a very large herd of 9,871 pigs, while the other was 1,785 head.

Both Romania and Russia reported large numbers of cases. Romania had the highest number of cases at 79 in July. But the largest monthly increase in domestic pig outbreaks, with numbers increasing four-fold to 25 cases in July, was Russia.

The Apha warned that the deteriorating situation in domestic pigs and in wild boar meant the UK faced a significant risk of entry of the virus in products of animal origin.

“All travellers are strongly advised to avoid bringing any pork products – for example, dried or cured meats, sausages, salamis or pâté – back to the UK from affected parts of Europe.

“Travellers from Asia and other third-country areas who bring meat or dairy products can also face prosecution and a large fine,” the Apha added.

For ASF symptoms and further guidance visit the Apha website