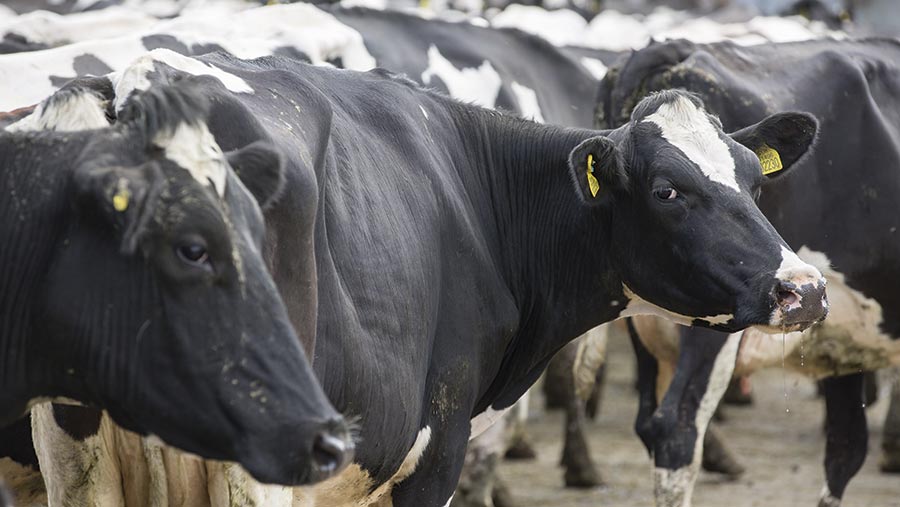 There has been a rise in lifetime daily yield for a fifth consecutive year, the University of Reading’s ninth annual key performance indicator report of 500 NMR recorded dairy herds shows.

Lifetime daily yield is the amount of milk a cow has produced each day of her whole life and is influenced by an animal’s age at first calving along with yield, fertility and health.

The study shows that farmers are continuing to make improvements in this area:

Reading University’s James Hanks, who co-authored the report with Mohamad Kossaibati, says: “It shows us what is being achieved currently by one herd in four.

“Looking at the trends is also valuable – there are bound to be ups and downs year on year, but as we build on the number of years of records in this survey, the data become increasingly valuable as a management tool.”

Dr Hanks believes the figure achieved by the top 25% of herds for each parameter can serve as a realistic target for producers in their discussions with vets and advisers.

Here we take a closer look at the parameters that influence LDY within the dataset to show how they can have an effect, and NMR vet Karen Bond offers advice on how other herds can improve in each of four key areas.

It has also been demonstrated that heifers that calve at 24/25 months have optimal fertility and maximum yield in their first lactation. Heifers that are bred later tend to have poorer subsequent fertility and so poorer longevity.

2. Getting cows back in calf on target

Similar to the benefits of getting cows back in calf – fewer services and fewer days of lower production towards the end of lactation.

Conception rate is much more difficult to influence than submission rate, but there are still things you can do, Mrs Bond says.

Udder health will influence how long a cow stays in the herd – older cows will have higher LDYs as they have a higher proportion of productive days than a younger cow; and to become an older cow in the herd she must have good production, get back in calf and have a relatively disease-free track record.

Cows with high SCC and/or mastitis are more likely to be culled. It can also impact on conception rate and abortion if mastitis incidences are happening in early lactation.