Ewe productivity is linked directly to flock profitability so selecting replacements is crucial to future performance.

Foot and udder health, the condition of teeth and mouth and overall body condition are all deciding factors when it comes to choosing which females to breed the next crop of lambs from, says independent sheep specialist Catherine Nakielny.

“Tupping might not take place until October or November but the time to prepare for the breeding season is now by going through all the ewes to check for signs of lameness, mastitis and poor teeth,’’ Dr Nakielny advises.

See also: 7 ways a sheep farmer has cut antibiotic use

“If a ewe is thin it will take six to eight weeks for her to put on one body condition score (BCS) and that can only be achieved in time for tupping if those ewes are identified now.’’

Farmers Weekly met Dr Nakielny on-farm near Llandeilo in Carmarthenshire where she gave some practical tips on evaluating which ewes to keep and which to remove from the flock. 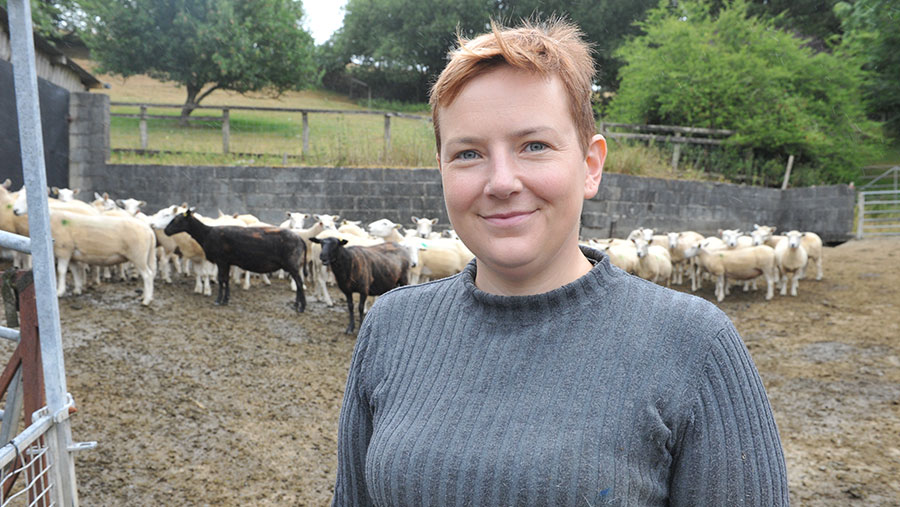 Healthy feet have a direct impact on ewe fertility, but foot soundness and health is often neglected when farmers select breeding stock.

In a healthy hoof both claws will be of equal size and shape, although in some cases the inner claw is slightly larger than the outer. 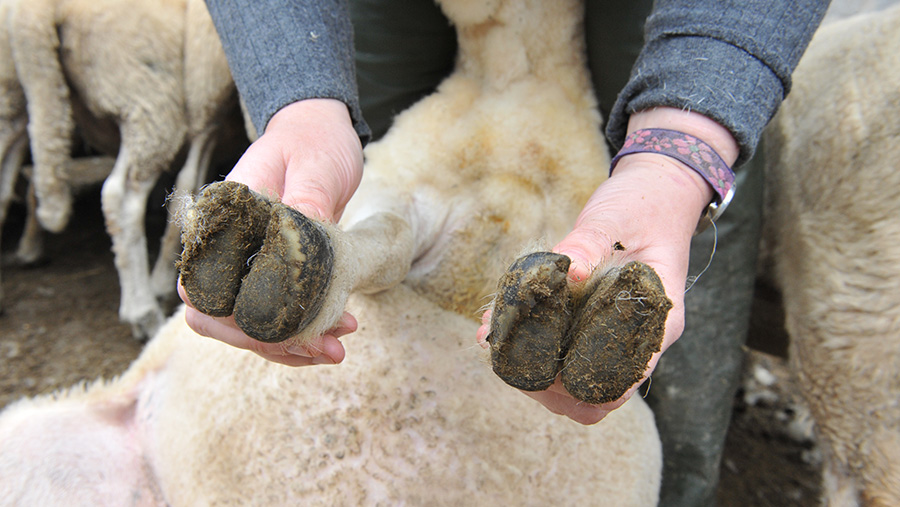 A healthy hoof will have claws of equal size and shape

The wall should be smooth with no deep horizontal grooves or vertical cracks and the sole smooth and slightly concave with the wall slightly higher.

A simple strategy for self-replacing flocks with low levels of lameness is to avoid keeping ewe replacements from sheep that are persistently lame, or if they have been treated for lameness, says Dr Nakielny.

But whether to cull a lame sheep might depend on the level of lameness in the flock, she suggests.

“If there are low levels of lameness, a lame sheep will cause issues in the wider flock so you should cull, but if there is a high level of lameness the culling rate might be lower.”

However, she says anything that doesn’t recover after treatment should be culled.

Ewes with teeth or mouth problems should be not be selected or retained for breeding.

Problems to look out for are long teeth or those that push forward, says Dr Nakielny. “These will loosen and are not comfortable for a sheep so she will have difficulty eating and will lose condition.’’ 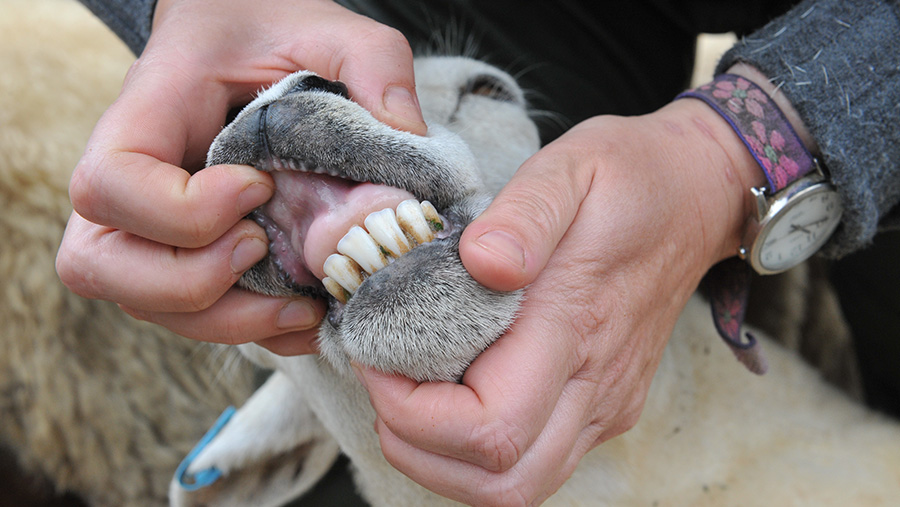 Teeth should not be long or push forward

The molars are more important than the incisors – check these by feeling the outside of the cheek and jaw. If these are infected, the cheek or jaw will be swollen. 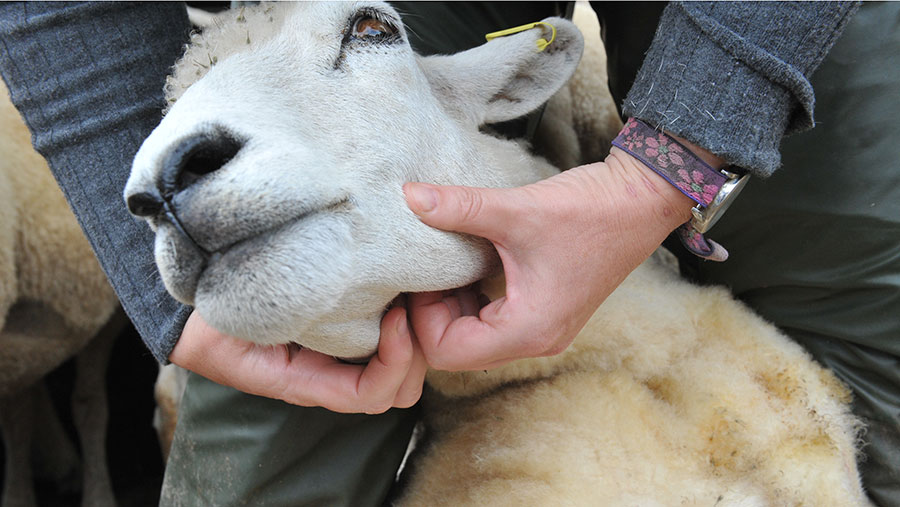 Check molars by feeling the outside of the jaw and cheeks

The top and bottom jaws should be aligned so the incisors are flush with the pad on the upper jaw. 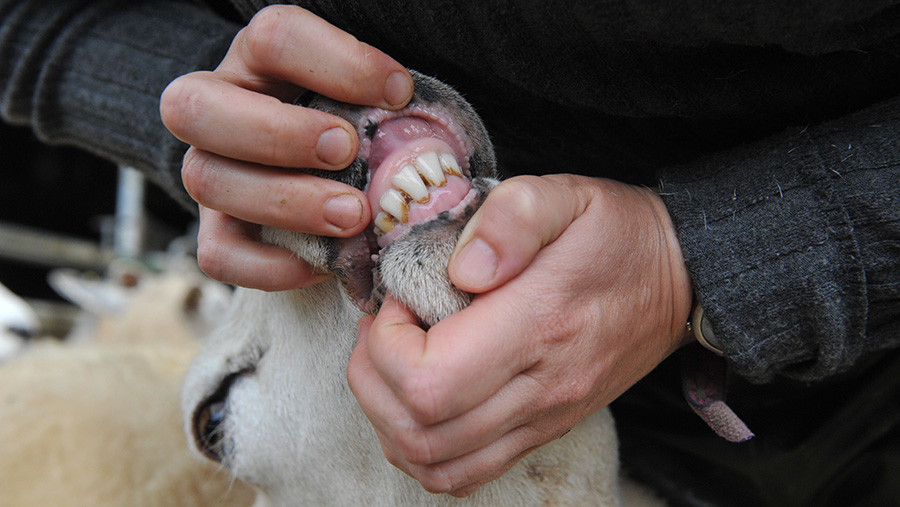 Incisors should be flush with the pad on the upper jaw

Sheep with severe undershot or overshot jaws should not be selected as this is an inherited defect.

A ewe will start to lose teeth when she is four and, although some flock owners will choose to keep these in the flock until there is a specific problem, Dr Nakielny suggests a different approach might be needed this year.

“If you are short of forage consider removing older ewes from the flock because they might struggle to keep condition,” she says. 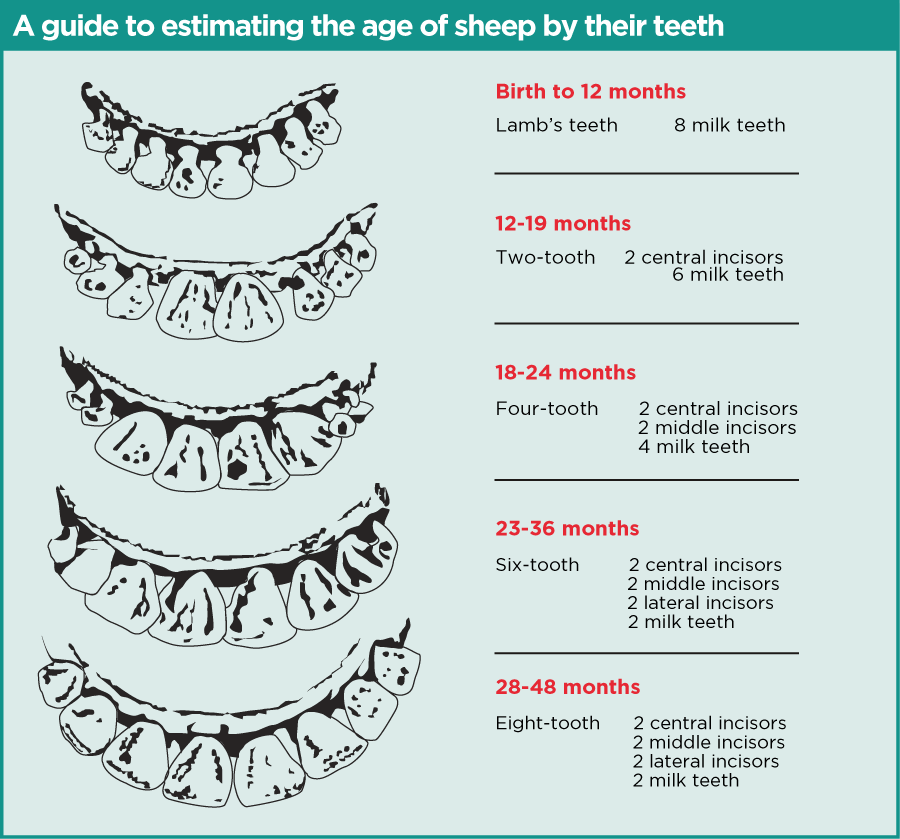 Check for signs of lumps or hardness in the udder as these are indicative of mastitis during a ewe’s last lactation.

A ewe with acute mastitis will walk with a stiff gait, will spend more time lying down and will lose condition. The udder will feel hot from inflammation or cold if the blood supply has been cut off.

Acute mastitis can be life-threatening and requires appropriate treatment using both antibiotics and anti-inflammatory painkillers. “It’s best to get veterinary advice in plenty of time before high-risk periods on individual farms,’’ Dr Nakielny recommends.

Symptoms of chronic mastitis, which can affect one half of the udder or both, are hard lumps in the udder and a stringy texture in the teats.

Don’t check for mastitis until three weeks after weaning because the udder will be engorged with milk during this period.

“An udder that is free of mastitis will be smooth, without a stringy texture in the teats,’’ Dr Nakielny explains. 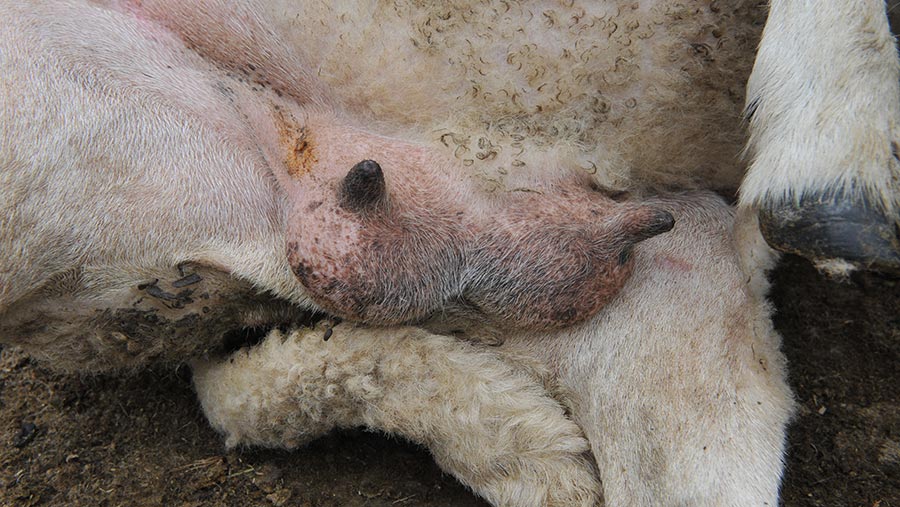 Selection for udder health should be part of routine management. Low and pendulous udders may present a problem for lambs latching onto the teats.

“Teat placement is important – teats should stick out slightly towards each side,’’ says Dr Nakielny.

Ewe condition in the lead up to tupping influences scanning percentage and lamb survival.

Ewes should ideally be in condition score 3.5-4 at tupping, Dr Nakielny advises.

“Feel the short ribs and the backbone to establish how prominent they are. You want these to be smooth,” she says.

“You need to be able to feel the spine, but it mustn’t be sharp; it needs to feel well-rounded.’’ 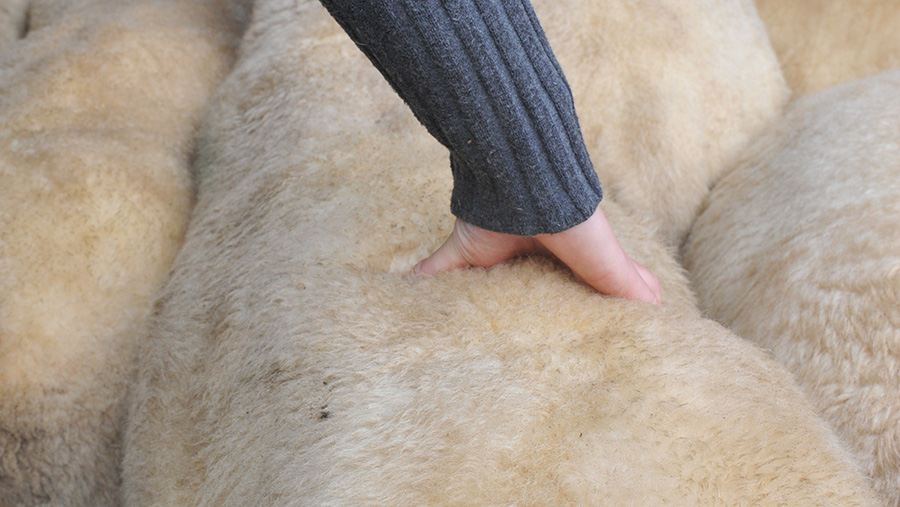 Feel the short ribs and backbone to condition score a ewe

Prioritise ewes that are under condition by separating and preferential feeding.

“You can balance the cost of this by keeping better-conditioned ewes on maintenance,’’ Dr Nakielny suggests.

“If a ewe is very thin it will be very hard for her to gain condition in time for tupping so it might be worth selling her because it won’t be cost effective to keep her.’’

“It’s important that we tup more than we need as replacements, as inevitably their scanning percentage is never very high due to only being in for 17 days with the ram,’’ says Mr Anthony.

“We will then sell all the empties as old season lamb – this works well as usually demand and price is up a little bit in the first few months of the year.’’

Farm manager for Gareth Davies at Cwmgwilym, a 174ha upland beef and sheep farm near Brecon

“I see one lamb as profit and the other as cost,’’ says Mr Walkden.

450 mainly Beulah Speckled Face with some Poll Dorsets and Texels 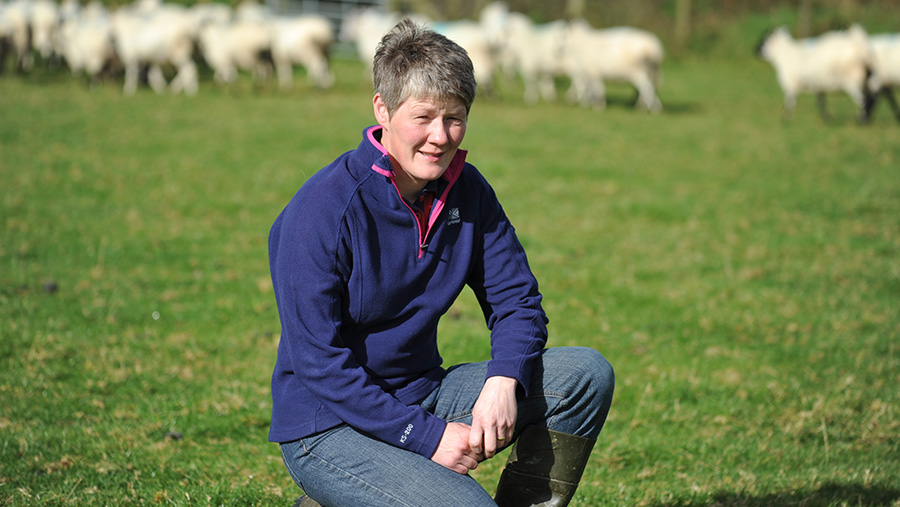 “EID records any issues at lambing and this information is flagged up when they are put through the race,’’ says Mrs George.   “A ewe has got to be healthy and productive so we are now more harsh with our culling selection.’’