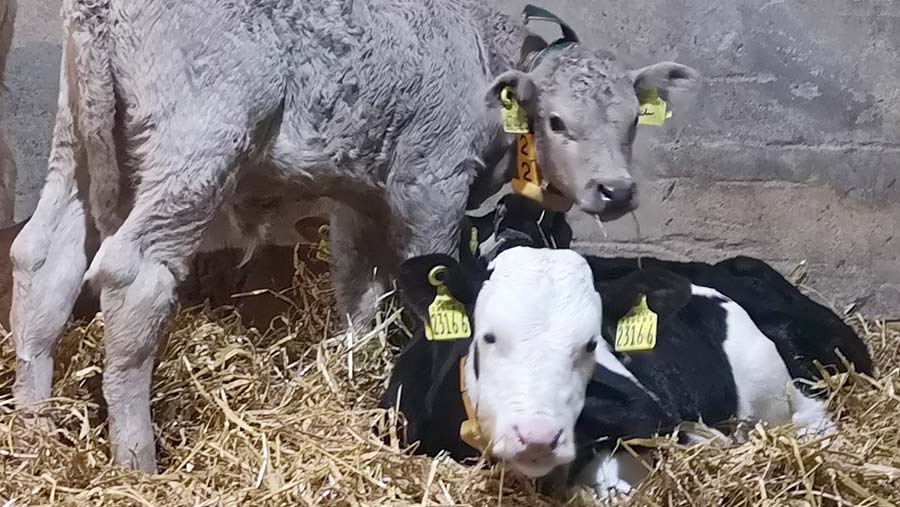 Weight gain data from an app has transformed how a beef finisher markets cattle, after revealing a £120 gross margin difference in the best and worst performing sires.

Northern Irish farmer Gary Spence has developed three marketing routes for his cattle, based on weight gain reports from an app linked up to his weight crate system.

The information is being used to track and compare the performance of progeny of different beef sires, and identify the best- and worst-growing to get them off farm faster.

See also: Beef sire worth up to €200 more in dairy-cross calf profit

The Breedr app – which charges a £99/year subscription for full membership – has identified calves that have yielded £120 more gross margin than others, helping Mr Spence drive profit in his business.

“I went to the Farmers Weekly Data and Technology event and heard about the app there. I am now a development farm piloting the system.”

Cattle are weighed every time they go through the crush, giving a weaning growth weight, a yearling weight and a weight gain on the finishing ration. 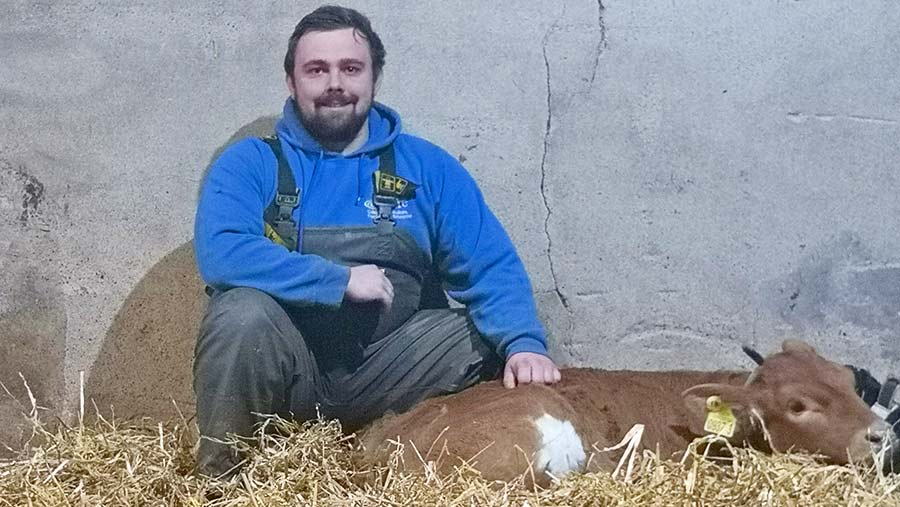 How it affects marketing

“Before, I was keeping the poorest animals, trying to finish everything, but now I can sell them as stores earlier,” says Mr Spence, who farms with his father David near Kilkeel, County Down.

“To make a margin, I must keep mortality low and achieve 1kg daily liveweight gain (DLWG) throughout the animal’s life, and have them at 400kg or more by a year old.”

On the app, animal growth is displayed on colour-coded charts, providing a visual aid for growth performance.

Green indicates animals are growing well and in the top third of performance; blue is average; and red highlights animals within the bottom third.

Low achievers
• Cattle not growing sufficiently well
• 400-500kg at 16 months old
• Averaging 0.8-0.85kg a head a day or less
• Sold as stores in the spring
• They are entering the least efficient phase of their lives from a feed conversion point of view, so they are sold privately, helping farm cashflow

Average
• Middle performers doing 0.85-1kg a head a day
• The lesser animals in this group are often sold as stores too
• These are finished at grass in the autumn at 24-25 months
• On high sugar grass leys and 6kg of rolled barley they can grow at 1.8kg a day

However, Mr Spence is always looking for the most cost-effective ways of finishing his cattle, and nothing is set in stone.

Labour efficiency is also key, with Mr Spence often working away from the farm in his current role as a technical advisor in the industry. 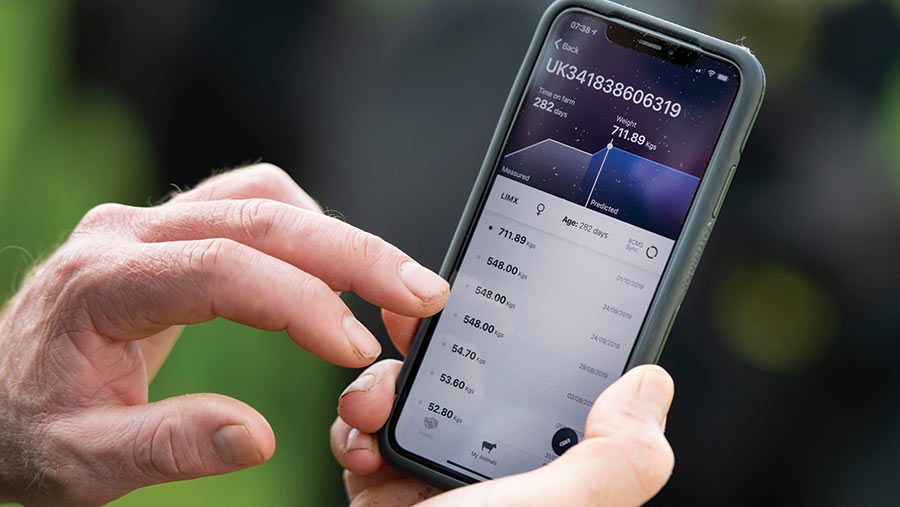 Mr Spence says he now hopes to work closer with farms that have the best calf rearing protocols, and which use bulls that he knows produce results in his system.

“The lowest growth rates are often the calves that needed to be treated with antibiotics and have had pneumonia,” he explains. “There are also some bulls that seem to work the best for me, so I would like more calves by those bulls in an ideal world.”

However, farming is rarely straightforward and TB restrictions, or a run of heifer calves, can limit progress on sourcing the best calves directly from dairies.

“Which sires suit me might not suit somebody else,” explains Mr Spence. “I have Charolais sons doing 1.45kg DLWG, Fleckviehs doing 1.45kg and Herefords doing 1.2kg – so there is good performance in every breed.”

Calf rearing phase
• Autumn-born bull calves are bought privately from dairy farms at two weeks old
• Milk powder intakes start at 705g a day, lifting to 1,025g a day over 10 days
• Calves are weighed fortnightly and the feeding programme is adjusted based on performance.
• Weaning begins at 40 days on the farm over a 16-day period, usually meaning calves are weaned at 56 days (eight weeks) old at 90-95kg. Angus calves are weaned slightly lighter at 85kg as they are born lighter.
• From arrival until 12 weeks, an ad-lib calf ration is offered, consisting of 25% barley, 22.5% flaked maize, 15% soya hi-pro, 10% flaked peas and beans mix, 10% whole oats, 10% soya hulls, 5% molasses, 2.5% minerals.
• The ration is approximately 12.6 metabolisable energy (ME) and 18.1% crude protein and costs £245/t.

Post-weaning winter phase
• Calves are transitioned onto an ad-lib concentrate diet for four months, then fed a forage-based total-mixed ration (TMR).
• This consists of grass silage, lupicalage (lupins and triticale), barley, maize, soya, molasses and minerals according to forage analysis mixed in a second-hand diet feeder that cost £1,100.
• Calves are turned out in March after mineral boluses and coccidial vaccinations are given.

First summer
• Calves are rotationally grazed in two- to three-day paddocks and dosed with anthelmintics according to faecal egg counts.

Second spring
• By the following March, anything at 500-550kg is put onto the finishing diet and the lowest-performing animals based, on the analysis of weight gain on the app, are sold as stores.
• Cattle are grown to target a 365-day liveweight of 400kg. Calves are finished at around 330kg deadweight at 18-24 months.
• The average performing cattle and those of native breeds are finished at grass with rolled barley and minerals for 45 days.