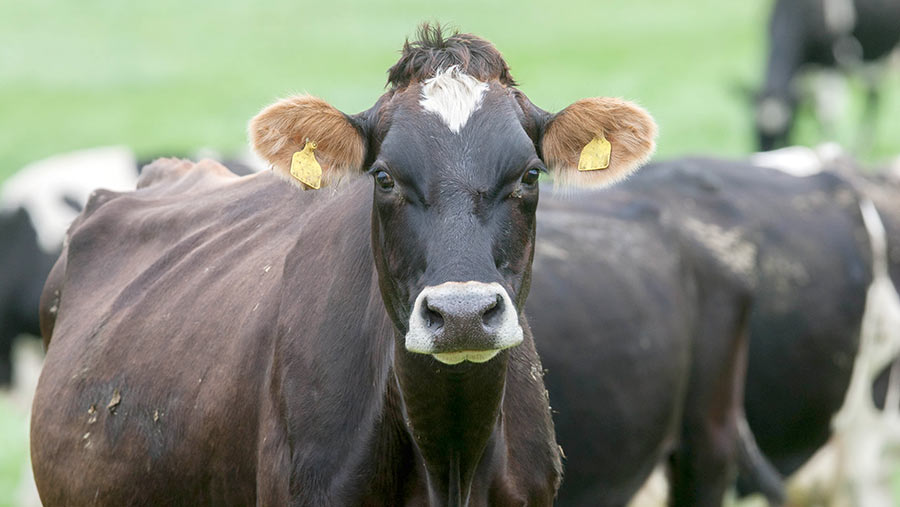 County Waterford spring calver Oli O’Gorman was one of the farmers within the Deise 1250 discussion group to embark on a cow efficiency study to assess the liveweight of animals and compare it with milk solids production.

Mr O’Gorman discovered a huge variation of efficiencies within his herd. He found that the top performing mature cows were making €750 more than the less efficient animals.

Mr O’Gorman, who has been steadily expanding his herd and will be milking 760 cows this season, is a member of the Deise 1250 group, a discussion group which has set a target of producing 1,250kg of milk solids per hectare.

The project began in 2016 when Brian Hilliard of Teagasc encouraged members of the discussion group to weigh all cows and collect milk recording information with all drying off data.

Cows were weighed mid-lactation in June-July, and body condition was scored at the same time.

For Mr O’Gorman’s herd, 2018 results showed that as bodyweight increased with the parity of cows, so did their milk solids production, but with a huge range at each stage.

Among the mature (parity 4+) cows, there was a huge difference of 1.08 MS/kg BW produced by the top cows while the worst performers achieved only 0.64 MS/kg BW:

Mr O’Gorman believes it is a very useful tool to identify if the system is carrying passenger cows, and he plans to use the data to inform his culling decisions.

“The aim going forward is for a 500kg mature cow herd with low variability producing close to 1kg MS/kg LW from as much grass as possible,’ Mr O’Gorman said.

“You can alter the whole thing if you start pumping in meal, but this is based on using as much grass as possible.”

The benefits of weighing cows