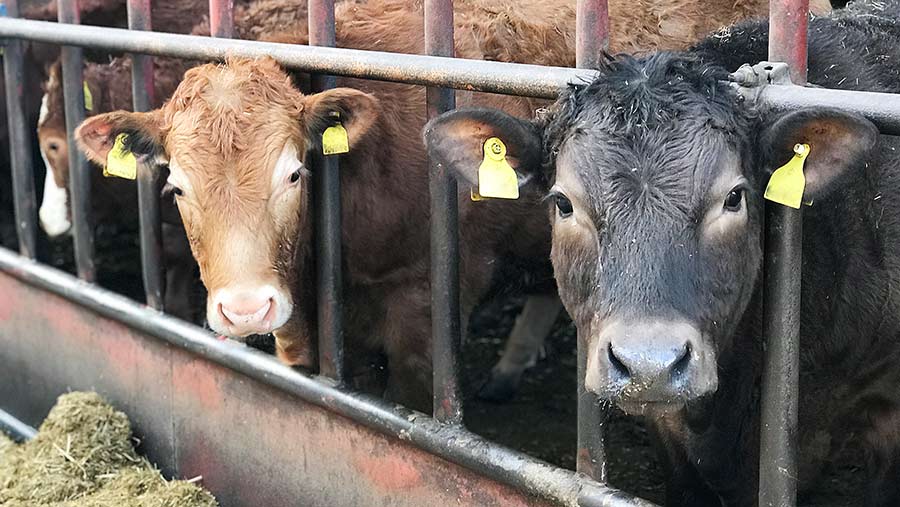 Data collection is becoming increasingly important for livestock farmers in order to make decisions on everything from breeding to nutrition.

While getting to grips with collecting large quantities of data can seem like a daunting task, doing so can have a lot of benefits, as one beef farmer in Wiltshire has found out.

Farming at Spiers Piece Farm near Steeple Ashton, Wiltshire, Sam Awdry monitors and records a range of data about his beef herd. 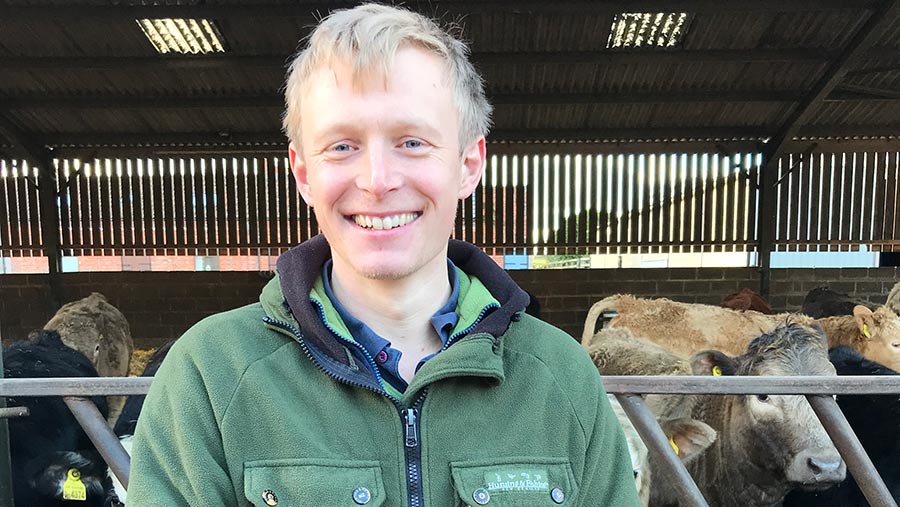 “We use Summit to create the data and then I enter it on to spreadsheets I designed on Excel. It takes a couple of hours to set up, but once it is there, it is there forever.”

The farm is home to 300 head of cattle, running on a three-breed rotation using Angus bulls as the main sire, alongside Charolais and Fleckvieh.

Cattle calve down in the spring in a 10- to 11-week block, with calves weaned at between eight and nine months before moving on to a grass-based finishing system. Steers are finished at about 380kg by 24 months of age and the earliest leave the farm at 20 months.

With a busy system to operate and a desire to run as profitably as possible, Mr Awdry began recording performance data to aid his management decisions about eight years ago.

“I record quite a lot – cow weaning efficiency, weight of calves at weaning – if I can record it and get a benefit out of it, I try to do it.”

Below, is some of the key information he records and how it is influencing management decisions. 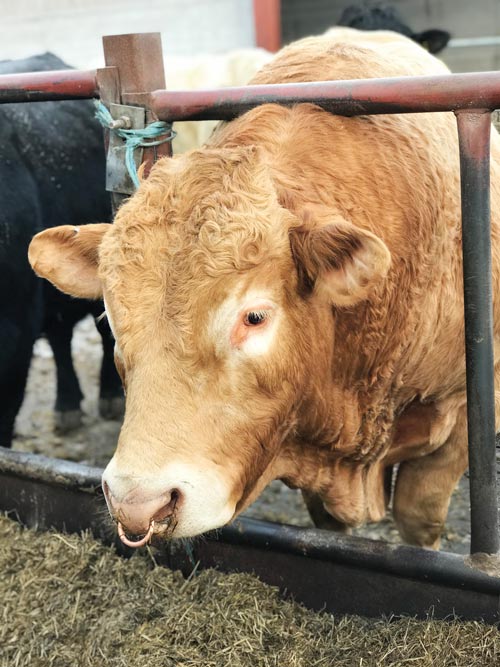 With cow weight influencing income, one thing that is carefully monitored by Mr Awdry is steers’ weight at 500 days.

“In 2012-13 we had some problems due to bought-in calves that really affected the 500-day weight – dropping to about 420kg in the Blonde-cross steers.”

The Blondes had a much lower weight and slower growth compared with Angus-cross and Fleckvieh-cross – the 2017 Blonde calves recorded 500-day weights of 470-480kg. As a result, Mr Awdry is changing to Charolais.

“We identified the problem, rectified it and since then our 500-day weight has improved year-on-year.”

“Interestingly, the data I’ve collected shows the Fleckvieh is our top-performing bull – by quite a long way.

The 2017 calves’ 500-day weight averaged about 510kg, which is perhaps unexpected given that they’re a dairy breed.”

Through monitoring the days on farm across the breeds, it was highlighted that the Blonde-cross calves took much longer to finish, and so – based on the data – he made the decision to stop using them as part of the breeding programme.

“We can see that Fleckvieh’s tend to stay on farm slightly longer, but you can take them to slightly heavier finishing weights.”

The 2016 calving group showed average days on farm for Fleckvieh cattle of just under 680 days, and 650 days for the Anguses, compared with 710 days for the Blonde calves – illustrating the difference between the breeds.

“The data story tells it all, really, in terms of why we are not using them anymore,” he adds.

“From monitoring this, we have been able to deduce that the heavier the cow, the less efficient she is,” explains Mr Awdry.

Cow weaning efficiency is also monitored by age, and his data has shown that the older stock get, the more their efficiency percentage declines. “In terms of making genetic decisions, knowing this really does help.”

Therefore, cows are culled based on age/efficiency and any undesirable behaviour traits.

“For me, the most important is the total weaned of cows put to the bull, as it incorporates all the other fertility data.”

Calving interval is recorded both as a total and across individual breeds within the herd.

“From this, we have been able to see the difference in gestation periods – with British Blonde calves consistently having longer pregnancies. This has been another driver behind switching from British Blondes to Charolais, with the hope of reducing our overall calving index.”

Calving performance is recorded on an annual basis, including not-in-calf cows, abortions, calving losses and calves lost up to weaning.

“Over the past eight years we’ve had issues with longer calving blocks and bull problems that was picked up via the calving performance data,” he explains.

“This year, our not-in-calf percentage is about 11.5%, which is not too bad, given the year we had last year, but now our target is to get this under 10%.”

While there is undoubtedly a bigger time commitment when it comes to recording herd data, it’s worth the investment, says Mr Awdry.

“You can never just be comfortable with where you are – you always need to want to do better and improve your performance. Having a sound monitoring system and collecting good, usable data can really help when it comes to making management decisions and improvements.”