Strong demand for bulls with all-round performance figures and easy-calving attributes saw 20 bulls make five figures or more and 59 make 5,000gns or more as averages lifted £871 on the year.

This pushed bull averages up again after last year’s £1,057 rise, as throughputs were lower for males classes.

Meanmachine is from Garry Patterson, Aultmore, Keith, and is an easy-calving sire with two copies of the F94L “profit gene”. 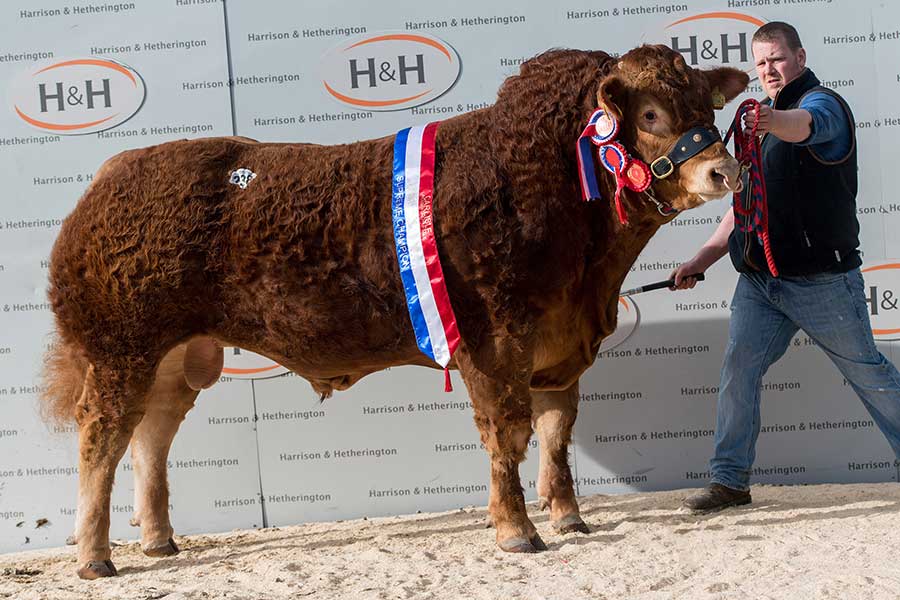 Aultside Meanmachine topped a solid day’s trading for Limousins, with a two-way bid of 65,000gns

The August 2016-born sire is by Wilodge Cerberus and out of Spittalton Flush. He is full brother to the 55,000gns Aultside Hulk and full sister to the 18,000gns Aultside Mystique, who was reserve female champion at the Stars of the Future show last year.

An internet bid from pedigree breeders A Renton and H Redden, Berwick, snapped up Gunnerfleet Mongo for 30,000gns. Mongo is from Ian Handley, Ingleton, Lancashire. 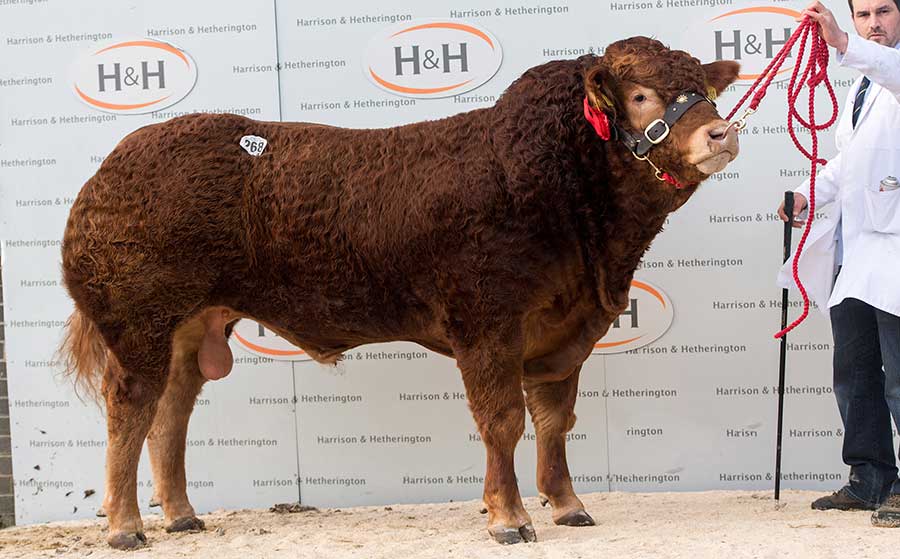 He is from the herd’s top cow and Plumtree Fantastic daughter Gunnerfleet Ilocks and by AI sire Ampertaine Gigolo. His dam line goes back to Una.

The next of four bulls selling for more than 20,000gns was Lenagh Morpheus at 28,000gns, which was knocked down to the Wilodge herd, Shifnal, Shropshire.

Morpheus was from Mark Stewart, Randalstown, County Antrim, and out of Lenagh Chanel, a Broadmeadows Cannon daughter. He is another Plumtree Fantastic son. 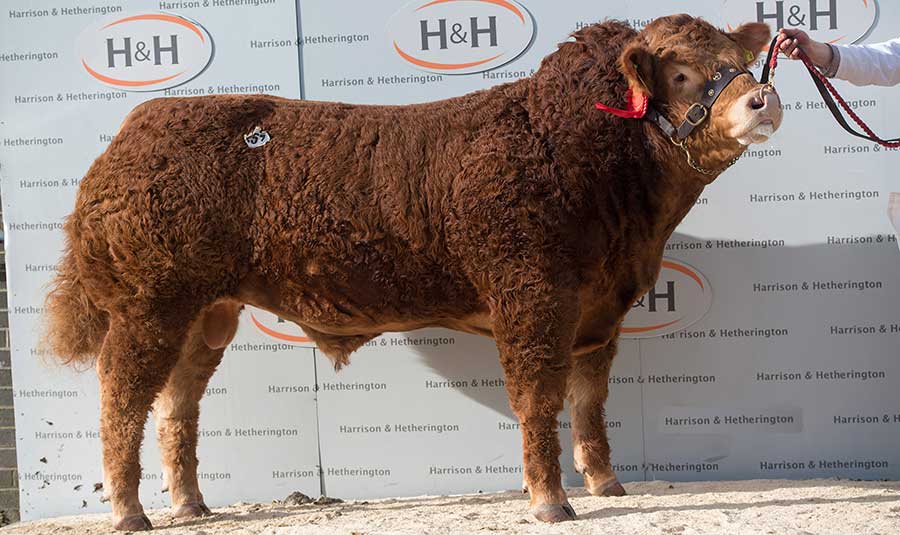 Lenagh Morpheus made 28,000gns and was one of two Plumtree Fantastic sons to make big money on the day © Wayne Hutchinson

He is out of Ampertain Elgin daughter Bernish Julifortune and by the 23,000gns Fairywater Haig. 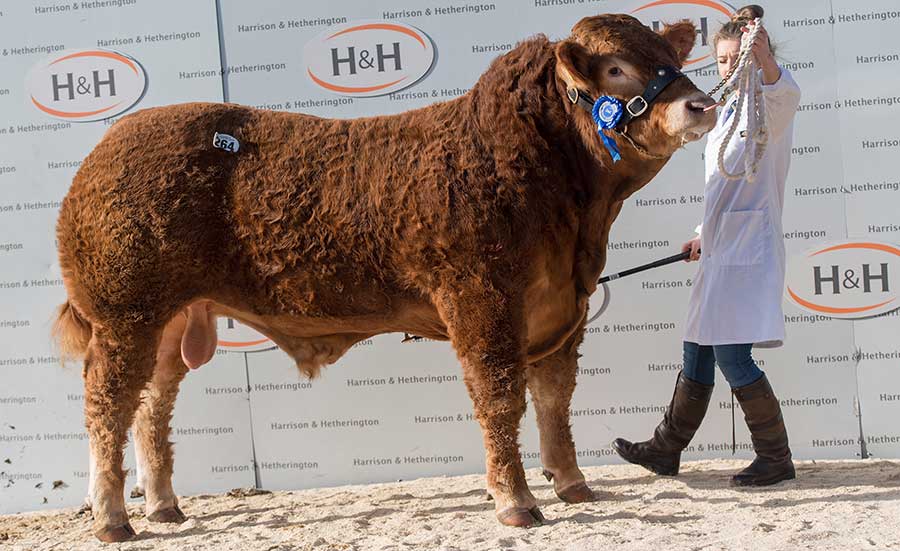 Next came Telfers Munster at 20,000gns from freelance partnership Malcom Telfer and Helen Claxton, selling their first Limousin bull at auction. He is by AI sire Lodge Hamlet and out of the herd’s first female and Goldies Florist daughter Telfers Imaginations. 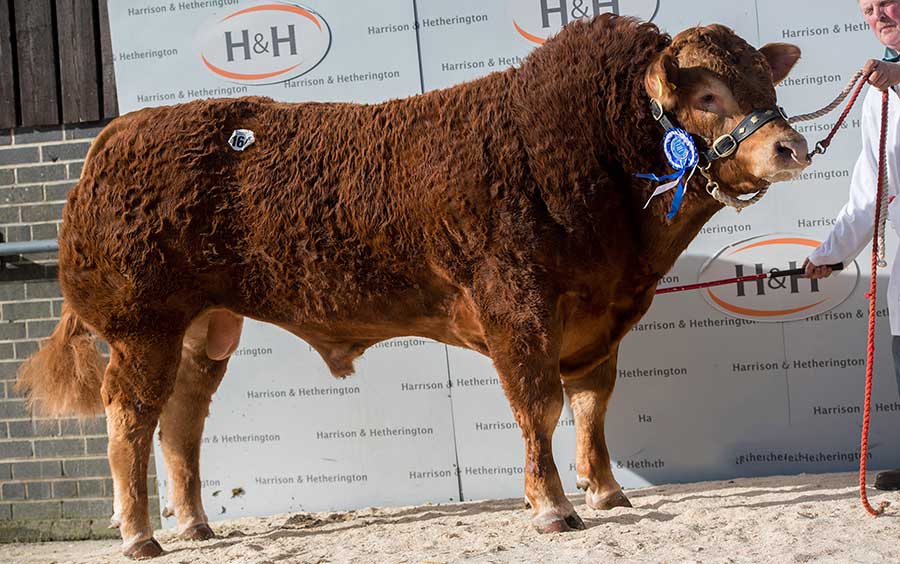 He knocked down in a two-way share to the Trueman herd of Henry Savage and Sons, Newry, County Down, and Dan Tynan, County Laois, who runs the Ardlea and Elite pedigree herds.

Trade topped at 7,000gns for Trueman Miranda from Henry Savage and Son, Altnamackin, Newry, County Down. She is by the world record-breaking Trueman Jagger and out of Trueman Honey. 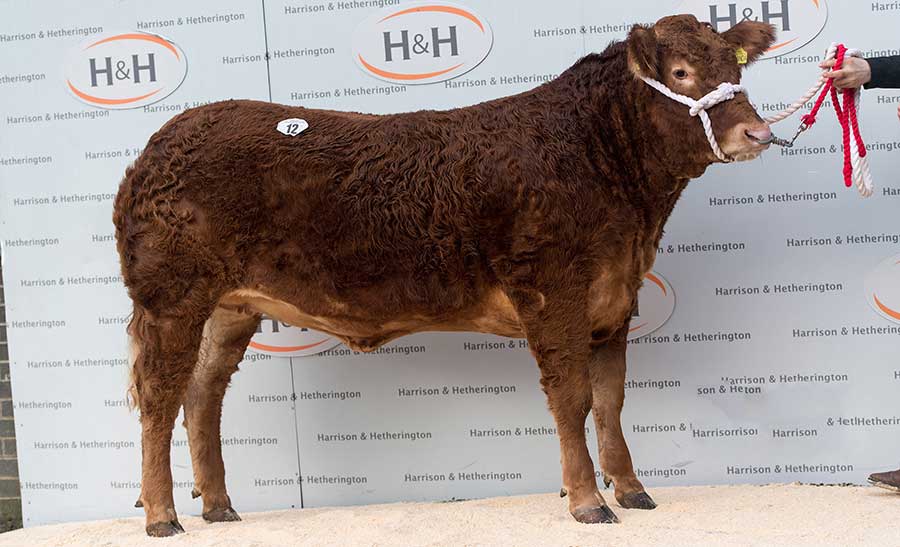 Miranda knocked down to M and JC Gould, who are establishing their Woodmarsh herd, Bomere Heath, Shrewsbury.