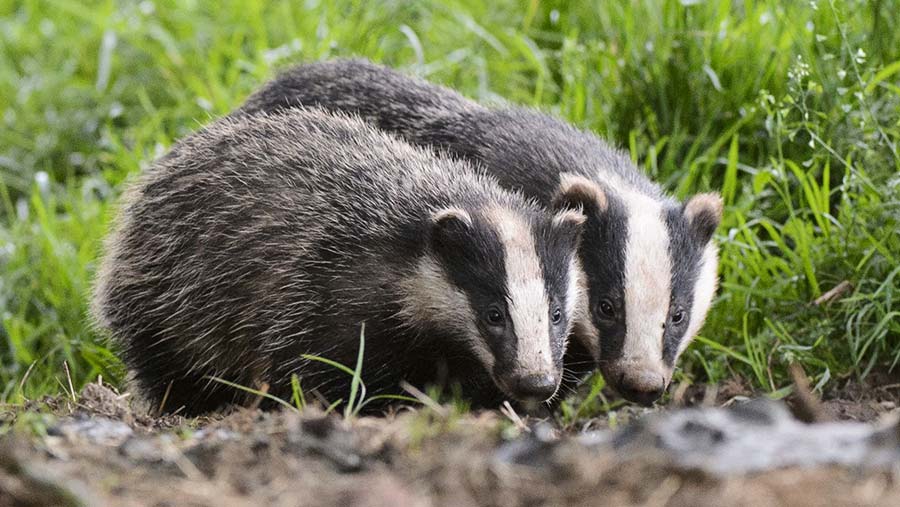 The badger cull is to be extended to five new areas of England as the government ramps up its efforts to tackle TB in cattle, according to reports.

Farmers Weekly exclusively revealed on Monday (22 August) that marksmen were set to resume culling in the next few days in the existing cull counties of Somerset, Gloucestershire and Dorset.

The BBC reported that Devon farmer Tony Francis, who farms a herd near Okehampton, Devon, had signed up to one of the new culling operations in the north of the county to prevent disease from returning.

Defra is expected to confirm the extension of the cull in an announcement this Friday (26 August).

However, Defra agency Natural England, which issues licences to marksmen, has refused to confirm any start dates for culling.

“England has the highest incidence of TB in Europe and that is why we are taking strong action to deliver our 25-year strategy to eradicate the disease and protect the future of our dairy and beef industries.

“Badger control in areas where TB is rife is one part of our long-term plan, which also includes strengthening cattle testing and movement controls and improving biosecurity on farm and when trading.”

News that Defra’s badger culling operation will be extended to more counties will be welcomed by most farmers, who insist that the badger population is out of control and numbers need to be cut to tackle the reservoir of disease in wildlife.

Ross Murray, president of the Country, Land and Business Association, said: “We support the government’s 25-year strategy for eradicating bovine TB. The badger cull is one important part of a comprehensive strategy, which also includes pre- and post-movement testing of cattle, the removal and slaughter of infected animals and vaccination.

“Bovine TB is a devastating disease that is causing misery for dairy and livestock farmers across the countryside. It is vital that all those involved in the cull have the support of local people and law enforcement as they carry out this important task.”

But opponents maintain that culling badgers will have little effect at reducing TB breakdowns in herds.

Mr Hammonds, who has lost dozens of his cows to TB, told listeners: “Everybody must agree that the badger population over the last 20 to 30 years has increased out of all proportions.

“If you have a big population of any wild animal, it does lead to a build-up of disease. I think if badger numbers were controlled, the disease risk in the badgers would decrease quite a lot.

You would have a healthier badger population. Also, it would decrease the amount of TB in cattle.”

However, Mr Dyer branded the cull extension was a “catastrophic decision”. He added: “Over the last three years, we have killed 3,916 badgers at a cost of over £25m to the taxpayer.

“None of those badgers have been tested for TB. The vast majority are probably completely free of the disease. Many have been killed by a free shooting method, which is seen as cruel by the government’s independent expert panel and also the British Veterinary Association.”

“Defra statistics show that the numbers of cattle slaughtered for TB in the cull zones, in the surrounding areas, are continuing to rise. This is really a very costly, scientifically ineffective policy which is very cruel.”

But Mr Hammonds hit back, saying: “Over the last five years, 228,000 cattle have been killed. I think there is a rather biased argument on the side of the badger protection people.

“They just don’t seem to care about the livelihood of the farmers that are absolutely devastated by TB.”