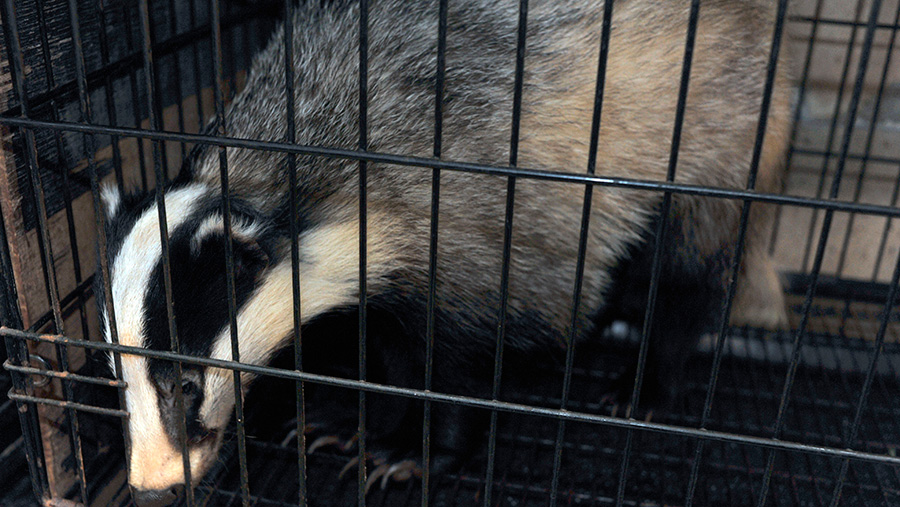 Badger culling is set to be rolled out more widely across England this autumn as the government steps up its efforts to tackle bovine TB.

Both men penned a number of letters on the subject detailing their respective views on badger culling, bovine TB and the science behind Defra’s policy. Below Farmers Weekly presents their exchange in full.

It’s been over three years since we debated live on Sky News, prior to the start of the badger culls in the summer of 2013.

During the interview you told viewers I was seeking to undermine the future of the dairy and livestock industry, by campaigning to protect badgers and stop a cull which was of critical importance to farmers to reduce the spread of bovine TB.

None have been tested for TB and the rate of new TB infections in cattle and new herd incidents continue to rise in the counties where culling is taking place (according to Defra figures).

The badger cull has been a catastrophic failure on scientific, humaneness and cost grounds.

It’s been a dangerous distraction from getting on top of the spread of bovine TB in cattle, through better TB testing systems, movement controls and biosecurity.

It’s time to accept that badger culling is bad for farmers and taxpayers and is leading to the cruel, senseless destruction of a protected species.

‘You have tried to mislead’

Regarding your failure to stop the pilot badger culls, thank goodness Defra has a 25-year bovine TB eradication plan in place that involves removing both cattle and badger reservoirs of infection.

There have been 3,961 badgers culled, but you declined to mention that in that same period 112,580 cattle have been culled. Many of these cattle are breeding stock and expected to remain on farm for many years.

We can bounce figures back and forth, but the crux of the matter is, without doubt, there is a reservoir of TB in the badger population that no amount of cattle measures can influence.

You have typically tried to mislead by using the Defra bovine TB statistics for the whole county incidence of bovine TB where culling is taking place.

In both counties, the pilot cull areas are in fact less than 10% of the whole county. Therefore it is futile to comment that the cull has been a “catastrophic failure” in these counties.

More than 50% of the badgers tested in my locality were found to be infected with TB. As CEO of the Badger Trust, would you not agree that you should be striving for a TB-free badger population?

Badgers have become an innocent victim of the livestock industry, but there is little evidence to prove they are responsible for spreading bovine TB to cattle.

Despite the tens of millions of pounds spent killing badgers over the past 40 years, the only real evidence against them when it comes to the spread of bovine TB, rests on a poorly conducted experiment undertaken by Ministry of Agriculture scientists in 1975.

Despite being in close proximity to nine badgers excreting TB, it took six months for the first calf to react positive to a TB test. A second reacted positive at eight months while the third took 10 months.

The scientists who undertook the research accepted the risk of cattle acquiring TB from badgers was very low, even under highly artificial conditions.

There is also strong evidence to show that badgers stay away from cattle.

Defra will never be able to prove that killing tens of thousands of badgers is having any impact on lowering bovine TB because this is principally a disease of cattle.

Rather than waste huge sums of public money killing largely healthy badgers that pose no threat to cattle, the focus needs to be on better TB testing, tighter movement controls and biosecurity.

‘Do you pursue this cause for wider political objectives?’

There have been numerous studies on the role of the badger in bovine TB since 1975.

Without doubt the badger plays a part in the spread of TB. TB-infected badgers do interact with cattle and most importantly deposit infected urine, faeces and sputum on pasture.

It is time to stop pretending that badgers are not involved.

The Republic of Ireland, which has a non-selective badger cull policy, has seen an overall drop in mean TB prevalence in badgers from 26% in 2007 to 11% in 2011.

There has also been a drop in bovine TB in cattle.

It is thought if badger density is kept to 0.5 badgers per sq km TB would no longer be a problem.

Before the Badger Protection Act, with cattle skin testing and a smaller and healthier badger population in 1984 we got down to just 250 cattle culled for bovine TB.

Since the Act came into force and also with the introduction of progressively stricter cattle controls and biosecurity measures, we have a much larger and infected badger population, and more than 30,000 cattle culled each year.

Unless the reservoir of infection is addressed, bovine TB will continue to spread across the UK until all UK badgers are infected.

I notice you failed to answer my question on how to achieve a TB-free badger population.

I question whether you pursue this cause genuinely for badger welfare or as an attempt to achieve much wider political objectives?

Vaccination, as you well know, is the answer to controlling TB in badgers, costing 10 times less than culling with near total group immunity in four years, whereas culling takes at least nine years to impact on cattle TB, if at all.

But, as ever, you are missing the point by falsely linking TB in badgers and cattle.

Badgers are simply one of many “spillover” hosts infected by cattle.

Repeated studies prove badgers specifically avoid cattle in pasture and buildings and we all know cattle won’t feed on soiled ground, so the faeces, urine and sputum idea is nonsense.

Either way, the ultraviolet radiation in sunlight kills the mycobacterium.

Cherry-picking data to suit your theory doesn’t change the fact that bovine TB is a complex problem with difficult solutions.

Your Irish figures are misleading because they exclude the last four years.

Also, the Republic of Ireland may be about to give up on culling.

Any reduction there, as in Wales (where they don’t cull), is purely down to improved cattle testing and movement controls.

The apparent increase in reactors everywhere is not in fact a sign of the disease getting worse, but of increased detection through better testing.

The cattle industry is doomed to living permanently with the misery of bovine TB if it cannot get over its futile obsession with badgers and continues to ignore the real sources of the disease (such as spreading infected muck on pasture) and fails to adopt the scientifically proven methods of controlling it.

‘Vaccination is no utopia’

I am seriously concerned about your obvious lack of knowledge and understanding of badgers, cattle, TB and the science that surrounds it.

This is quite contemptible given your position, CEO of the Badger Trust.

You should be held to account for promoting such inaccuracies. Vaccination is not the bovine TB utopia you portray and is unavailable. You are clearly looking at the Welsh figures upside down, try turning the graph up the correct way and have a look then!

You refuse to answer my question regarding your position concerning TB-infected badgers.

What are you doing about them?

One can only assume you will continue to let them die a lingering and painful death while spreading TB in the environment.

To livestock farmers the single most important thing is the health of their herd.

What a shame you don’t have the same responsibility and compassion for the badger you purport to support.

The government has a 25-year strategy, which includes wildlife control and further cattle measures.

I have seen too many of my cattle taken for bovine TB while infected badgers enjoy total protection.

It is scientific consensus that badgers do contribute significantly to bovine TB spread and as such their control is part of the solution along with cattle measures and biosecurity.

It is imperative for rollout to continue for the policy to be successful.