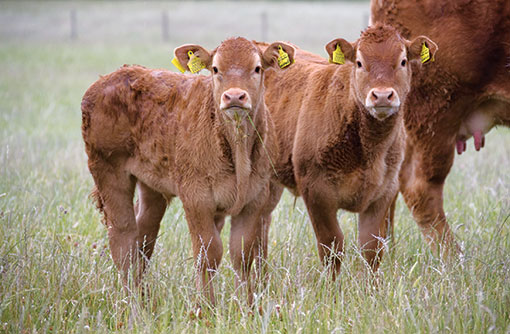 Technology doesn’t just have to be restricted to the dairy, pig and poultry sectors, there are plenty of tools beef farmers can benefit from.

Heat detection collars and artificial insemination may be more associated with the dairy industry, but one Gloucestershire suckler producer is reaping the rewards from such technology.

Simon McPherson from Sezincote Farms has been artificially inseminating the pedigree and commercial herd of 167 Limousins for the past four years in order to give more access to superior genetics.

As a result, productivity has increased by increasing fertility, speeding up genetic progress and producing high-end quality cows.

Heifers are artificially inseminated to calve in November with the aim of getting all cows AI’d before turnout. A sweeper is used for the following nine weeks, resulting in the current calving period from the end of October to April, explained Mr McPherson at the event.

AI has given the farm access to a vast amount of genetics and to semen from bulls costing between £20,000 and £50,000. Mr McPherson allows three straws of £15 semen an animal before it is put to a sweeper bull or culled.

“AI is definitely more cost-effective as there are no feed, housing or veterinary costs. We choose the semen based on bulls with high EBVs for growth and maternal traits. We decided to use semen with no royalty fee so we could use more straws an animal,” said Mr McPherson.

Not only has AI increased herd fertility, with pregnancy rates up from 58% in 2011 to 71% in 2012, Mr McPherson has seen the benefits of genetic progress each year through improved conformation in the progeny.

Bulls are castrated and sold as steers at 18 months and this autumn 34 steers were graded U, with only one grade R.

“With AI, you know they are being served, you know which ones do not hold, they are used to being handled and so there is less stress. Cows are now pulled out and DIY AI’d straight away. With a natural service you don’t have to heat detect, but you don’t know if the bull is working or not until PD’ing so you are less likely to pick up fertility problems,” he added.

With this in mind, the farm has invested in heat detection collars. Prior to the collars, Mr McPherson carried out heat detection by visually detecting bulling. The use of collars has increased heat detection from 60% to 94%.

“The collars will be put on to the cows in mid-December this year, three to four weeks before AI’ing, in order to get a reference cycle for comparison. A tight calving period is not so important for a pedigree herd, but a short calving interval is,” he said.

Precise measurements of a heifer’s internal pelvic area before service can identify animals that may not breed well, minimising difficult calvings and saving farmers significant amounts in rearing and veterinary costs.

The Rice pelvimeter allows vets to accurately measure the internal width and depth of the pelvis before service and use these figures to relate to calving ease in nine months’ time.

Vet Andy Adler of Synergy Farm Health explained the cost benefit of this is better in a pedigree herd compared with a commercial system, but identifying just one heifer that would need a caesarean is useful information for all beef farmers.

“If heifers haven’t reached target pelvic size at the time of service they are not a quality animal. Don’t be tempted to keep them on for longer or they will cost you money and affect the future of the herd,” he said.

Virtual fencing using GPS could save livestock farmers huge amounts of money, give them tighter control of grazing and even see them go into no-fuss partnerships with rotational arable farmers.

With no sensors, aerials or base units required, this system, though still in its research phase, could save farmers a wealth of time and effort as it can be used as both perimeter fencing and dividing paddocks.

Using the latest computer software, a line is simply drawn on to a farm map to mark the area livestock can graze. This could be particularly labour-saving with rotational, strip or mob grazing systems where fencing can be moved daily. 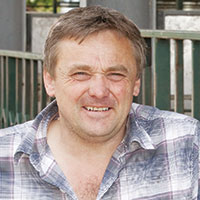 Agricultural consultant Neil Rowe (right)  believed this technology would give livestock farmers a huge opportunity to become part of the arable rotation.

“More arable farmers are seeing the benefit of a grass break for their soils, but don’t want to own beef cattle or sheep. This fencing will revolutionise the possibility of grazing livestock without having to physically divide up large arable fields,” he said.

Read more on precision technology in the dairy herd