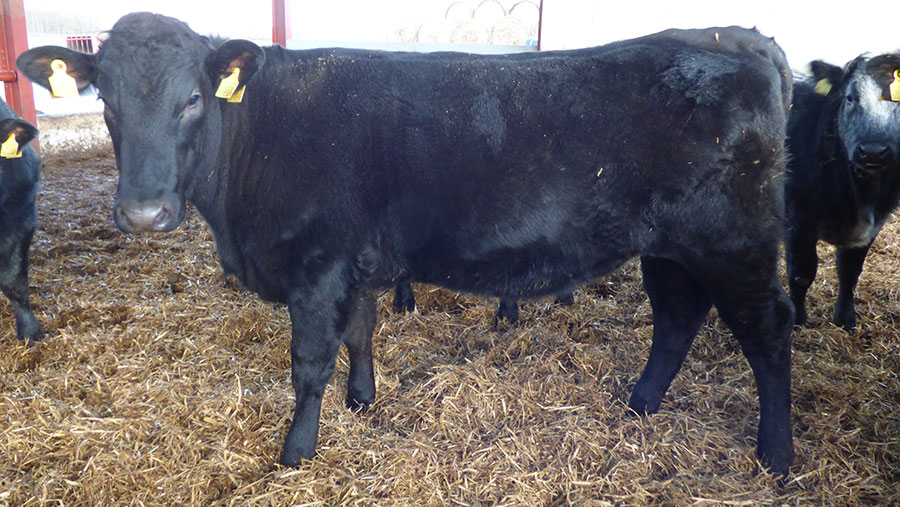 Mr Powley, who farms with his father, is making changes to ensure the 280-head herd can be run as a one-man band.

He is also using different cropping and cultivation techniques to improve the soil structure and health of his arable ground.

Speaking at the British Cattle Breeders Conference on 22 January, the former Farmers Weekly Beef Farmer of the Year described the steps he is taking.

The Powley family is switching from Limousin to the dual-purpose Norwegian Red.

However, in an attempt to reduce cow size and improve milkiness, they are now using Norwegian Red. Angus is used on virgin heifers and first calvers because of their lower birthweights and ease of calving.

Cows are still mated to Belgian Blue. Everything is AI’d during a nine-week period, giving animals three chances to get in-calf.

They already have 12-15 South Devon cross Norwegian Red on the ground. The heifers calved easily and they have grown exceptionally, averaging 1.25kg/day from a forage-based diet.

“We want ghost cows – those you see once at service and [they] disappear back into the herd until calving,” Mr Powley says. 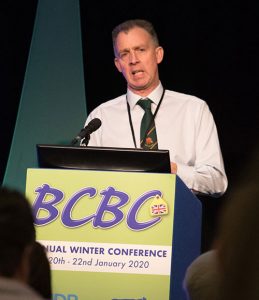 In October 2017, the Powleys started building a new beef unit on a greenfield site to consolidate the workload.

Previously, cattle were housed on three different sites and it was taking Mr Powley six to seven hours a day to move feed, straw and implements between units. 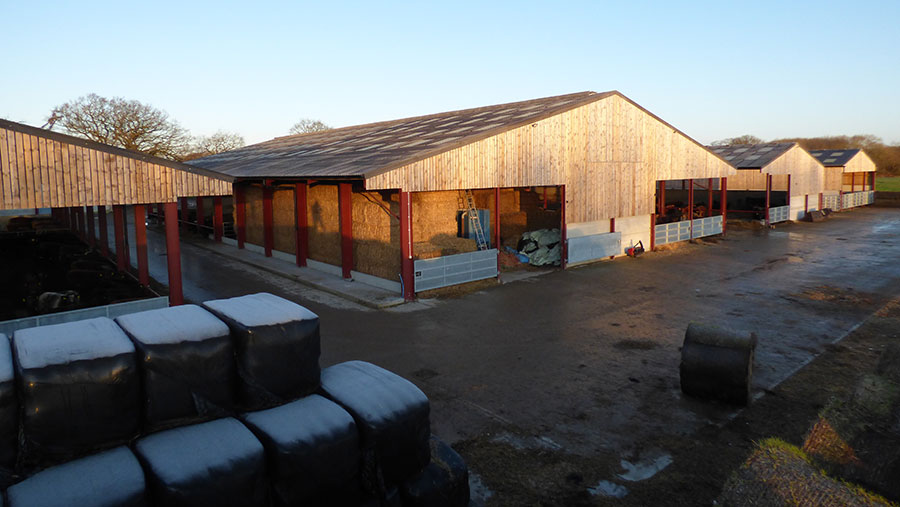 The new unit, which was finished last year, comprises five buildings: a heifer shed, a cow shed, a bull finishing shed, a workshop and a fifth building that houses 14 calving pens and a handling unit.

Mr Powley says it has saved three to four hours a day – the equivalent of 800 hours in the winter or one labourer for 20 weeks.

“Of all the things on the farm, the handling system is the best investment we have made. I can weigh 45 heifers in 20 minutes.”

Changing from ploughing and power harrowing arable land to a no-till system has transformed soil quality.

This change in cultivation policy was triggered by a visit to regenerative farmer Gabe Brown in the US, organised by Asda.

They are also using low-ground-pressure tyres of 6psi and dual wheels to prevent compaction.

“We used to grow a lot of sugar beet. When we stopped doing this, we realised how much the soil structure improved because we weren’t trying to lift sugar beet in the winter.”

Arable ground is off-lying land, making it difficult to rotationally graze with cattle, so Mr Powley is improving soil structure by introducing red clover into the rotation. This is fed to stock at housing. 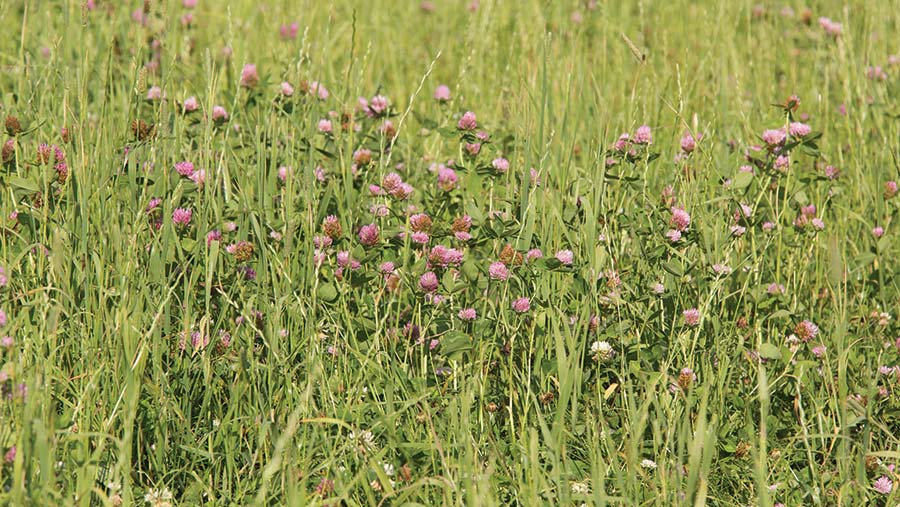 “We haven’t used any phosphate fertiliser for 10 years, aside from on the grass reseeds, and we don’t use seed treatments or insecticides. We are getting 5t/acre of wheat using 180kg of nitrogen.”